New ground is a goer… now the hard work begins 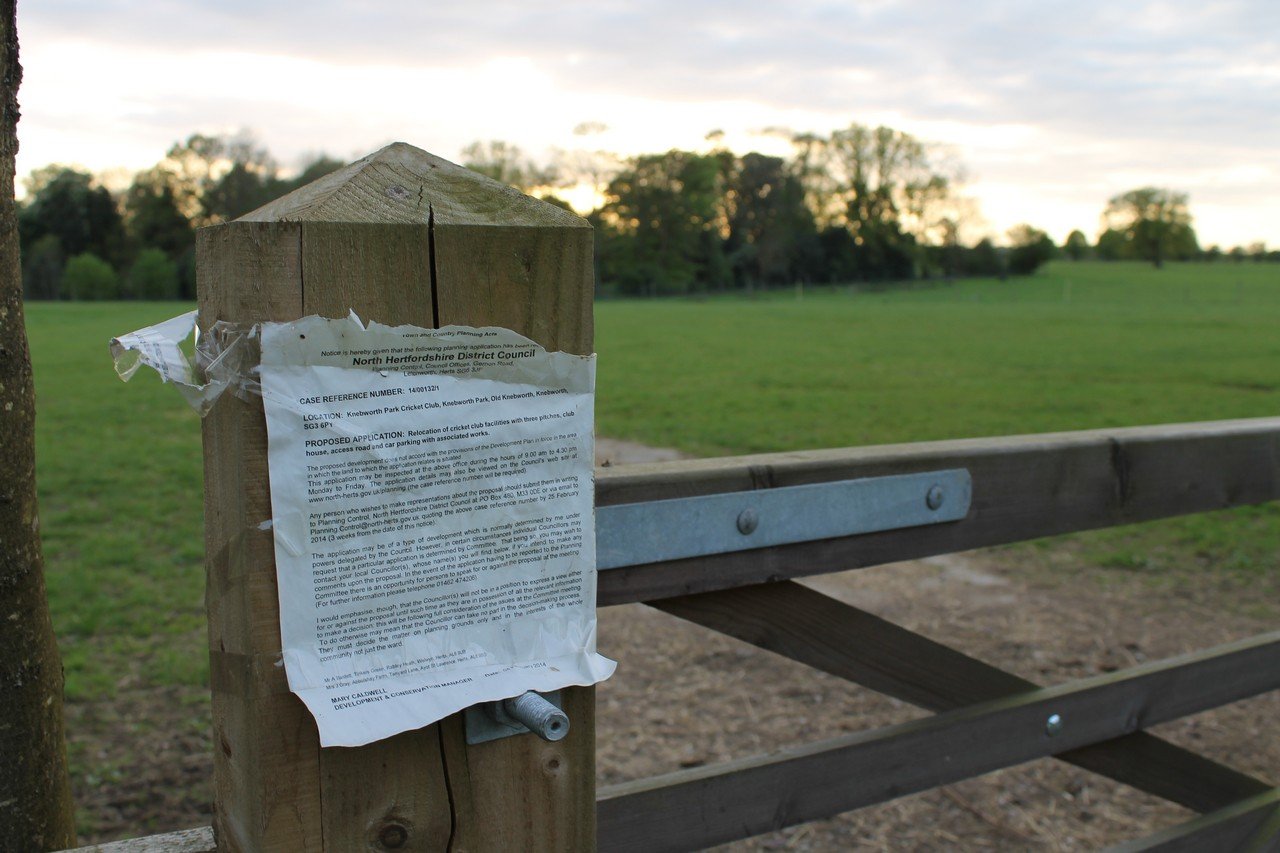 WE made it by the skin of our teeth…  now, we can start planning a bright new future for Knebworth Park Cricket Club.

Our plans for a new ground and pavilion at Jubilee Field off Park Lane were given planning permission by the narrow margin of five votes to four by members of North Herts District Council.

This was despite sustained opposition from some people living nearby and having scaled back our plans since they were first submitted earlier in the year.

Chairman Chris Johnson said; ‘This comes as much relief and is the result of a huge amount of work over many years and months, in particular by Kim Kerton. The quantity of meetings, discussions, negotiations, emails and phone calls just does not bear thinking about. A real big thank you and well done to Kim and all who helped, especially Scott Associates, the architects, who advised us throughout.

‘There have been various phases to the whole project. Mike Jones and Graham Fisher worked tirelessly in the early days and then crucially Paul Mather and Kevin Orchard picked up the baton to ignite the scheme and lay the foundation for the application.

‘More recently, Steve Holmes linked us with legal support and Bret Painter used his expertise as an illustrator to support the application.

‘At the meeting, the local residents and a local district councillor spoke strongly to object to the scheme. After that Kim presented our case, highlighting all the strengths, history and background of the club and what the scheme would bring to the local community, to sport and securing the longevity of the club – and the benefits the project would bring. Then came the nervous and tense wait as the councillors voted in our favour.

‘Ahead of us lies much hard work to translate the plans into reality and the strategy for this will be put forward to members in the new year.’

The club would have been happy to stay at its present ground but was asked to move by the Knebworth House estate as it wants to find other uses for the site.

Our original proposals would have included three pitches as well as solving problems of having inadequate facilities for our burgeoning girls’ section and to accommodate disabled players.

They were slated for refusal by the council but we amended the design of the pavilion and agreed to more planting and drainage improvements to meet the planners’ concerns.

Under the revised scheme, our new ground will have two pitches as well as parking space for 66 cars.

The cost of redevelopment has been put at £1million and the club will now begin the long process of raising cash from grants and other sources to fund it. Once work has started, it could be several years before the ground is ready to start playing.

Fielding position: This is the site of the proposed new ground