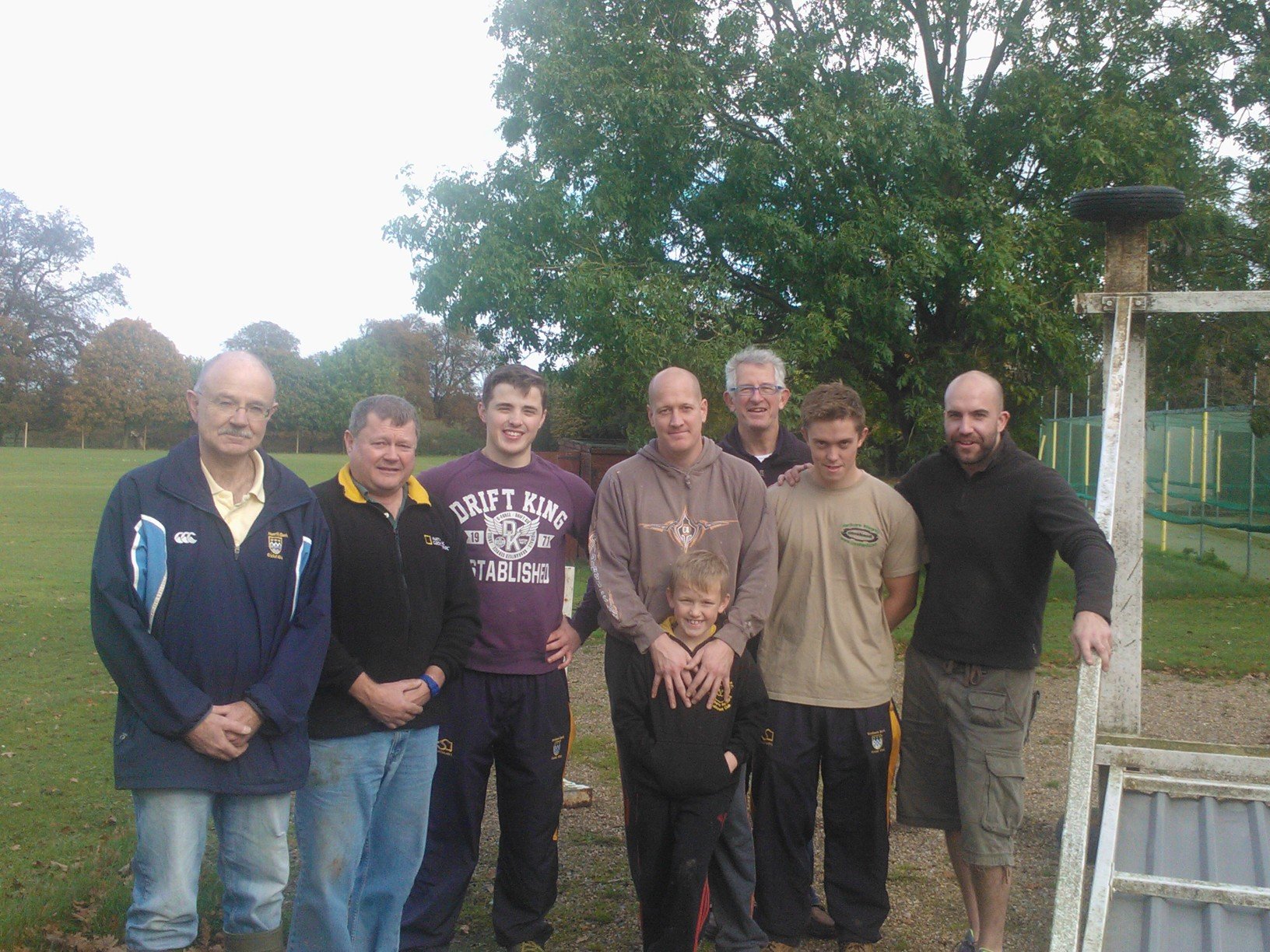 A last-minute call for volunteers made sure Knebworth Park’s ground was set straight for the close season on Sunday.

The team spent part of the morning tying up the nets, taking down the canvas sight screen and laying down the wheeled screens, the last remaining major jobs before winter sets in.

Chairman Chris Johnson said: ‘The turnout represented all senior sections of the club. We’re lucky to have such enthusiastic helpers who have the club’s best interests at heart. Thanks to everyone for turning out at such short notice.

‘The two work parties this autumn have been about the best ever, so well done and thanks to all that have helped. It was terrific stuff.’

Taking a break: The work party at the Park on Sunday. Mark Folwell is not in the picture as he was busy working in the clubhouse