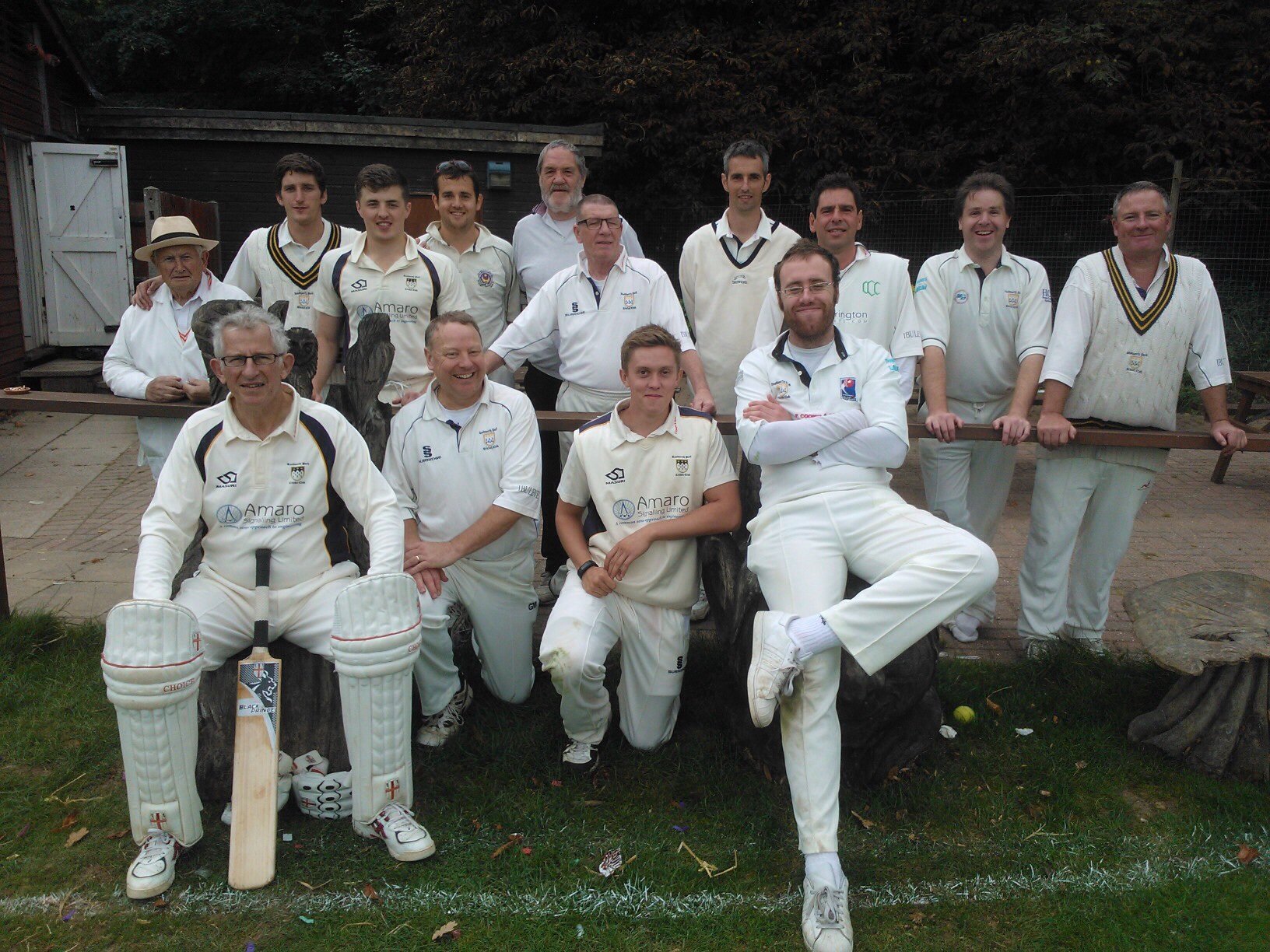 Farewell: Bobby Crowe at his final game for the Park

The final game of the season proved a fitting farewell to Bobby Crowe, who played what could be his last game for the club ahead of his move to Worthing.

The match was delayed as taking down the marquee and the clear-up from the previous night’s wedding celebrations took longer than expected.

One of the statues proved impossible to move so stood on the outfield like the tree at Canterbury. Local rules were in force and umpires were told to signal a four if it was hit… which it was on one occasion.

Harrow Wayfarers provided the opposition and set a challenging total of 200-7 with Richard Leather’s three wickets making him the pick of the bowlers.

In reply, the Park fell 18 runs short despite an excellent half-century from Ross Courtney.

Chairman Chris Johnson said: ‘It was a great send off for Mad Dog – a lovely day enjoyed by all with an excellent game.’

Fancy that: We thought the umpires wore white but Bill Dance has different ideas

Worthing here he comes: Bobby Crowe lines up with his team-mates