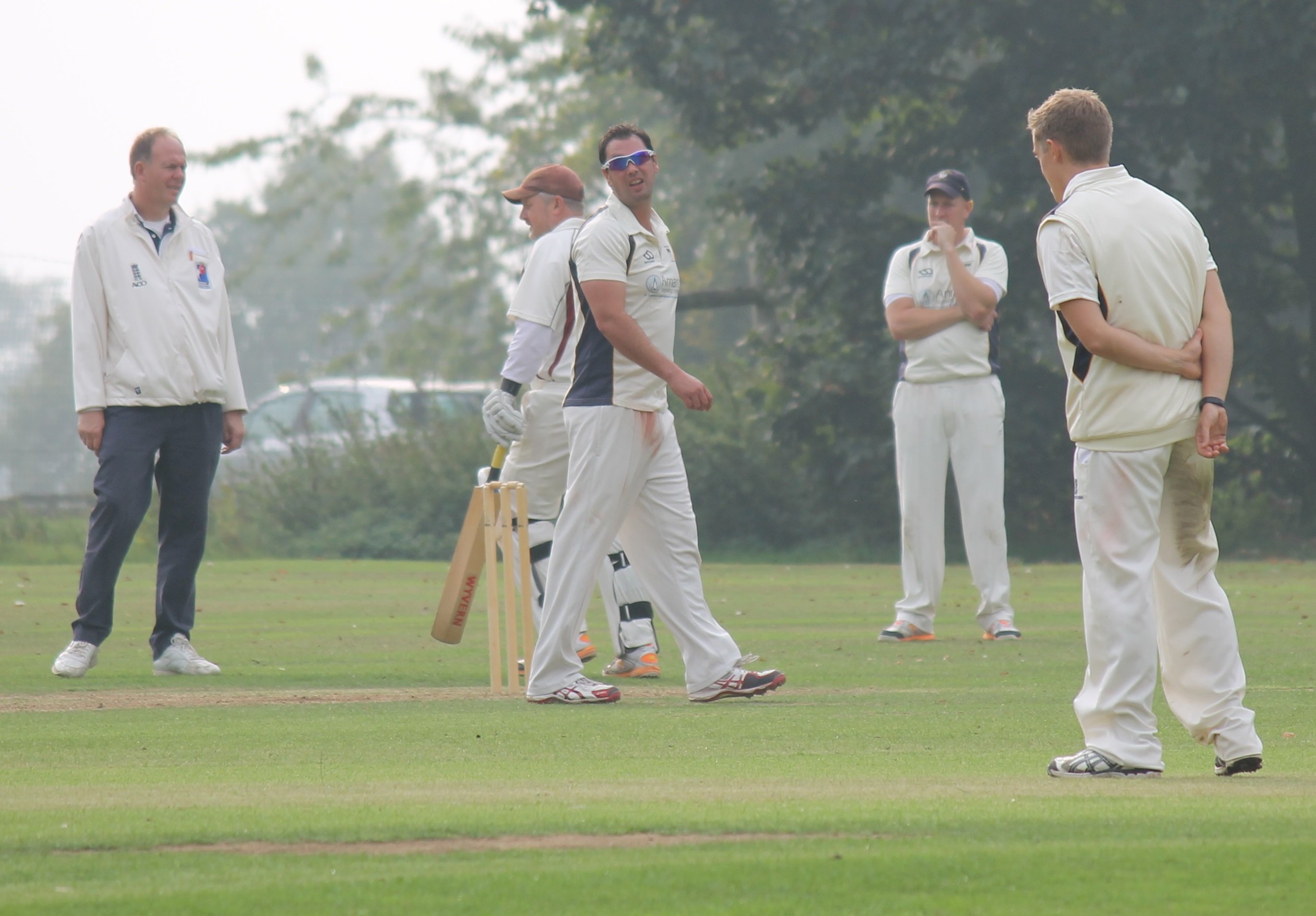 Seventh heaven: Guy Warman led by example with bat and ball as the Seconds ended their season on a high

Guy Warman took seven wickets as the Seconds clinched a thrilling victory against table-topping Harpenden to ensure a top half finish at the end of their division three campaign.

The stand-in skipper returned figures of 7-88 in 21 overs as the visitors were bundled out for 153, falling 19 runs short of victory.

Warman bowled the Harpenden No.11 to secure the points after a tenth-wicket stand of 25 had given the Park a few anxious moments in the gathering gloom.

It ensured the Seconds were in the top half of the table after a topsy-turvy season in which they struggled for consistency.

Earlier, the Park had struggled to build enough substantial partnerships to post an imposing total as they were bowled out for 171.

Ollie Pitts top-scored with 36 and there were handy contributions from Sayf-Ali Khan (23), Warman (28) and Ben Orchard (26 not out).

In response, the visitors got away to a quick start and appeared to have victory in sight at 68 for two with just 14 overs gone.

But after Warman struck twice in an over, they were reduced to 89-5. Wickets continued to fall steadily and at 128-9 victory seemed to be in the bag for the Park.

However, despite boisterous support from the crowd and the evening drawing in, it was the Harpenden last pair who seemed to have situation under control as they flicked a series of boundaries to set the home nerves jangling.

Then Warman produced the perfect straight, fast and full delivery to castle the Haprenden No.11 and clinch the 30 points.