Our heroes are OSCA winners 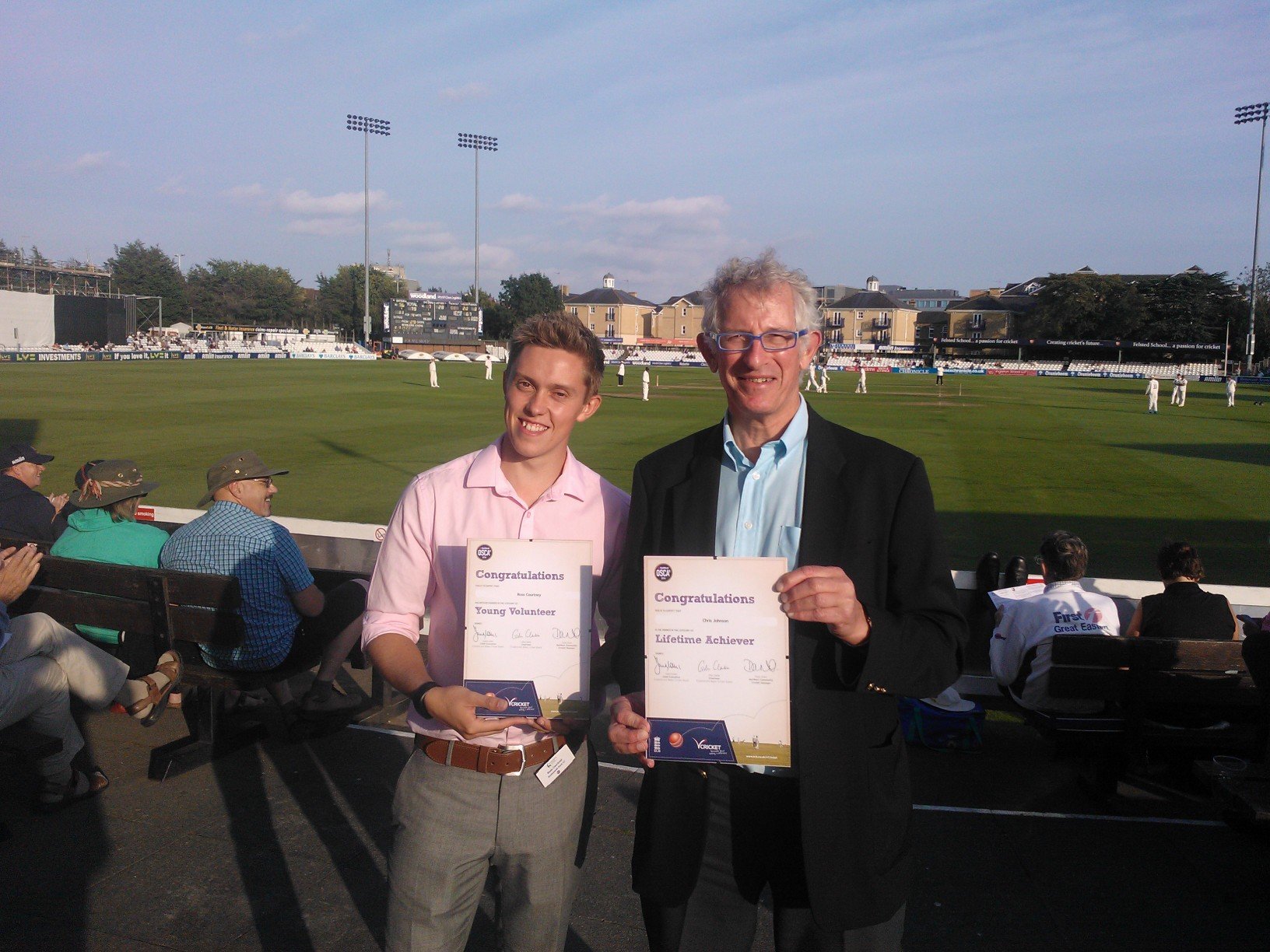 Cricketing heroes: Ross Courtney and Chris Johnson with their certificates

Two of the Park’s greatest servants were honoured today for their dedication to the club and cricket in the wider community.

He will now compete for the national award at a special luncheon at Lord’s next month.

Ross Courtney was the runner-up in the young volunteer category; unfortunately, there is no national winner for this section.

The pair were presented with their certificates at the Essex v Kent match at Chelmsford, where all the nominees in the seven OSCA categories were invited to enjoy a day’s cricket and hospitality.

Chris was honoured for his 50 years of commitment to Knebworth Park. In that time, the club has grown into one of the largest in the county, fielding six league teams, as well as running a full programme of friendlies. It also has a thriving junior section and one of the most successful girls sections in the region.

Chris has been the driving force behind much of this: launching new teams, developing the ground and passing his passion for the game on to generation after generation of young cricketers.

Ross was nominated for his work around the club and in the wider community. He is an enthusiastic coach, helping youngsters in the club, during our summer camps and in schools in the area. Anyone who has played this year will have noticed his sterling efforts as groundsman, with the Park looking and playing better than it has done for many seasons.

Chris was typically modest about his own award, saying ruefully that he felt Ross’s ‘efforts across the club and beyond would have made him a worthy winner’.

He also offered his thanks to David Baird for making the nomination pitches and for Nick English and Alex Richmond for their support on the day.