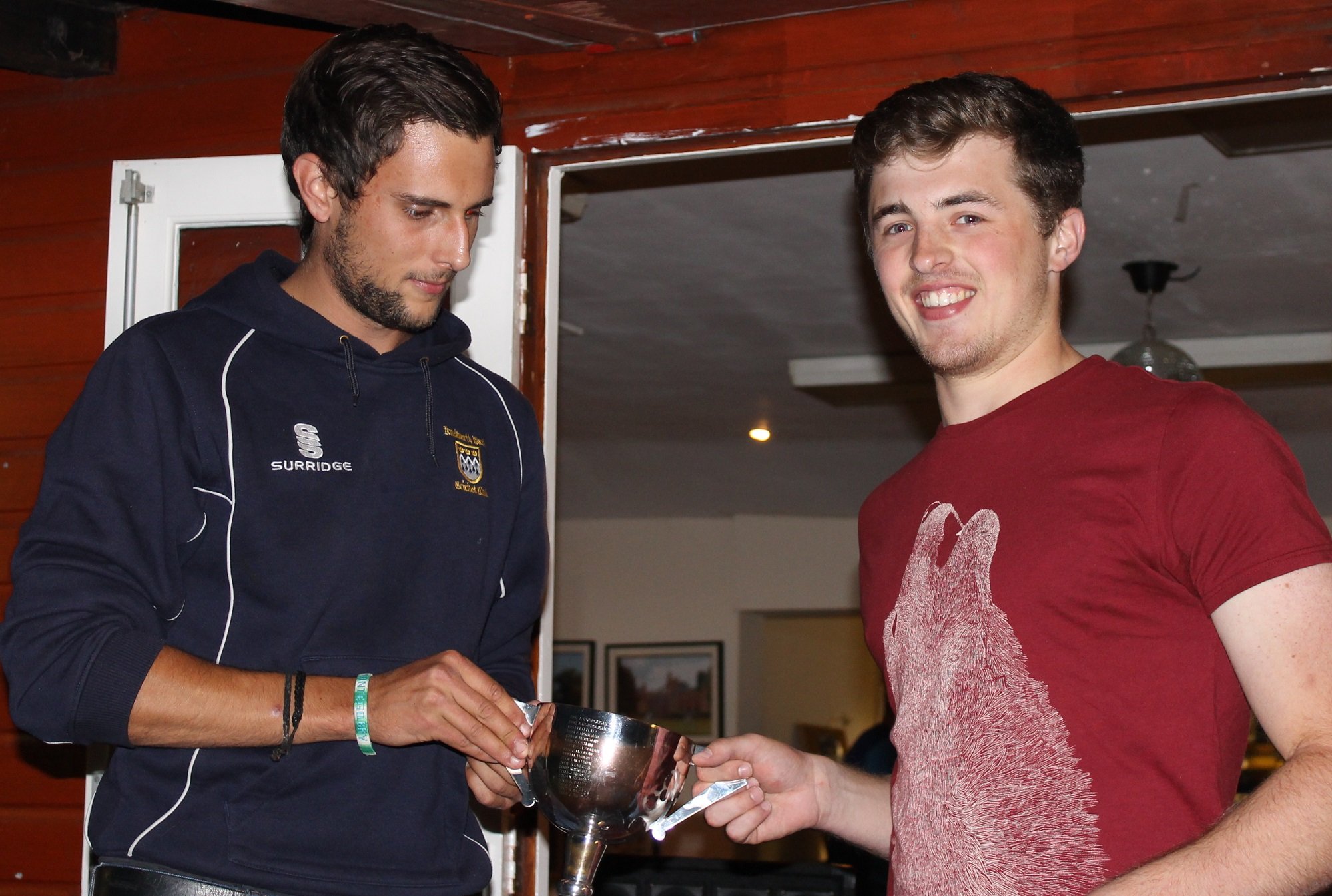 Richard and James Leather took a share of the spoils as the club handed out its annual awards at its end-of-season presentation evening on Saturday.

Richard was given the batsman of the year for the Firsts, marking a season in which he chalked up more than 600 runs and became the first home-based player to score two centuries in a season for the top team.

His brother was handed the performance of the year award for his astonishing seven-wicket burst which turned a losing situation into an amazing victory over league leaders Hertford in one of the high points of the season.

But he was pipped to the bowler of the year prize by overseas player Parth Patel, who took the most wickets in the course of the Firsts’ championship campaign.

The closest-fought award of the night – the Fourths’ player of the year – went to Dave Barwick, who was neck-and-neck with Nick English going into the final match of the season. But Barwick’s calm 42 not out in Saturday’s game at Cockfosters was enough to win the game and secure the trophy.

Seconds player of the year went to Adrian Holmes, who enjoyed a profilic season with the bat, notching one century and narrowly missing out on a second against Totteridge Millhillians last weekend.

Despite a disappointing season, the Thirds had something to cheer with the emergence of several younger players, including Robert Morley, who took the team’s player of the year award.

Skipper Dave Mantle awarded the Fifth team trophy to young bowler Ben Smith who he said had rarely got the rewards he deserved for his consistent performances during the season.

Off the pitch, members’ secretary Richard Jones was handed the clubman of the year trophy, while the Ted Skeggs memorial award went to Bill and Jean Dance for their three decades of service to the club.

In his remarks, Bill, who has not missed a game for the Thirds this year, said he was delighted to see younger players making a good impression this year and called for the club to continue this momentum.

The juniors’ presentation evening will be held on Sunday, September 21, at 5pm, with some friendly matches beginning at 2pm.

Performance of the year: James Leather receives his trophy from Chris Johnson

Firsts bowler of the year: Parth Patel is handed his trophy by Charlie Randall

Thirds player of the year: Robert Morley admires his award

Fourths player of the year: Dave Barwick offers some coaching advice after accepting his award

Fifths player of the year: Young bowler Ben Smith makes a fleeting appearance on the pavilion steps to accept his award

Clubman of the year: Richard Jones is all smiles as he receives his trophy

Ted Skeggs memorial award: Bill and Jean Dance were honoured for their decades of service to the club