Athers hands over the spoils 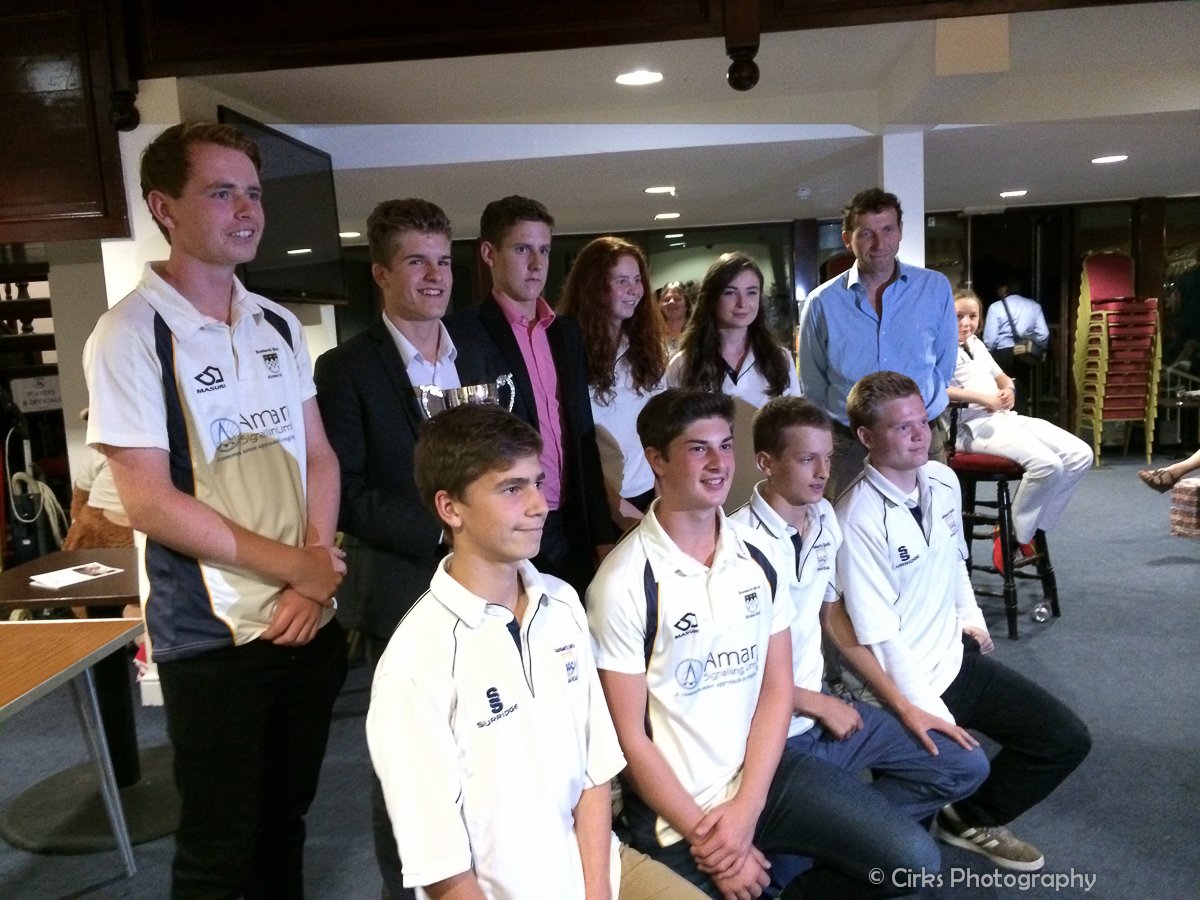 Champions: The under-17s pose with Michael Atherton after being presented with their trophy

Our county champion junior sides have been presented with their trophies by former England captain Mike Atherton.

The under-17s and girls under-15 sides were among the winning teams honoured at the Herts Junior League presentation at Radlett.

The under-17s were crowned champions after a thrilling 20-run win against Broxbourne at Bishop’s Stortford two weeks ago, while the girls triumphed by the narrowest of margins – fewer wickets lost – in their final held at the Park earlier in the season.

Meanwhile, the club’s own junior presentation day will be held at the Park later today.

Junior chairman Russell Haggar said: ‘We’re going to put on a match or two, mixing up the age groups, so it’d be great to see as many of you as possible at the club tomorrow afternoon.

‘The match or matches will start at 2.30pm, so if you can get to the club before that then we’ll be able to sort out the teams.

At’s my girl: Michael Atherton with Catherine Cirkel, the first junior girl to score a century for Hertfordshire

‘If you can’t get along until a little later, please do still turn up and we’ll slot you in somewhere. We’re also looking for parents to join in, regardless of prior experience, to make it a fun afternoon for all.

‘We’ll finish the matches by 5pm, roll straight into the presentations for each age group, and aim to be all wrapped up by 6pm so as not to impinge on homework, bath time or Downton Abbey.

‘We’ll also be making a few announcements about winter nets (this year we’ll be starting before Christmas for the juniors), development coaching within the club, coaches for next season and so on.

‘And as if that wasn’t enough to entice you along, the bar and BBQ will be open for business.

‘We appreciate that the football and rugby seasons are well underway by now, but we hope to see many of you tomorrow for some cricketing fun.’

Editor’s note: Yes, you have seen some of this before. This is an updated version with added pictures of an earlier post.

Winners: Our girls under-15s line up with Michael Atherton at the HJL presentation evening