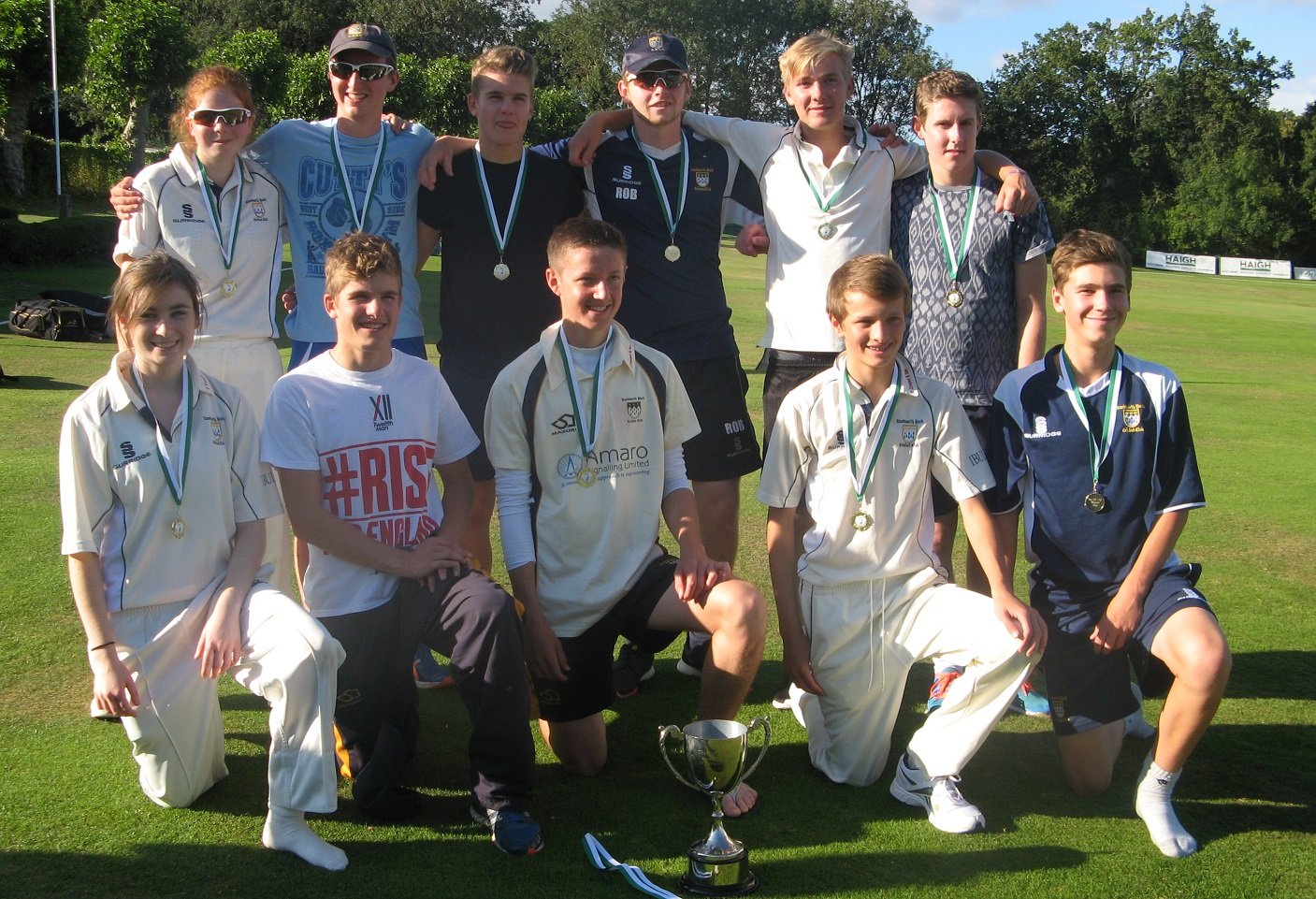 Proud: The under-17s celebrate their victory

Knebworth’s talented under-17s gave the club a much-needed lift by winning the county title in a closely fought encounter with Broxbourne on Sunday.

They ran out winners by 20 runs, having survived a late rally by the opposition which made the result closer than it might have been.

Put into bat on the main square at Bishop’s Stortford, Knebworth batted carefully with openers Robert Morley (48) and Ben Cowell (38) putting on 68 in 19 overs.

Spinners Oakes (5-35) and Billings helped by seamer Cook got to work on a responsive track and the anticipated increase in tempo became a clatter of wickets.

A competitive total of 134 was reached only with some lusty blows from Harry Holman, Tom Carter and Archie Stephens.

Knebworth got among the wickets immediately; 8-2 became 48-7 then 65-9, with a scoring rate hovering at just three an over.

All the Knebworth bowlers were able to keep control supported by tigerish and committed fielding.

Jack Orchard threw down the stumps with Miller just short, while several more direct hits meant Broxbourne were cautious between the wickets.

No.9 Billings then got to work hitting a high-class 50.

The control KPCC had was rapidly disappearing; players, who earlier had thought the game was over, were anxious. However, with the score on 114, Billings tried one big hit too many and he holed out to Tom Hills who made an excellent catch under pressure, sparking a celebration as much of relief as joy.

It was a high-quality match, played in a good spirit. The Knebworth boys really did the club proud playing as a team supporting each other throughout, which was noted by HJL President John Favager and the umpires at the presentation. Even as Billings was hitting his way to our total the KPCC team believed they would win

Victory: Skipper Jack Orchard is presented with the trophy