Third XI: The Hills are alive… but his team is down 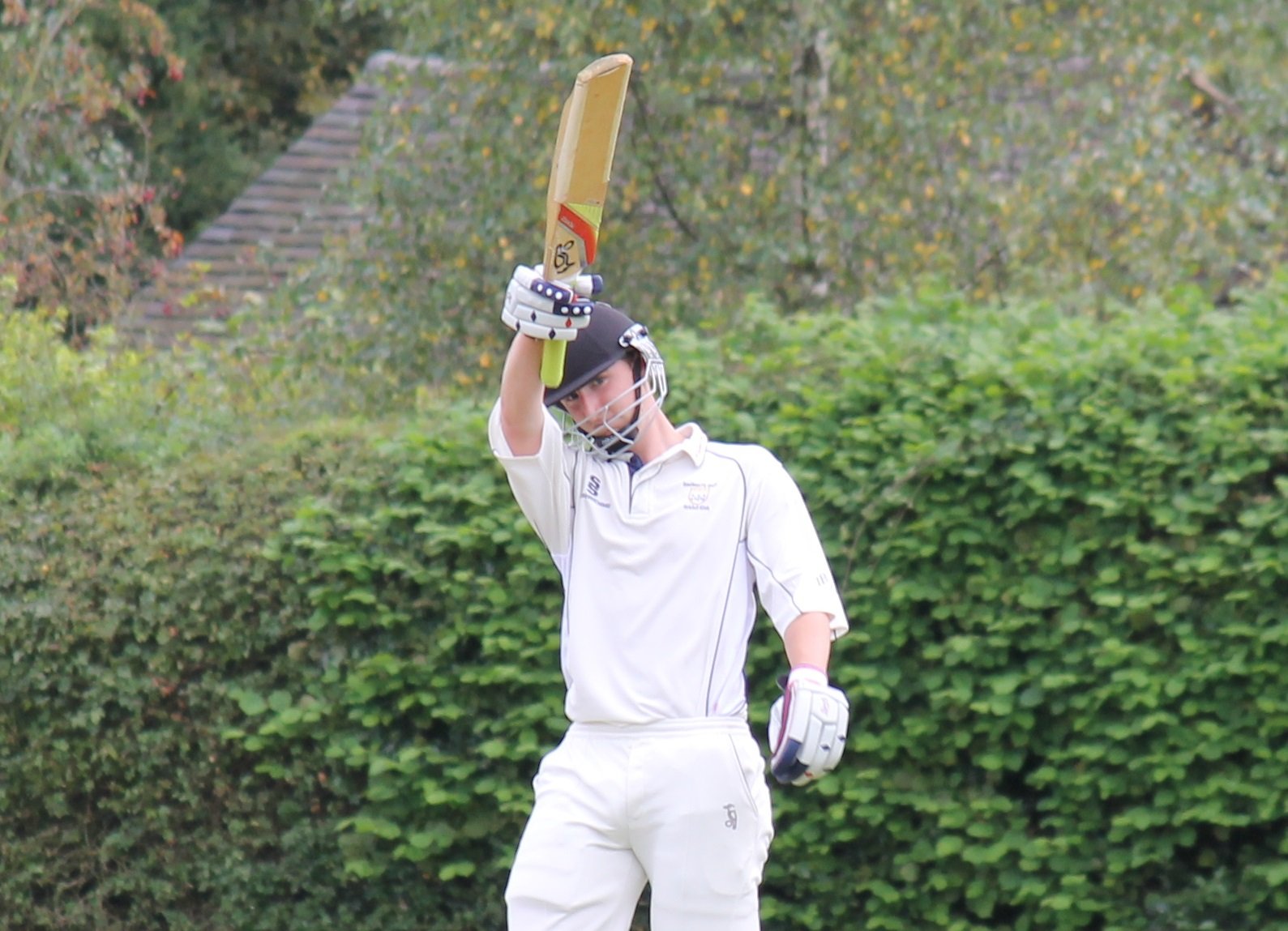 In touch: Tom Hills celebrates reaching his half-century at Preston

Tom Hills battled to a fine half-century but there was to be no miracle escape from relegation for the Thirds on Saturday.

The teenager top-scored on a low, slow wicket against Preston II as Sean Carmody’s men looked for a victory to give them a glimmer of hope of avoiding the drop.

But they could only muster 143 all out, which never really looked enough despite the slow outfield and slightly damp conditions.

The opposition were made to work hard for their runs but eventually cruised to a seven-wicket win which condemns the Thirds to a slide down the divisions under next year’s revamped league structure.

Earlier, Carmody won the toss and opted to bat on a green wicket which was still a touch damp from the week’s rain.

After two early wickets, the Park rebuilt steadily through Hills and Ian Pickering who made 29 before being given LBW playing a poor sweep shot.

Hills and emerging young talent, under-14 Louis Heap, then embarked on the most fluent partnership of the innings.

But when a weary Hills departed for a well-made 59 and Heap chipped to mid-on for 24 the innings somewhat fell away.

In the Preston reply, Mark Taylor picked up one early wicket and, although they were never really batting fluently on the slow pitch, the second-wicket pair were playing sensibly and built the score steadily.

There was a glimmer of hope when Carmody forced the No.3 into a loose stroke, which was smartly caught by Heap at cover.

Pickering, given his first bowl for several seasons, also captured a wicket, smartly snaffled behind the stumps by Bobby Orlandi, as he turned in a tidy spell of nine overs for just 13 runs which made the Preston batsmen work hard for their victory.

But there was just not enough runs on the board as former Park player Ashley Catlin took Preston home with a well-judged 41.