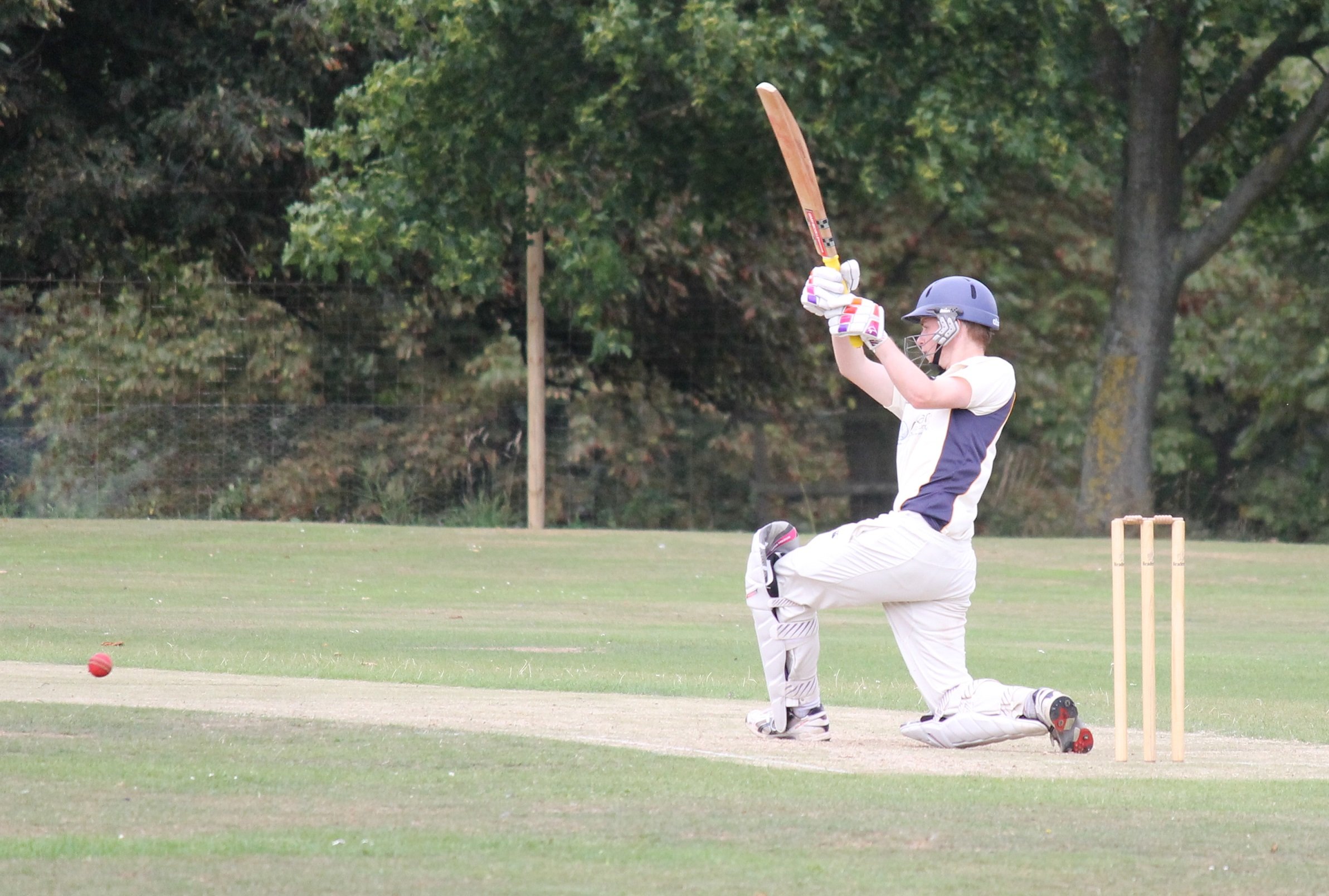 On the attack: Robert Morley swings one away as he compiles his first league half-century

The teenager, who was denied a fifty in one of his last home knocks when he was dismissed for 49, made a classy 64 holding together his side’s innings of 213-8 to secure maximum batting points.

In the field, Sean Carmody’s men put in another decent stint, fielding and bowling with great energy against a strong batting line-up.

A few dropped chances and too many clumsy misfields were to prove the difference and the visitors rode their luck to get home with three wickets and a couple of overs to spare.

Captain Carmody had no hesitation in choosing to bat when he won the toss on a hard wicket that looked chock full of runs.

Nick English (34) helped Morley get the innings off to a brisk start putting on a half-century opening stand.

But the wicket was much deader than it had appeared and with no pace on the ball and the opposition’s dobbers maintaining a steady line and length the scoring slowed.

After first Morley and then Ian Pickering (25) departed, it was left to Steve Holmes with an adventurous 38 to lift the total to 213-8.

With more pace on the ball from the home seamers, Watford were able to keep up with the rate despite the unlucky Mark Taylor picking up the first two wickets.

Carmody bowled his best spell for the Park, claiming 4-58, although that did scant justice to his sheer accuracy, persistence and stamina.

He took two wickets in two balls, both snaffled by the tidy Louis Clayton behind the stumps, to put the Park right in the game.

But Watford batted deep and, despite Joe Elliott producing the ball of the match, an inducker which trimmed the bails, it was not enough to prevent the victory.

However, the Thirds reeled in another valuable 17 points and can take great heart from another much-improved performance which must give them hope in their fight against relegation.