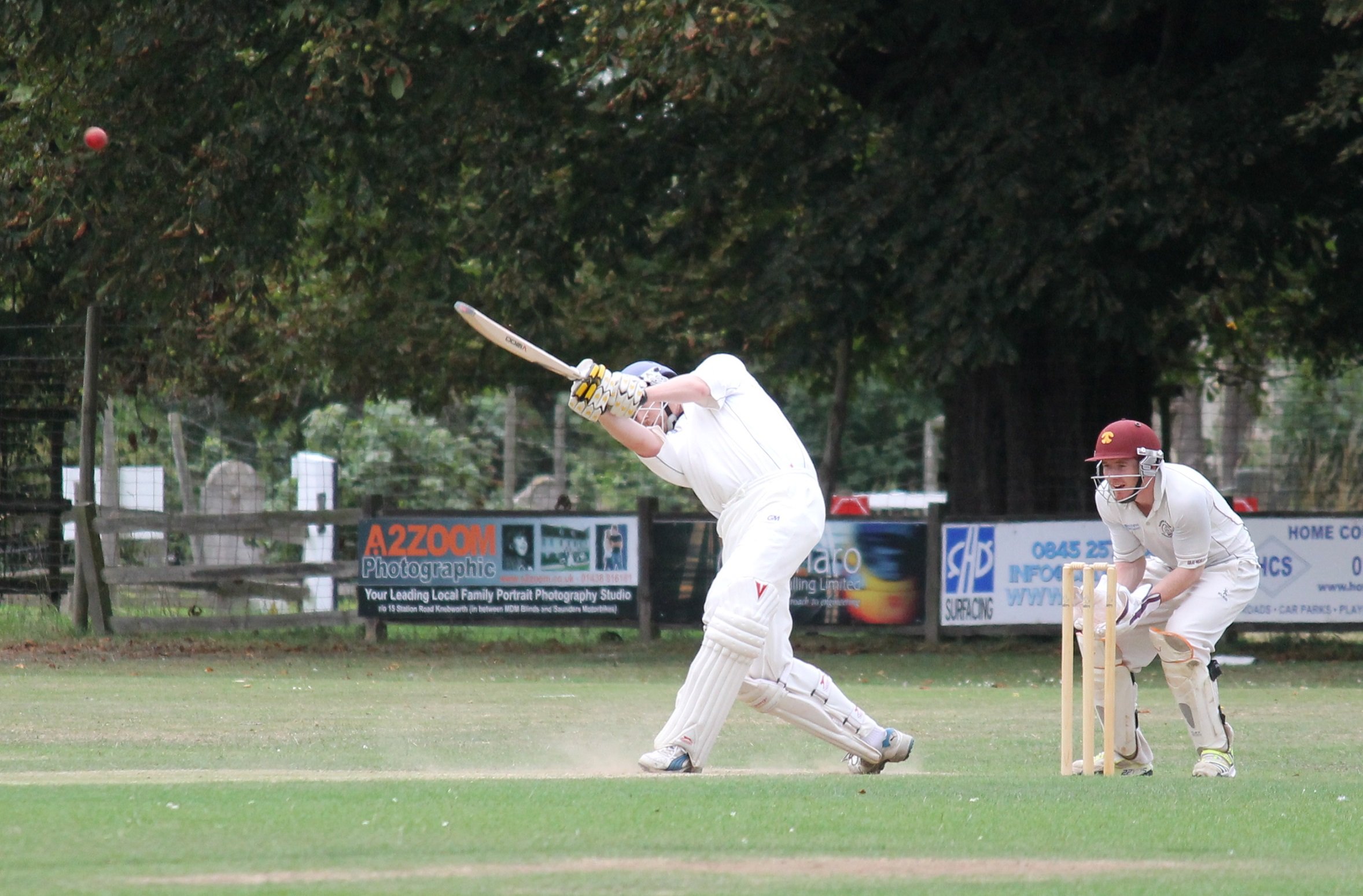 Wright stuff: Ed Wright smacks a straight six during his all-action innings of 40 against Hatfield Hyde

Sayf Ali Khan’s mature innings of 70 was the highlight of what was an otherwise disappointing meeting of two teams fighting for promotion when the Seconds hosted Hatfield Hyde on Saturday in a one-sided affair.

Knebworth won the toss and batted first in the batting friendly conditions.

Ryan Skeggs (24) and Adrian Holmes (33) got the park off to a great start, before Skeggs was caught and bowled.

This brought Khan (70) to the crease who played an innings of two halves. Upon joining Holmes at the crease, he proceeded to hit the ball around the park, racing to 30 in no time at all.

At this time, Holmes was out and Khan was joined by Guy Warman (28). Khan then took a back seat as Warman proceeded to hit the ball to all parts of the ground before being convincingly bowled.

With Alex Richmond being dubiously run out, the Park were having a wobble.

But the maturing Khan held the ship together with the second half to his innings being very patient.

Wright took the innings to 240 off 50 overs and allowing the captain to declare early.

In replay Hatfield Hyde set their stall out early, with three runs being scored off the first seven overs.

Three wickets from Guy Warman was the highlight of the innings, in which Hyde made no attempt to win the game from the very first over.

Graham Fisher who picked up two wickets had six men around the bat for his entire spell was the pick of the of other bowlers.

Hyde finished on 178 for 6 and both teams walked off the pitch looking forward to next week’s game.