Music day is a triumph 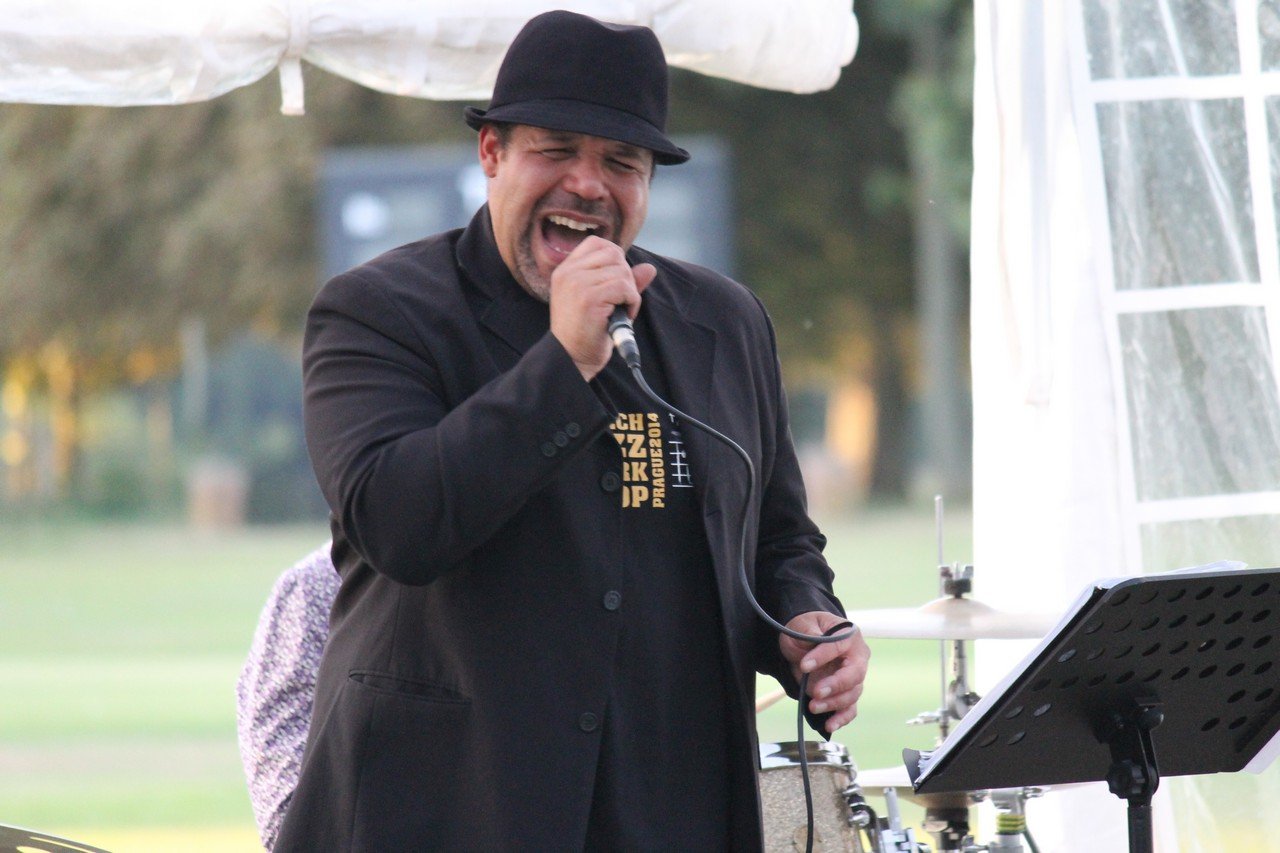 Dancin’ in the outfield: Gav Skeggs wows the crowd

Oasis? Red Hot Chilli Peppers? Robbie? Pah! They may all have rocked Knebworth but were any of them as much fun as our Music In The Park event on Sunday?

Well, we may exaggerate, but the cricket club’s day of family fun and music was a huge success, bringing new faces to the Park and raising much-needed funds.

Even the fickle holiday weather stayed fair, with a cool morning giving way to a dry and sometimes sunny afternoon.

The bouncy castle and the Kwik cricket kept the younger ones entertained while the crowd was treated to some superb performances on the music stage.

After an early marquee malfunction caused by an unexpected gust of wind, things were soon up and rocking with young trio The Oldtones, who were performing for the first time together after just a few rehearsals.

Ed, Alex and lead guitarist Guido soon had the place rocking with a short, tight set of rock ‘n’ roll classics, including a slick performance of The Beatles’ Come Together.

The crowd was then treated to some high-quality vocal performances from Holli Paige Farr, Caroline Pickering, Vanessa Skeggs and Emily Dunn, who mixed pop with West End hits, a little Guns ‘n’ Roses and a couple of Disney classics thrown in for good measure.

Emily, who has just finished a stint on the West End stage where she was seen in the lead role in Mamma Mia!, reprised some Abba’s hits, including one sung in faultless a Capella style.

As chairman Chris Johnson remarked: ‘How much is a ticket to Mamma Mia! £75 or so? I can’t believe we are here at Knebworth getting this for next to nothing.’

In the evening, it was over to the marvellous Gav Skeggs and his band, who soon had them dancing on the outfield with his exceptional vocals in his usual easy, smooth style.

Organiser Shaun Robinson was delighted with the day. He said: ‘This was exactly the sort of pick-me-up the club needed. The performances were outstanding, probably the best ever seen at the Park.

‘The bar was busy, the atmosphere was great and thankfully the weather was with us.

‘There are just too many individuals to thank and they all deserve their Club hero of the week accolade. This was an amazing team effort.

‘It would have been nice to have seen a few more club members among the crowd supporting their hard work but there is always next year when we hope this event will be even better.’