Karun: We will come back stronger and better 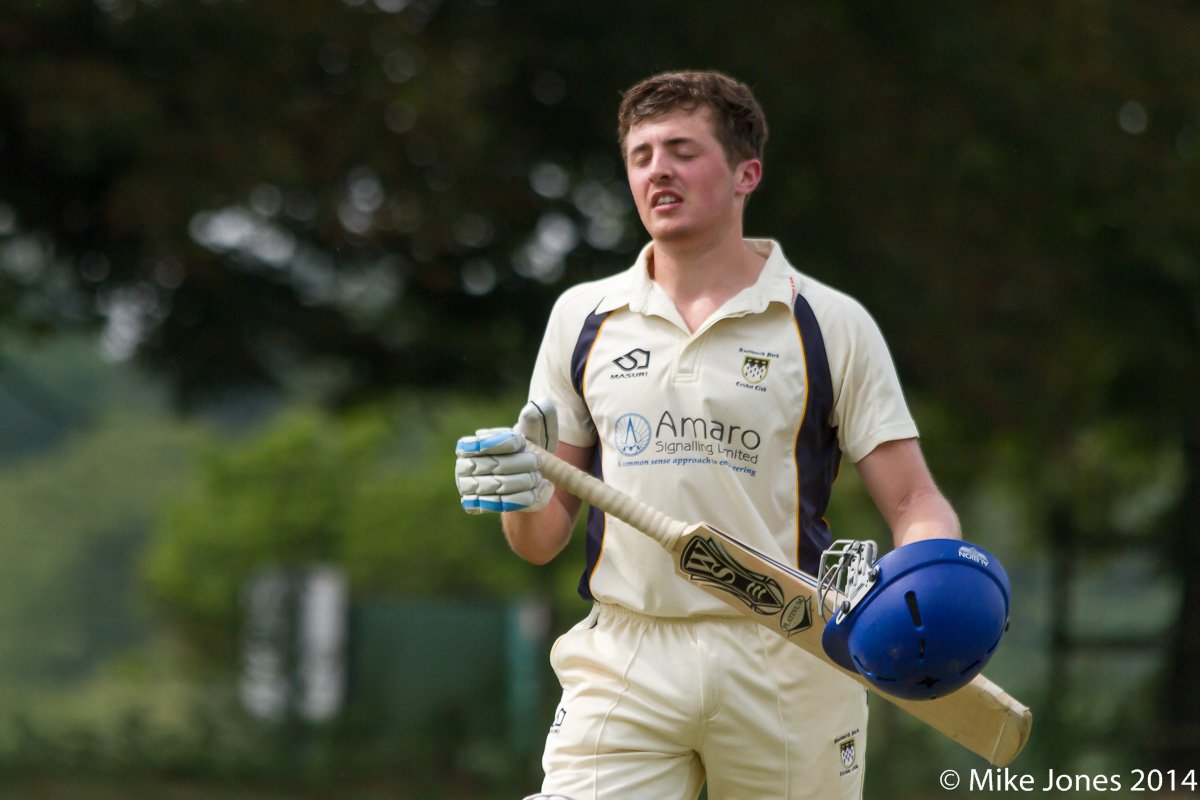 Painful: For youngsters, such as Richard Leather, defeat is a learning curve, says coach Karun Jethi

Knebworth Park coach Karun Jethi shrugged off the Firsts’ disappointing defeat at the weekend, saying his young charges will come back stronger from their experience.

The former Canada international said his side’s inability to chase down just 113 for victory would only be a concern if it kept happening.

But he said the Firsts, one of the youngest in the Championship, will learn and improve as a result of their experiences.

He told the KPCC website: ‘After defeating the best in our table, a win would have been icing on the cake but this is what cricket is all about. It is not what I was expecting for Chorleywood to win but I knew they will come strong at us because of our big win the previous week and, for us also, it was a challenge to keep the momentum going forward after defeating Hertford. This loss showed me some more areas where we have to improve.

‘To win matches and move up the table, we need to take wickets and chase runs. But in this particular game we were not able to score 112 and that was a setback.

‘I am quite happy with the effort put in by our bowlers who did really well to set up the game for us, but our batsmen let us down this time.

‘But then again us being the youngest side in this table, lack of experience and on-field game planning plays a huge part in our every game but that’s something they will grow into.

‘At this point, I’m not too concerned with this performance but it will become a bit of concern if it becomes a routine. We have to work hard to make sure that this doesn’t become a habit.

‘As I always say, even in every loss, it’s not all about negatives. If you are getting a team out for 112, it’s a big positive itself and it shows that our bowling is capable of destroying any team.

‘Our batting through most the season has shown dominance and it’s good to see our bowling doing that now.

‘If you look at our batting, Richard Leather is in top form, Adam Sergeant is batting well and Parth Patel and Jimmy Leather are playing their parts, while Charlie Randall and Shaun Robinson are finding form and other juniors who are playing in this team for first time are backing them up perfectly.

‘It is not easy to come and score runs every time you bat; you need to work hard for your runs. Some games are harder than others. In this level of cricket, the bowlers will find out your weak spot all the time so you have to be on top of it. You need to learn to survive that and try to score runs.

‘After every loss, lots of people have asked me about the aggressive approach of my batsmen this year and those trying to play big shots sometimes when they are not needed.

‘I am not really bothered about it because, to me, the attitude is more important than anything else. I will always defend my players because this aggressive yet positive approach have got us into the middle of the table this year compared with bottom as we were last year. With experience and proper guidance, they will learn to use their aggression to the best of their advantage and that’s my job and goal to get them doing.

‘We are still in good position to move up the ladder and end the season in the top four as the gap between third place team and us is about 30 points which is matter of one game.

‘But I expect a stern test of character and confidence in these last four games. It’s up to the boys now to play their hearts out and get the results they deserve.’