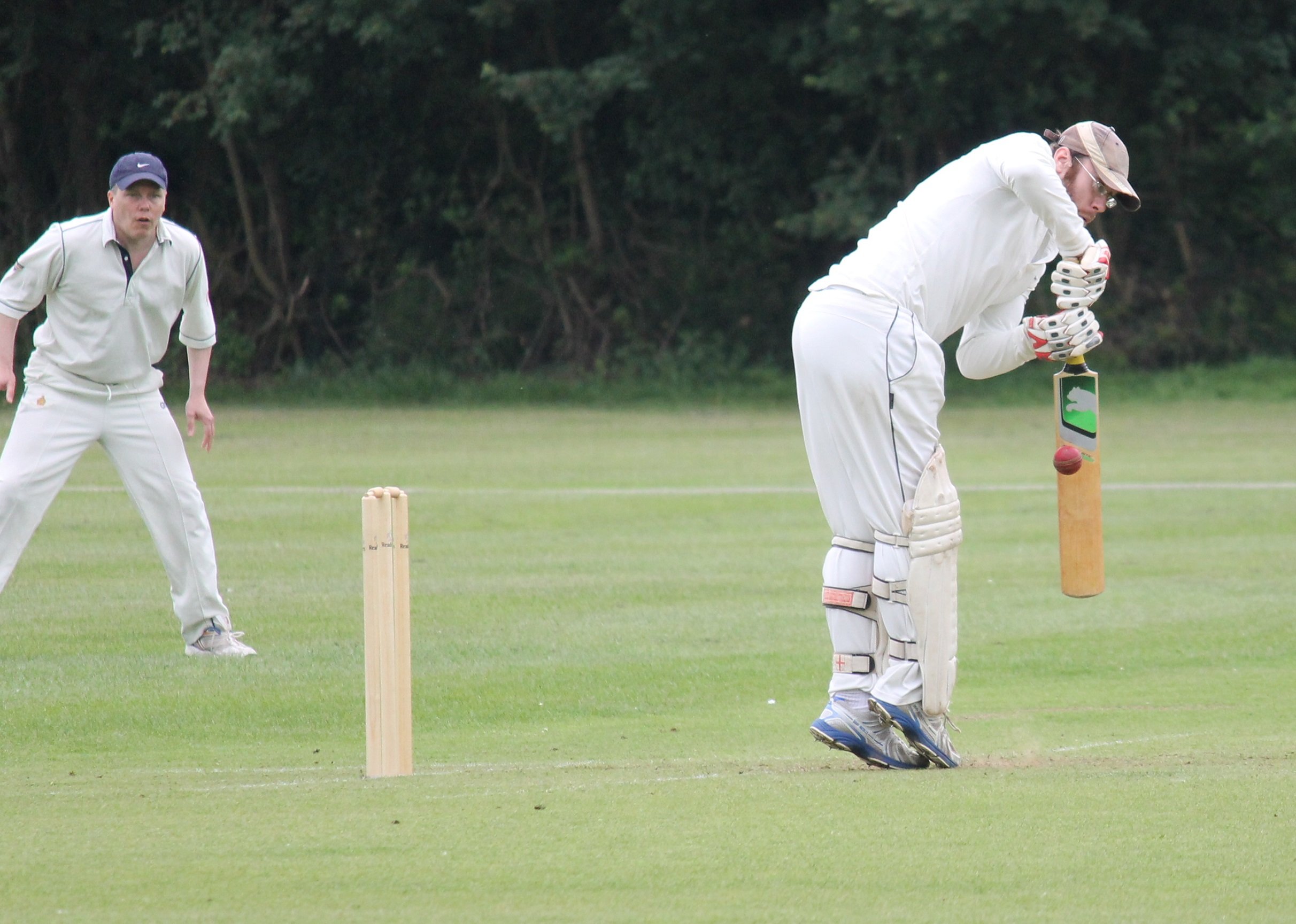 Runs and wickets: Bobby Crowe was in fine form with bat and ball

The Fourths welcomed Hatfield and Crusaders to the Park on Saturday to play out what turned out to be a very good game of cricket.

After winning a toss he would rather have lost, stand-in captain Dave Barwick chose to bat first on a decent-looking pitch.

Barwick and fellow opener Nick English struggled to find their usual rhythm in the early overs as overhead conditions proved helpful for the opposition bowlers.

With Barwick departing cheaply, English and Paul Sheffield started to settle things down for the Park as the scoring rate increased, thank mainly to Sheffield taking the attack to the opposition.

The score had reached 40 when the Park lost two quick wickets, including English for 20 and Mark King came to the crease to join Sheffield.

Both men continued to play their shots and were looking well set, but were then out bowled in quick succession, Sheffield for 28 and King for 26.

At 81 for 5, the Park were in a spot of bother, but the second part of the innings proved fruitful, thanks mainly to two great partnerships from the lower order.

First, Bobby Crowe and Kyle Roomans put on 65 runs, with Roomans playing an innings that showed maturity beyond his years as he knuckled down to score himself a solid 20 runs.

Once he was out, Richard Jones came in to partner Crowe and played a great supporting innings just as Crowe was really starting to find his timing.

Crowe demonstrated shot power on both the off and leg sides as he rapidly passed 50 and took the Park score towards 200.

At the other end Jones was playing sensibly, running well, nudging singles and dispatching the odd boundary of his own.

Eventually Crowe was out for 76 as he tried to hit the last few balls for more boundaries and the innings soon closed with Park on 208 for 7.

Dave Barwick elected not to use the last over available meaning they would have 48 overs to bowl at the opposition.

In reply, the opposition got off to a decent start, accumulating runs as Park struggled to settle down. Bobby Crowe snapped up two wickets and Alex King helped himself to one as the Park brought victory within sight with Hatfield Crusaders at 82 for 3.

The opposing No.3 and No.5 did a good job of steadying things though and, as Barwick juggled his bowling options, chances went down and the batsmen rode their luck.

It wasn’t until the opposition had taken the score on to 162 that the next breakthrough was made, and their middle order were able to use the momentum that had been generated to sneak home with a few balls to spare.

Special mentions should be made for Bobby Crowe who bowled a solid 16 overs taking 2 for 38 after such a long innings and to Kyle Roomans who bowled two excellent spells to finish with figures of 1 for 32 from 8 overs.

The positive for Knebworth was scoring 208 runs after the usual run-scorers got out cheaply but they need look no further than the 40 extras conceded in the field for evidence of where they could have tightened up to ensure they didn’t lose the game.