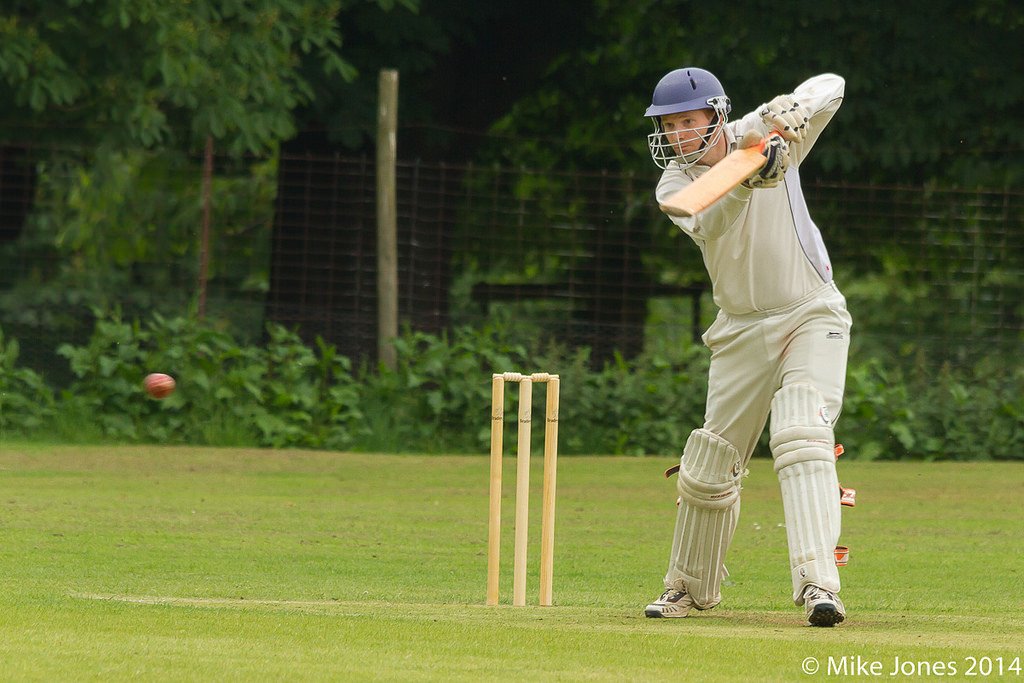 In the groove: Dave Barwick played fluently to make 73

The Fourths played at Luton Town and Indians and did well to battle to a draw.

After asking the opposition to bat first, ten-man Knebworth made two early breakthroughs as both opening bowlers got themselves a wicket.

First, Harry Holman, who bowled with good pace, clean bowled one of the opening batsman and then Sandy Reynolds, who bowled with his trademark skill and guile, induced a false shot from the other opener and gobbled up a simple caught and bowled.

With the opposition at 15 for 2, things were looking good but the Luton middle order knuckled down well.

The wicket was not great for batting, but anything short was sitting up to be hit and the opposition put the bad ball away well.

Louis Heap was introduced to the attack and made a further breakthrough with the score on 69 but this brought the Luton No.5 to the crease and he soon had his eye in.

The introduction of both John and Matt Inman into the attack failed to properly stem the flow of runs, although John did pick himself up two wickets, one of which was very well caught by an injured Mark Folwell at extra cover.

The score soon accelerated over 200 and with Knebworth a man short in the field, runs came very quickly and a declaration wasn’t far away.

When the Luton No.5 hit yet another boundary to bring up his century, their captain had seen enough and he declared, giving Knebworth 55 overs to score 253 to win.

The loss of Harry Holman early on made the target look even bigger but it meant that Louis Heap joined Dave Barwick in the middle and the two batsmen set about accumulating runs at a decent rate.

Heap was unleashing some exquisite on drives while Barwick looked threatening all around the wickets. The pair had added 50 for the second wicket before Heap was brilliantly caught at midwicket for 24.

John Inman came in at No.4 and relied very much on Barwick to keep up with the run rate while he played himself in.

Barwick was having fun now, driving the ball all around the wicket when it was pitched up and pulling anything short.

Just when Inman had started to get going, especially his trademark cut shot, he was given out in bizarre circumstances. Inman clearly hit the ball into the ground before it bounced up and hit Barwick’s bat at the non-striker’s end, looped onto his hip and into the bowler’s hands. The fielders claimed a catch and it was strangely upheld so Inman had to go having scored 13 runs.

Skipper Mark Folwell struck some lusty blows before holing out for 17 and then Barwick, who had batted so well to score 73, attempted to smash one shot too many and missed. He departed bowled, and realistically so did Knebworth’s hopes of the win.

At 135 for 5 there were 17 overs left to bat to save the match and the Knebworth lower order applied themselves to the task excellently.

Matt Inman and Richard Jones in particular used up vital overs while helping themselves to the odd boundary and it was left to Sandy Reynolds to play out the final over to secure the draw.

Ever reliable, Reynolds obliged and Knebworth had ended their losing streak and can take some confidence into the last few games of the season.