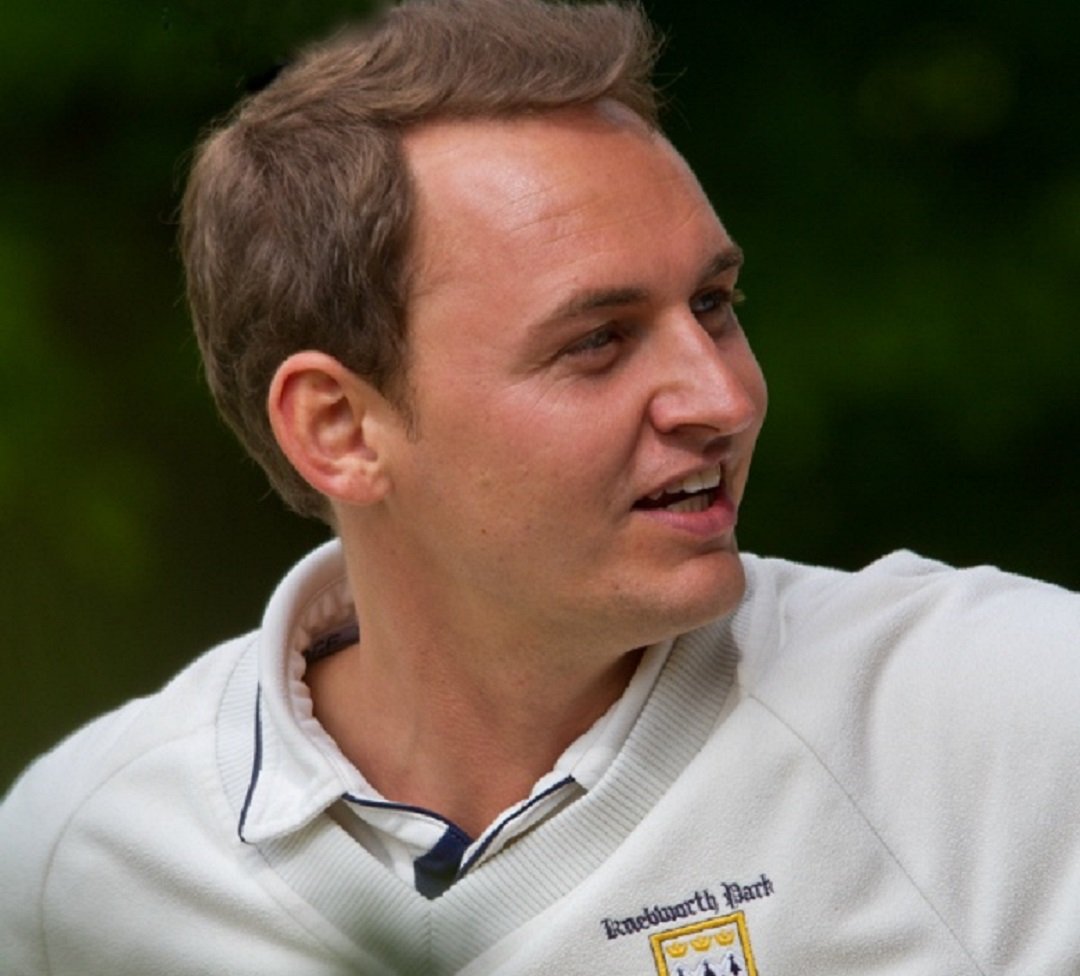 Knebworth Park produced another fine bowling display to give them a comfortable victory against West Herts.

After the disappointment of the previous week, Park got back on track and secured 30 points to leave them sitting mid-table.

Charlie Randall won the toss and elected to field first. This proved to be fruitful as James Leather took the first wicket as he yorked the West Herts opener, hitting middle stump. The other opener was soon to follow as he edged Randall behind.

Leather took the third wicket of the innings as he got one to seam in to defeat a loose drive from West Herts No,3 Smith, to bowl him. Marshall was the next to fall as he skied the ball the mid-off to give Shaun Robinson his first wicket.

Robinson bowled in partnership with Parth Patel and together continued to chip away at the West Herts batting line-up.

Patel managed to pick up two wickets both caught in the infield as shot selection let down the West Herts middle-order.

At the other end Robinson was particularly effective as he was able to complete a five-wicket haul, assisted by some outstanding fielding.

Phil Simpson managed to cling on to a superb one-handed effort at first slip before Luke Chapman took a sharp chance in the slips.

Robinson wrapped things up by bowling No.11 Woosley to dismiss West Herts for just 82.

Park came out and looked to be positive, Richard Leather hitting the second ball of the innings for four but scoring was not always easy as Smith found increasing amounts of turn.

This was enough to dismiss Simpson who made a misjudgement, leaving a ball that turned back sharply to hit the off-stump.

At 28-1 Patel came to the crease and was then LBW for just two.

Leather was next to fall as he picked out mid-off, where he was well caughtoff the bowling of Jain.

As Smith came to the end of his spell West Herts were forced to turn to other bowlers and this allowed Park to accelerate towards victory, Adam Sergeant and James Leather taking 15 off Griffin’s only over.

James Leather fell LBW to Griffin but at this point victory was in the bag and Sergeant completed the job with a composed 23 not out.