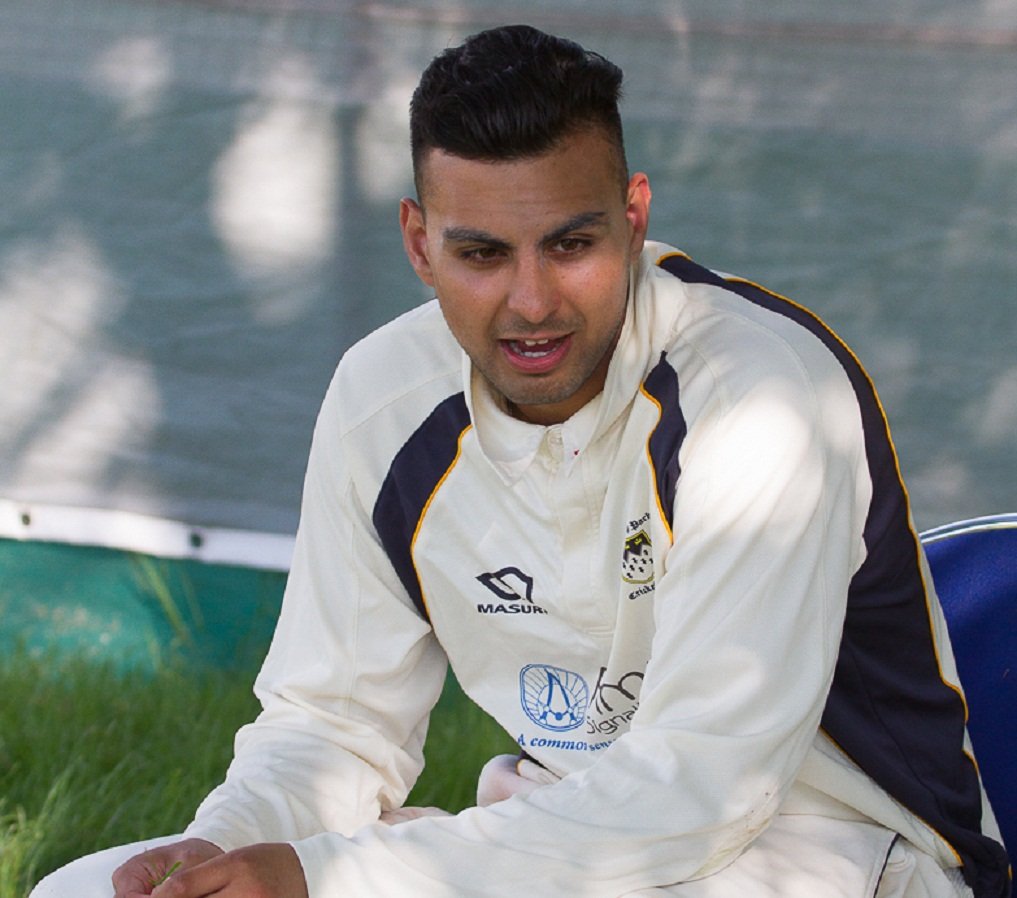 In the runs: Sayf-Ali Khan struck a fluent half-century

Knebworth Park lost a competitive match against Langleybury which draws them into a relegation battle with one game remaining.

Having elected to bat Knebworth looked in a strong position at the half-way stage having posted 237 from their 50 overs.

Despite losing Phil Simpson early, gloving the ball down the leg side Knebworth were able to make a solid start with Richard Leather and Sayf-Ali Khan able to keep the scoreboard ticking over to take the score beyond 50.

Leather then fell for 27 looking to take on the off-spinner. This brought Adam Sergeant to the crease and with Khan had a very productive partnership.

Khan passed 50 and a strong platform had been laid for Knebworth to add quick runs as they went into the batting powerplay.

However, as so often happens wickets fall as batsman look to go on the offensive. First, Sergeant was bowled by the returning opening bowler. The next ball Khan hit for six before trying to repeat the trick the following ball, only to be bowled for a well made 67.

Knebworth now had two new men at the crease and were not able to really take advantage of the fielding restrictions.

However, they showed intent with their running between the wickets and were able to keep the scoreboard ticking.

James Leather was next to fall LBW. Parth Patel found a new lease of life at No.6 and was very positive, striking a number of sixes straight down the ground.

Despite losing wickets regularly at the other end, he was able to guide Knebworth through the last ten overs to finish on 237-8, finishing with an outstanding 61 not out.

Things seemed to get even better for Knebworth when James Leather took a wicket in the first over of the Langleybury innings, to leave them 0-1.

However, some loose bowling was well put away and Langleybury were able to recover to make a quick start.

Patel, took the next wicket, LBW as the batsman was enticed into a sweep shot, only to be hit in front.

At this point, some heavy rain fell and the players left the field for about 30 minutes.

When the game resumed, Langleybury had a reduced target of 219 from 43 overs. Patel and Luke Chapman bowled in tandem and managed to keep Knebworth in the game, Patel taking two more wickets and Chapman one.

However, in Chapman’s last over he was struck for two fours and a six to swing the momentum.

Shaun Robinson was introduced as Knebworth’s fifth bowler and he was unable to slow the scoring rate although a key dropped catch didn’t help his cause.

He did take one important wicket as Patel took an outstanding catch sprinting in from long-on to cling on to the ball just above the ground.

James Leather returned and picked up another wicket bowling the Langleybury No.8. However, this was as good as it got for Knebworth as Langleybury showed the greater composure and managed to see the game home.

Knebworth now have one game left to ensure that they remain in the league next season and will have to turn in a complete performance which has so often been missing this year.