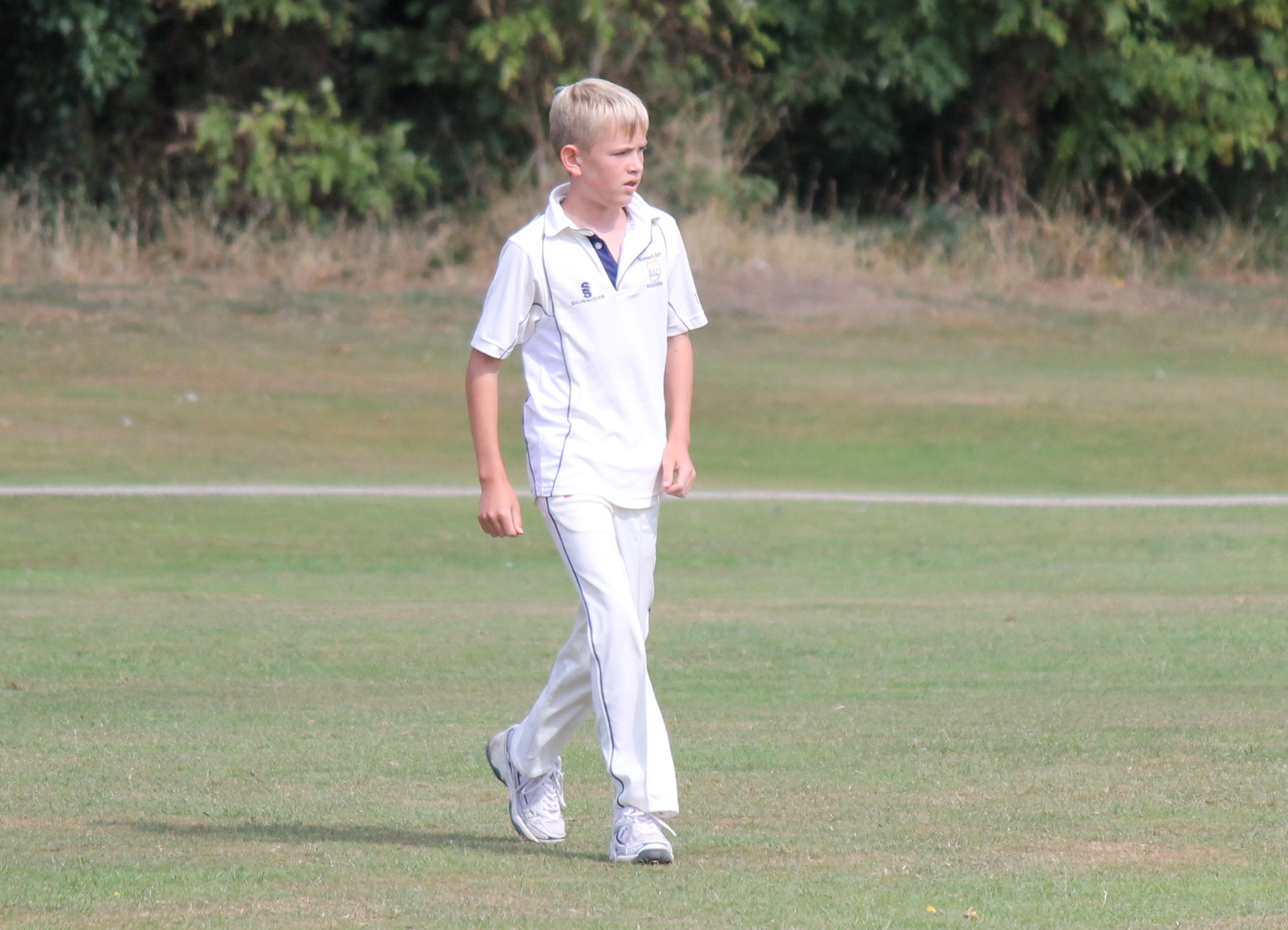 The Fifths almost pulled off an unlikely victory yesterday against Wheathampstead IIIs, in an entertaining and fluctuating contest.

After being asked to bowl first by the visitors, Knebworth soon had the upper hand as the batting never really got going – the score stumbling to 38/4 and then 72/6, and it looked like a small victory total was on the cards.

An eighth-wicket partnership then became established, which took the score towards the 140 mark before finally being broken by under-13 Henry Gallimore, making his senior debut.

The innings was then soon wrapped up with the total on 150, Gallimore taking 4/24 from 6.2 overs in a fine spell of off spin and captain David Mantle finishing with 4/37 from 14 overs, the other wickets falling to Jo Coulson (2-27 from seven overs).

This looked an obtainable total on a good wicket but, as so often has been the case, the Knebworth batting failed to make the most of the opportunity and things were already looking desperate when four wickets had fallen for only 18 runs.

A fifth-wicket partnership between Simon Reid and Ben Smith then began to set about the Wheathampstead bowling and the score increased speedily until Reid was out for 14 after a partnership of 43.

Smith continued to play in an aggressive fashion but perished to a fortunate and subsequently well taken one handed catch on the boundary for a top scoring 39.

This took the momentum out of the innings and the total reached 95 when the ninth wicket fell, still 56 runs shy of victory.

The last-wicket pair of under-13 Max Reid and captain Mantle then set about the bowling with nothing to lose and the score began to rise again as a seemingly impossible task became a possible one.

With only 26 runs to make Mantle managed to find one of only two fielders on the leg side who took a diving and fumbling catch to close the innings after a last-wicket stand of 30, Reid remaining unbeaten for a fine 17 and Mantle perishing for 23.