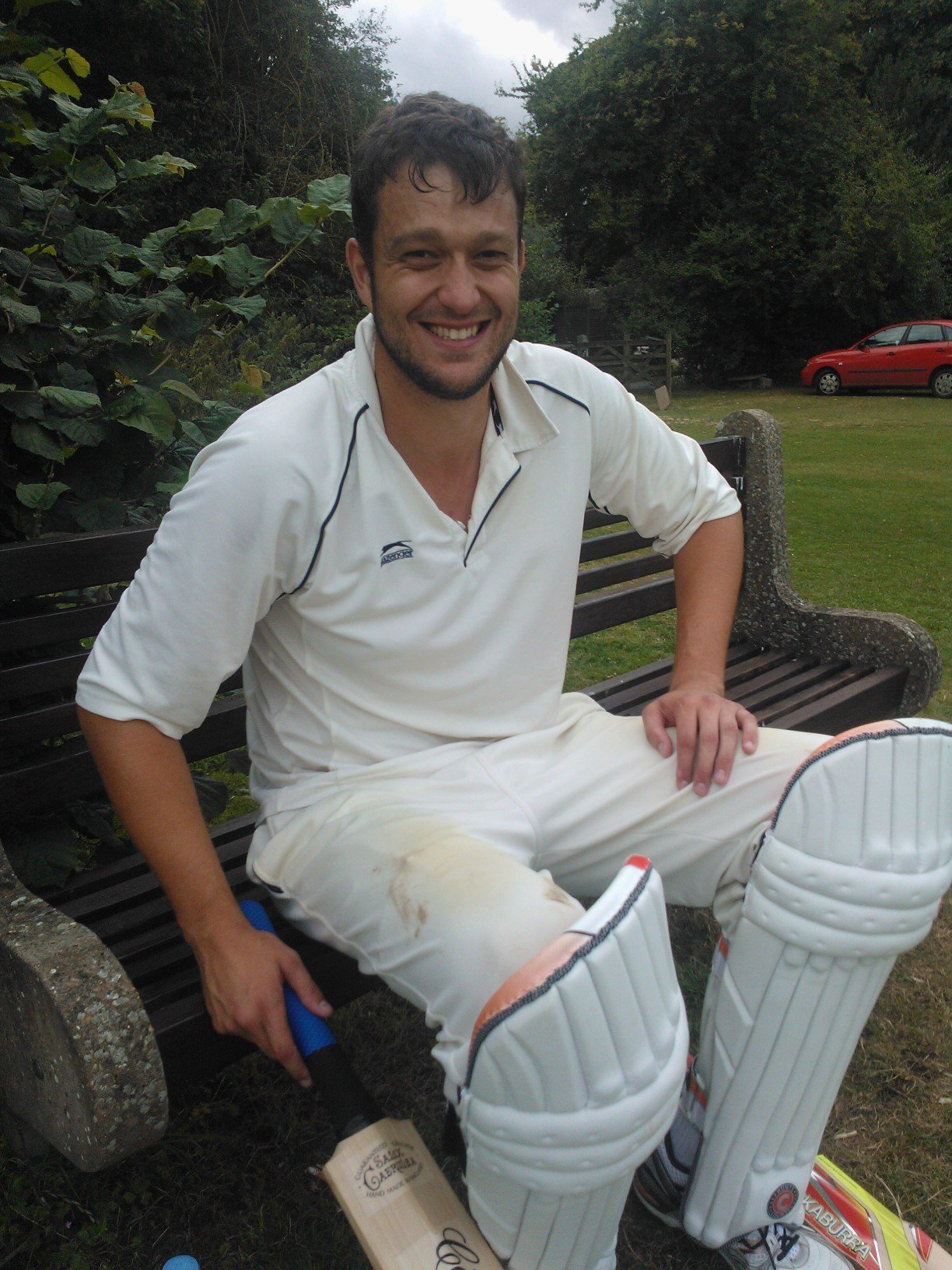 The Fifths won only their second match of the season on Saturday, with a strong team performance punctuated by some superb individual efforts overturning a Cheshunt IIs side who were pushing for promotion.

After the Cheshunt skipper called incorrectly at the toss, Knebworth opted to bowl first on a damp but rapidly drying wicket, and this decision looked justified early on with quick wickets from Ben Smith and fifth team debutant Paul Brickell taking two apiece – the score reaching 46-4 and an early close looking possible, particularly as Cheshunt only had ten players.
This brought the Cheshunt middle order of Naveen and Miranda to the crease and they started to play expansive shots as the score began to increase rapidly – riding their luck a few times before Brickell picked up his third wicket when Miranda was bowled for 21.
The Cheshunt captain, England, then carried on in the same vein, before being bowled by a low cutter from Smith for a breezy 27.

Under-17 Jo Barnes was then brought into the attack and in his second over achieved his first career hat-trick – removing the dangerous Naveen for 66, caught at deep mid-off by Phil Wheeler, then bowling No.9 Wilshere first ball and finally being grateful to sixth team skipper Gareth Taylor for a diving and stretching catch at mid-on to remove last man Fitts after a first ball swipe.

Cheshunt were all out for 169, a challenging total on a pitch offering something for the bowlers but a good effort from Knebworth and a champagne moment for Barnes before he headed off on his holidays!
In reply, it looked like a familiar tale of batting woe as wickets fell in quick succession in the early overs – bowling a good line and length seemingly enough as the score stumbled to 23-4 after only five overs and a total collapse was a real possibility.
At this point another of the fifth team debutants, Dave Sands, took control of the entire innings and started to take apart the Cheshunt total almost individually.
Supported initially by Brickell (12) and then by the redoubtable Doc Haslam (5 not out), Sands peppered the boundary on both sides of the wicket in reaching a fine half century and then increasing the rate and strokeplay to race to a swashbuckling and chanceless century – the last 50 coming in only 15 overs in total.
The eighth wicket partnership was worth an unbeaten 85 and saw Knebworth over the line in relative comfort with two wickets still in hand and 7.3 overs remaining.
An excellent result that had been a long time coming, and obvious special mentions for Barnes and Sands but a fine team performance with Brickell and Smith also picking up three wickets each and four different players taking catches in the field contributing to the best match the Fifths have played this year!
Editor’s note: Apologies that pictures of our two star performers were so slow to appear. Technical issues and rubbish wi-fi. Well done to both Jo and Dave!
Category: Match ReportBy adminAugust 11, 2014Leave a comment
Tags: barnesbrickellFifthssandssmithtaylor