Big game ahead… your support needed 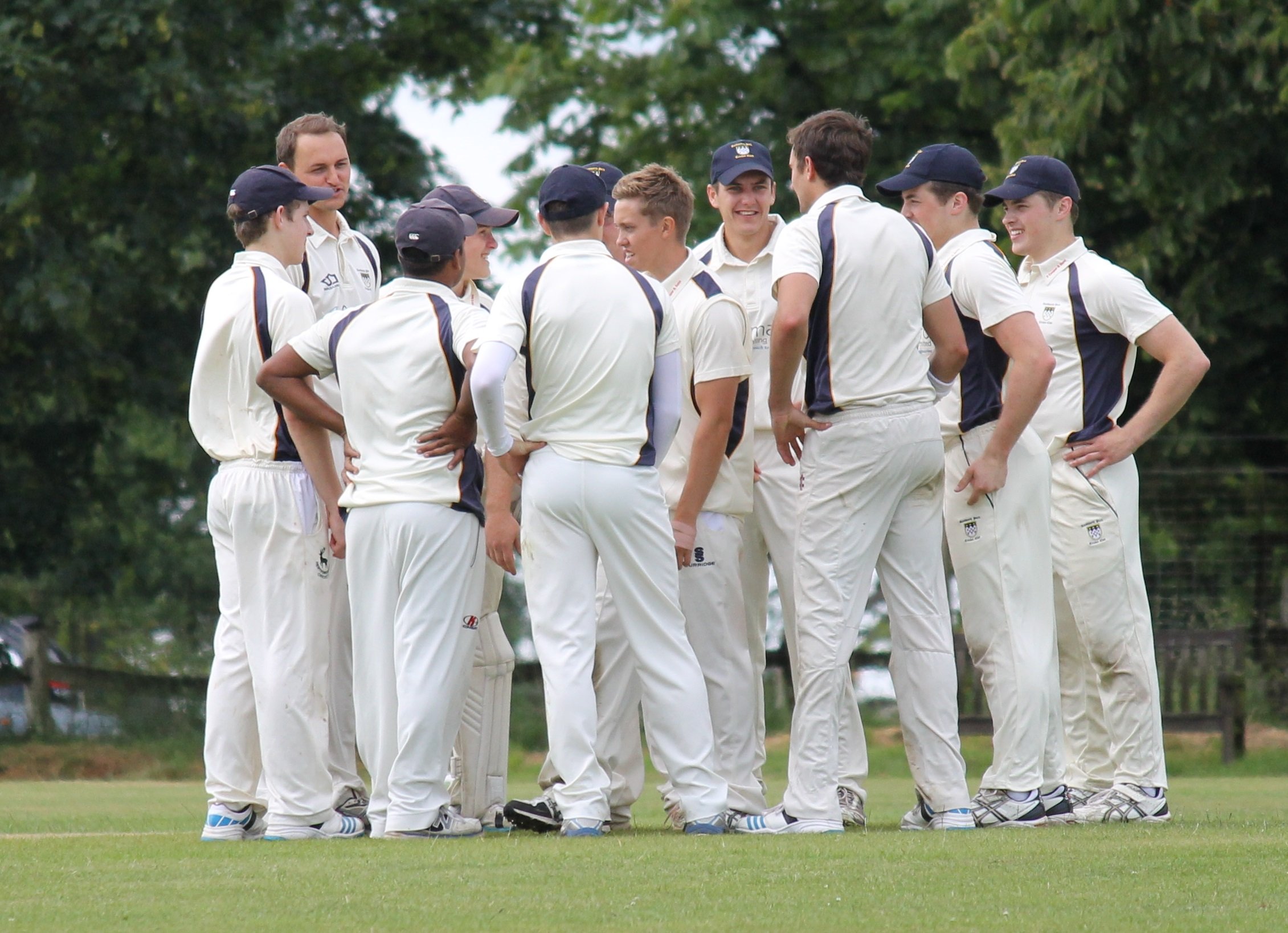 Victory huddle: We hope to see the Firsts celebrating plenty of wickets like this one on Saturday

It’s the final First team game of the season on Saturday and they need to win to make sure they don’t get relegated.

So we need everyone’s support to cheer on the guys against Totteridge Millhillians, starting at noon. The league table is so tight, they could end fourth if they win.

Also, in the evening, it’s a chance to say farewell to Woko who for the past 40 years has been a fantastic supporter of the club – and entertainer on special occasions. An amazing character who will be really missed.

The end of season presentation is the following Saturday evening following  the final league game of the season for the Seconds, Thirds and Fourths.

If anyone wants to play on Sunday we’re playing an Australian side, the Down Under Dragons. Please let Eddie Large know if you wish to play as he’s still a couple short.

Also on Sunday, we host a county under-13 girls match, while our under-17 side which swept aside a Letchworth team on Wednesday night play the county final at Bishop’s Stortford on Sunday,

Archie Stephens, an under-14, now playing in the Thirds, scored an excellent half-century, which was a tribute to his playing both Saturdays and Sundays through the season and being a regular attender at senior training.

Also, on September 20, we have a party of 22 already signed up to go to Lord’s for the Royal London 50-over Final. Anyone who still wishes to come along should phone Chris Johnson asap.