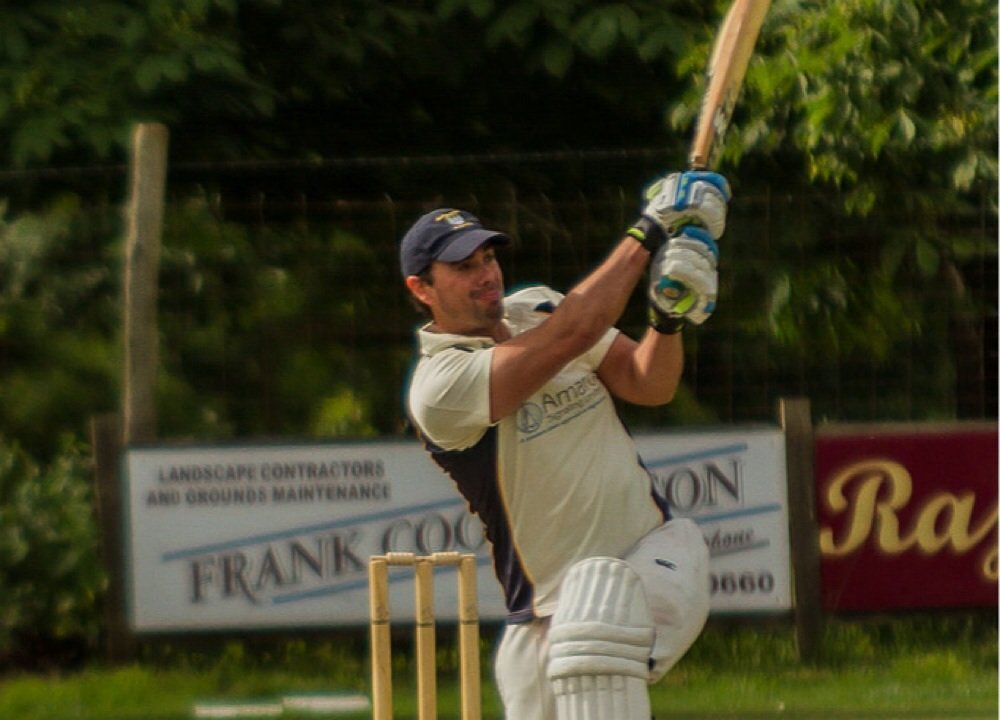 On the attack: Guy Warman claimed five wickets after cracking a fine half-century

A dazzling performance with bat and ball from stand-in skipper Guy Warman saw the Seconds cruise to victory on an otherwise disappointing day for the Park.

The big all-rounder clattered a rapid half-century to set up his team’s total of 220 all out. He then took five wickets as visitors North Mymms mustered exactly half the Park’s total, with their final six batsmen all recording ducks. Ben Orchard also produced a superb spell of pacy bowling to claim the other five wickets.

It was the sole victory of the league programme with the Firsts going down by three wickets under the Duckworth Lewis system away at Langleybury, despite half-centuries from Sayf-Ali Khan and Parth Patel.

The Thirds, badly needing a victory, lost by six wickets away at Cockfosters II, while the Fourths were beaten by Hatfield and Crusaders III, who chased down their total of 208-7 as the light faded at the Park,

And there was a second resounding defeat in two weeks for the Fifths who were crushed by league leaders Broxbourne IV.