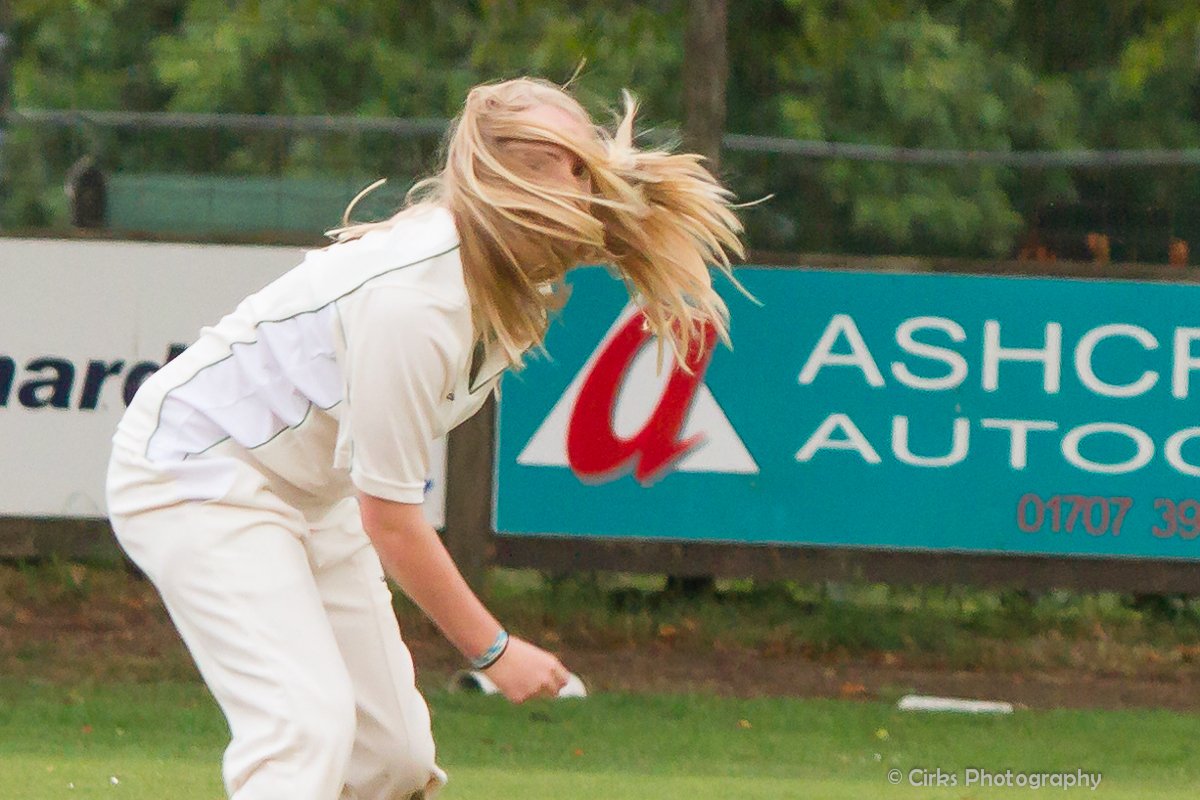 Hair raising: The Knebworth bowlers were too strong for the opposition PICTURE: OLIVER MINTON

With Knebworth girls already having qualified for the under-15 final on Sunday, the game against Harpenden on Monday really was a warm-up game for the league final against them on Sunday and it was a chance for us to try to increase the pressure on them going into the final having beaten them last week, too.

With another strong batting line-up, we opted to bat first and again aim to set a big total. Kathy and Phoebe got us off to a great start with Kathy in particular playing some fine shots against some reasonable bowling.

Several fours and a nice big six meant that we had reached 25 from four overs and then 36 in the sixth over before Phoebe was unfortunately bowled around her legs by a ball that cut back by quite some distance after she (and I at umpire) thought the ball was passing well down the leg side.

The fall of the wicket brought Zoe to the crease and, after a few more runs, were added by both players, Kathy retired for another well played 30.

Amie joined Zoe at the crease but unfortunately departed soon after with a well-struck aerial shot being well caught. This meant at the fall of the second wicket, we were 53 runs from nine overs.

Catherine then came to the crease and after a couple of defensive shots, hit a full toss particularly well to the leg-side boundary.

Zoe was then bowled in the tenth over when the score had moved to 62.  Charlotte B then joined Catherine and, although Charlotte struggled more than normal, Catherine kept the scoreboard turning over with some good pulls to the leg side.

With several extras plus more runs for Catherine (who finished on 18), despite a ‘quiet’ last few overs (probably not helped by a 20-30min break due to heavy rain), the KPCC innings closed on a respectable 111 for 3.

The beginning of the Harpenden reply was marked by a great demonstration of superb bowling by Knebworth.

Amie bowled with real pace and accuracy and was unlucky not to be rewarded with a wicket  in two maiden overs.

However, Roz from the other end, also bowling with good pace and a great length, was rewarded by taking two wickets in three overs for just five runs and provided further evidence of her continued development this season.

At the other end, Izzy, replacing Amie, kept the pressure on with yet more tight bowling and only two runs came from her two overs.

After Roz’s fine spell, Safia bowled her best two overs for a while and, yet again, the Harpenden players struggled to get the ball away for runs (spot the common theme here?!).

With Olivia coming on to bowl, her first over only going for three, meant that, rather extraordinarily, thanks to the superb bowling, Harpenden found themselves with just 14 runs from ten overs.

Despite the excellent bowling, things then took a bit of a turn for the worse as concentration levels dropped in the field with far too many singles being easily taken by the batters and a few backing up mistakes allowing overthrows to be run.

Zoe’s figures (and to an extent Olivia’s, too) suffered a little because of the fielding.

Nevertheless, although the relaxing in the field is not something the girls can afford to do in the finals this weekend, Harpenden were well behind the run rate and with no real prospect of turning the game around (39 from 15 overs including  Catherine bowling two more super overs for just two runs).

Although Becca and Lorna from Harpenden ran well and batted with some very good shots in the last five overs during which they took the score to a much more respectable 73-4.

The result was another commanding win for the girls and hopefully, having beaten Harpenden twice in just over a week, it will have boosted our girls confidence but damaged Harpenden’s ahead of the final on Sunday.

Thanks again for Natasha running the scoreboard and Oliver Minton for the photos, which you will find here.