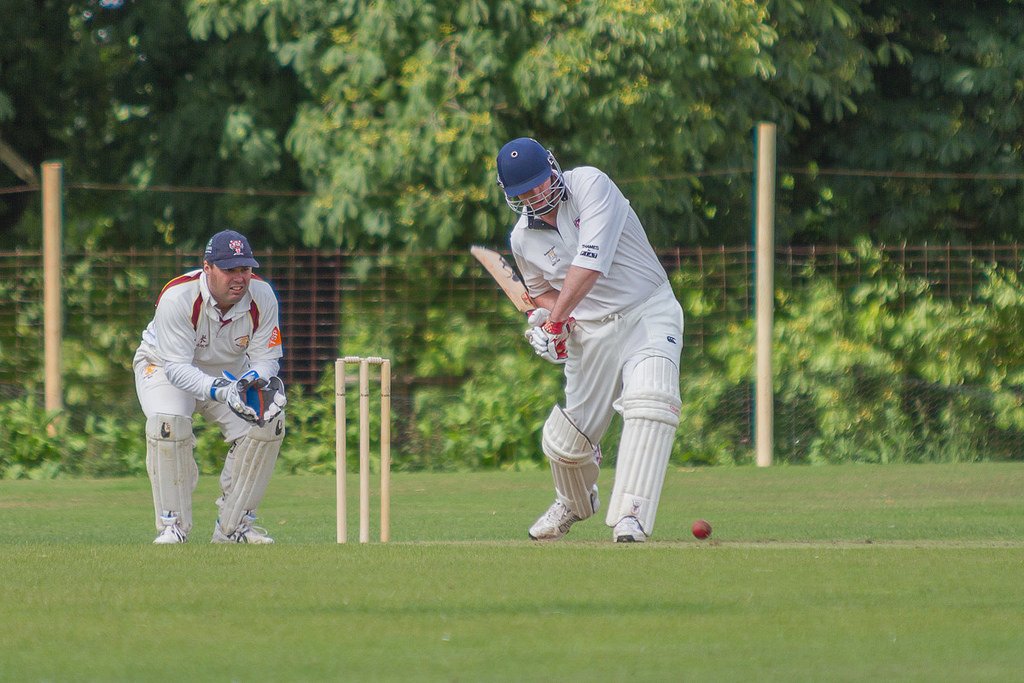 Driving force: Steve Holmes was back at his best as he powered his way to an unbeaten 60

Steve Holmes struck a classy half-century as the Thirds batting finally clicked on Saturday but it was not enough to prevent another damaging defeat.

Holmes showed what a superb player he is with a series of powerful drives and cuts on his way to an unbeaten 60 as the Park piled up 212-5 in the rain-shortened match against a strong Hertford III side.

In the hunt for the full 30 points, captain Graham Fisher declared early hoping that keeping the visitors interested was his best shot at a victory.

But Hertford, helped by some indisciplined bowling, were rarely troubled as they chased down the total in plenty of time and with seven wickets to spare.

With the showers hanging around after a damp morning, it was not a surprise when the visitors won the toss and asked the Thirds to bat.

However, the batsmen responded positively, Bret Painter playing some pleasing flicks off his legs on his way to 27 as the innings purred along nicely at five runs an over.

When Holmes came to the crease, he needed to deal with some hostile if wayward short-pitched stuff before settling into his groove.

At the other end, teenager Robert Morley was playing his best innings at this level, mixing solid defence with some lovely cover driving.

He fell agonisingly one run short of a deserved maiden half-century leaving Holmes to see the innings through.

He was joined by Ian Pickering (33) in a stand of 90 in 18 overs as they took the total to the brink of full batting points.

Hertford were convinced it was a generous declaration and so it proved to be.

Their opening batsman, Frost, looked a decent player but was fed a succession of hit-me balls on his legs and he gorged himself on the buffet.

Max Burrows, still feeling his way back after an injury lay-off, claimed an early wicket when a short-pitched ball was hacked to Cirkel at cover point but the Hertford No.3 swung hard through the line and struck some clean powerful blows on his way to a rapid half-century off some insipid bowling.

He eventually fell to a brilliant running catch by Painter at long off but it was not enough to lift the spirits as the Thirds went flat with the look of a side that saw defeat as a habit they could not break.

The exception was Sean Carmody, who brought into the attack belatedly after the match looked lost, bowled with great heart and pace to try to rescue something from the game.

He skittled the Hertford No.4 and, although the next man in looked shaky, hung on to make sure there was no magical turnaround in the game.

Despite the defeat, the Thirds did secure their best points (13) return of the season so far and can take great heart for the return to form of their best batsman.

They take on Hemel Hempstead IIIs next week knowing another slip-up could be fatal to their chances of survival.