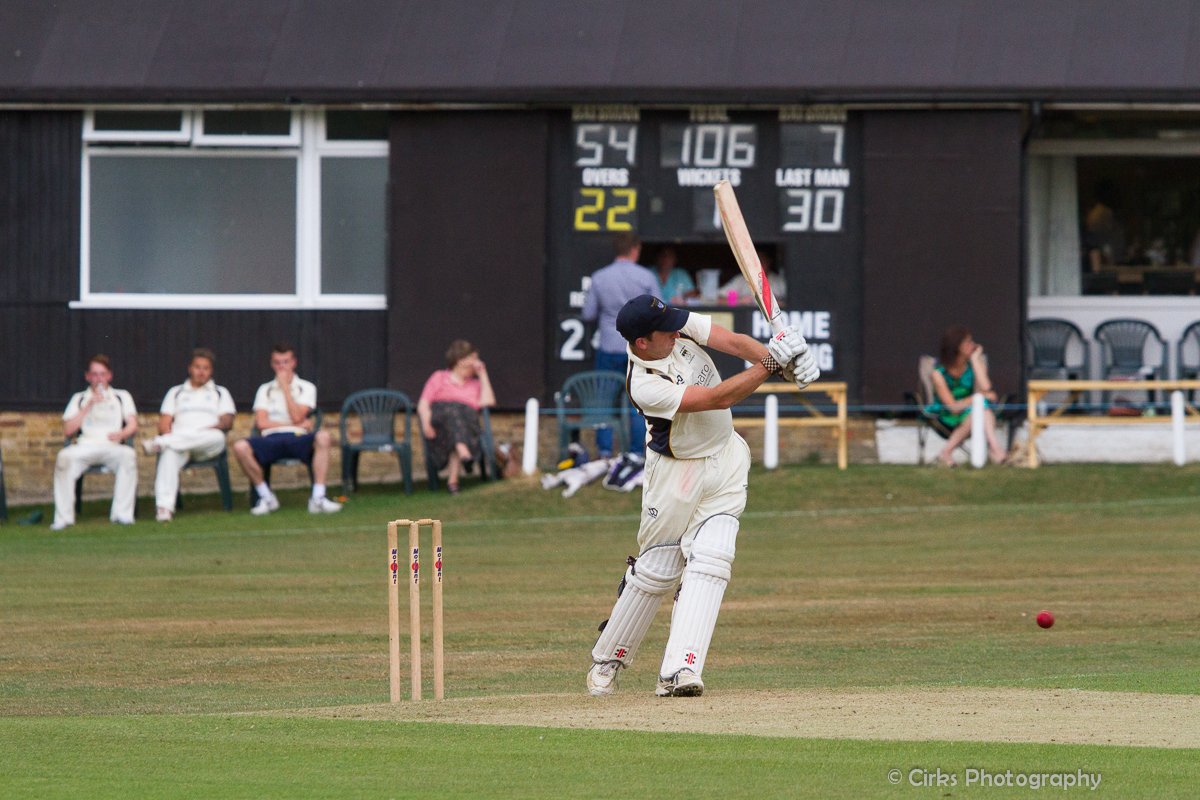 Elegant: Bret Painter dispatches one of his 13 boundaries on his way to a stylish 107-ball 84 PICTURE: JONATHAN CIRKEL

Bret Painter starred with the bat as the Thirds produced one of their best team efforts of the season in wilting conditions at Chipperfield Clarendon II on Saturday.

Painter, all elegant flicks off his legs and powerful drives down the ground, struck 84 as his side made a more-than-decent fist of chasing the hosts’ imposing 246-6.

He was out agonisingly short of the maiden league ton he thoroughly deserved when he holed out at long on trying to give the innings a final burst of momentum to get his side over the line.

His dismissal, in effect, ended the victory charge and it was left to last-wicket pair Louis Clayton and Mark Taylor to see out the draw on 205-9.

Although the hosts piled up the runs, the bowlers never gave up and the fielders kept on their toes until the final ball.

The Chipperfield overseas player swatted some mightily blows on his way to a rapid half- century and the no.5, who rode early luck before finding his rhythm, was cruelly left stranded on 99 not out.

Joe Elliott was the pick of the attack, claiming 2-33, including a beauty to remove the big-hitting Chipperfield Aussie.

There were two wickets also for the tireless Mark Taylor and spinner Robert Morley bounced back from some early tap to claim a couple, too.

In reply, Morley and Painter put on 99 for the first wicket to set up a victory challenge. Ian Pickering struck 30 in 28 balls before mistiming a rank long hop to mid-wicket.

Wickets then fell regularly but Painter and Bobby Orlandi were still eyeing an unlikely victory when Painter was out, putting the 30 points just out of sight.

There’s a gallery of images from the game here