Performance of the week: Sayf Khan 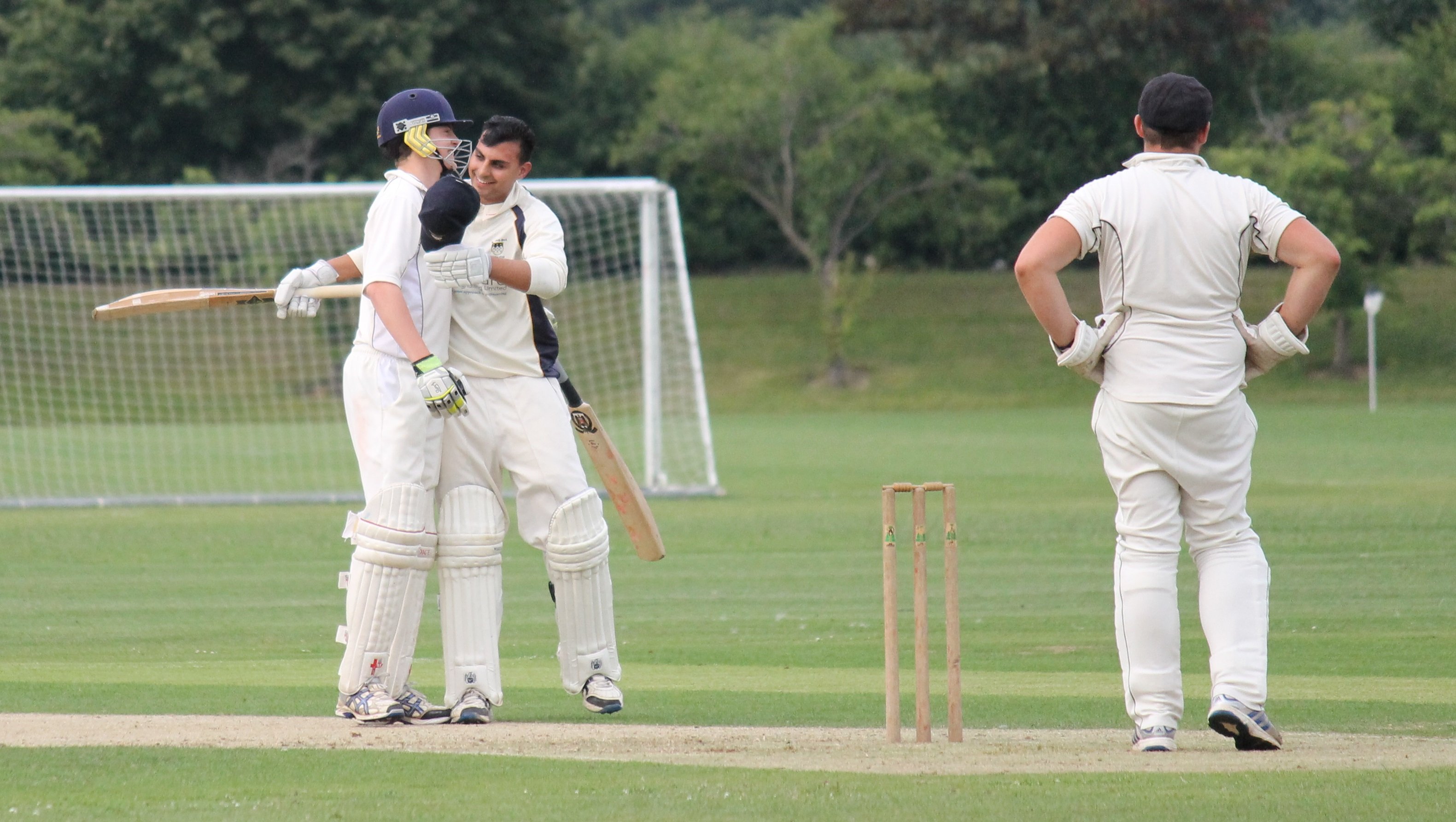 Congratulations: Sayf is hugged by Max Burrows after reaching his hundred

When Sayf Khan dragged his exhausted body off the field on Saturday to the cheers of his team-mates and a fantastic 128 to his name, it was hard to imagine anything challenging his effort for this accolade or, indeed, performance of the season. But, astonishingly, the chairman was left stroking his chin for some time after hearing of another superb innings by Adrian Holmes, who carried his bat with an unbeaten hundred in the Seconds, rescuing his side from all kinds of trouble. It was an extraordinary effort from the in-form opener, which on any other week would have carried away the prize and given Adrian his second performance of the week nomination. However, Sayf’s innings was probably the best played for the Thirds for many years, as he carted some decent Hemel bowling all over the field. It was made even more remarkable by the fact that it was ridiculously hot and he was unable to drink any water because he was observing Ramadan. That made it an extraordinary physical feat as well as one of sheer batting brilliance.

Every week, the chairman will select the player who has produced the most exceptional cricketing performance of the weekend programme. It won’t necessarily be the highest scorer nor the bowler who has the best figures but someone who has produced that little bit of magic to win a game or turn a match around. We hope his or her team-mates join the celebration by paying for their drinks, presumably non-alcoholic and only after sundown in Sayf’s case, at the bar.