Performance of the week: James Leather 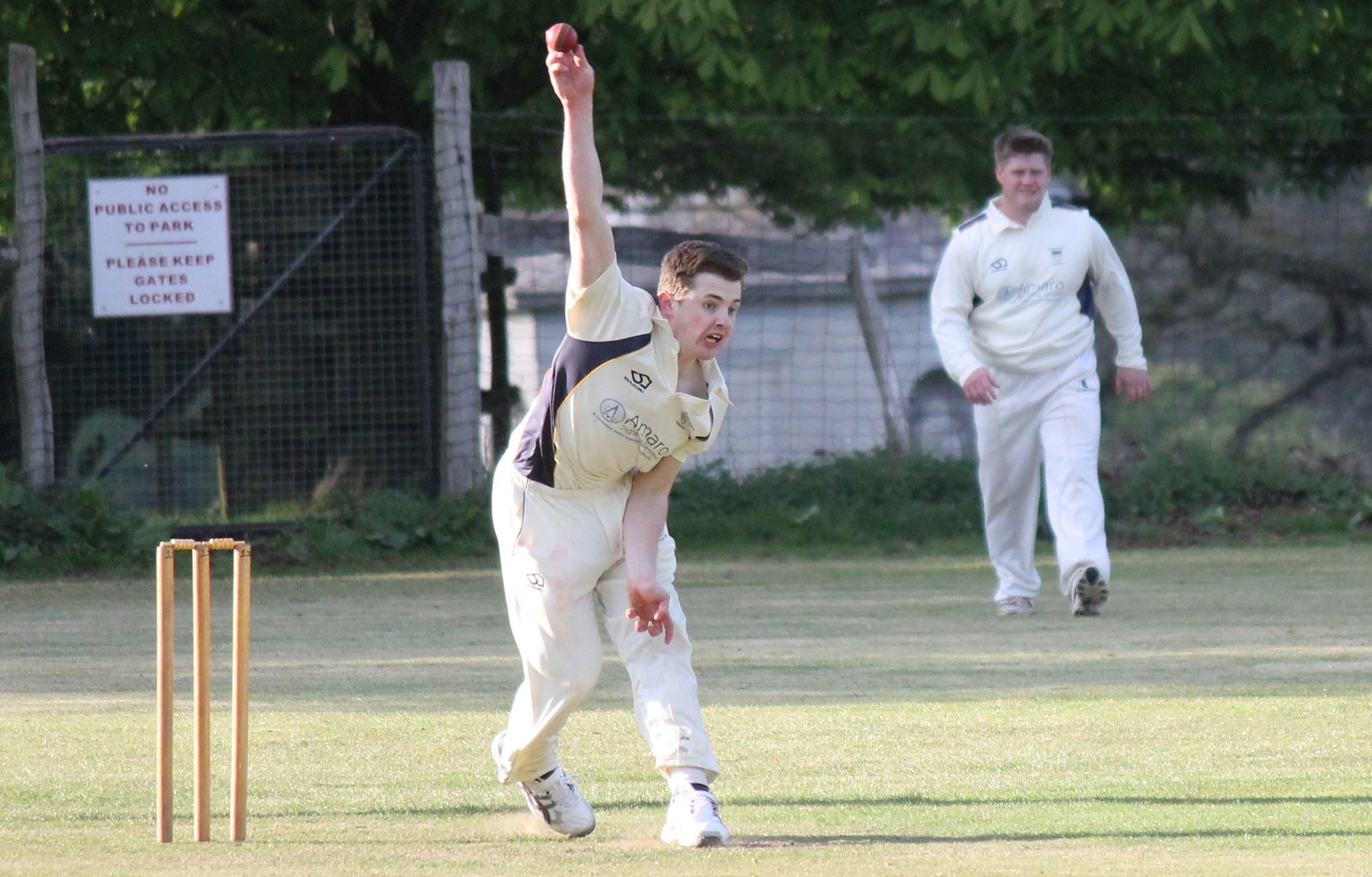 There were three big contenders for the award this week.

First up is Nick English. At 64 for 4, with an hour to go to lunch it didn’t look as if Thursday’s game against Roving Reporters would last till tea. But English, who got off the mark with a straight six, had to temper his attacking style and, with Richard Jones (27) added 98 for the fifth wicket. In searing heat it was a marathon effort by English, who struck 11 fours and three sixes.

Then, there was Richard Leather who became the first home-grown player to score two centuries in a season for at least two decades in the amazing victory over Hertford on Saturday.

And, thirdly Richard’s brother James’ spell of 8.4 overs 7 for 17 was stunning to watch. While the win would not have been one without the other, we’re going with the bowling for the performance of the week because it turned a game that was seemingly lost into a sensational victory. James bowled with pace, accuracy and control. It was wonderful to watch and was backed up by some excellent fielding, especially Shaun Robinson’s catch which he can’t have seen very clearly in the fading light.