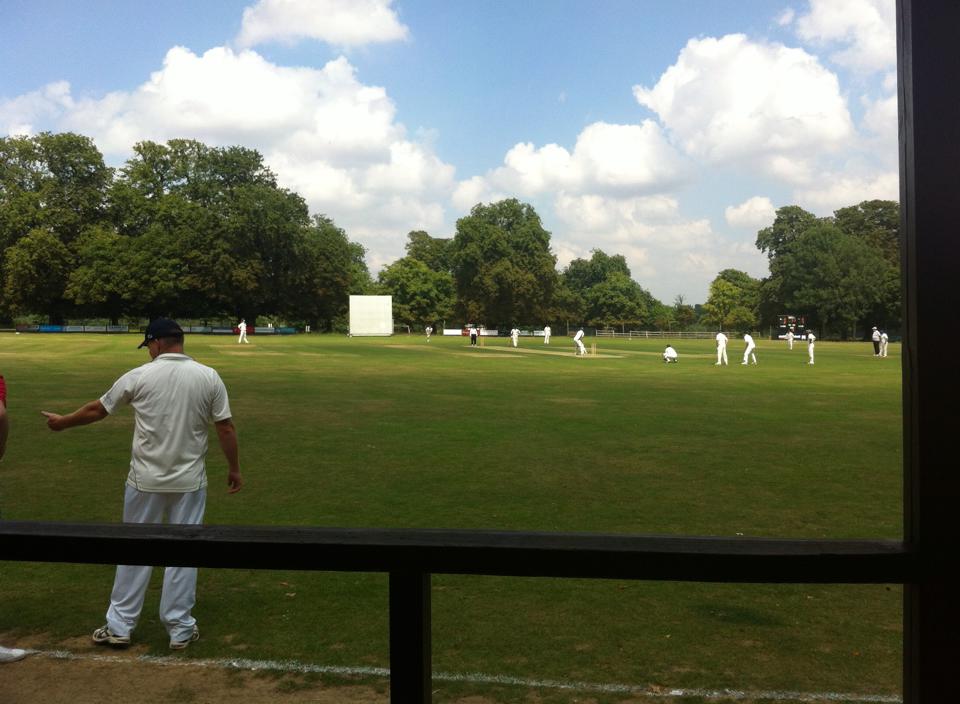 Nick English struck his first ton for the Park as they kicked off their mini-cricket week with a convincing win against Roving Reporters.

On Friday, the Frank Manning memorial game was ruined by the weather… although even the torrential rain did not dampen the party mood.

Hugh Bateson’s team had compiled 174 -4, with all the wickets falling just before lunch when the rain came. The covers were on and off before an unbelievable deluge put an end to proceedings.

Chairman Chris Johnson said: ‘The bad weather that didn’t stop a wonderful party. Great thanks to the chefs Richard Jones at lunch and Paul Sheffield in the evening, plus Mark Folwell and Fiona Holmes on the bar – they were all fantastic.

‘Also, a big thanks to Hugh for arranging his team and the music – the band was great.

‘It was a shame more club members did not run up to support the day but it was great though to see so many old faces back for the day.’

Summer scene: The sun shone for the visit of Roving Reporters on Thursday