Girls bear the bruises but land the prize 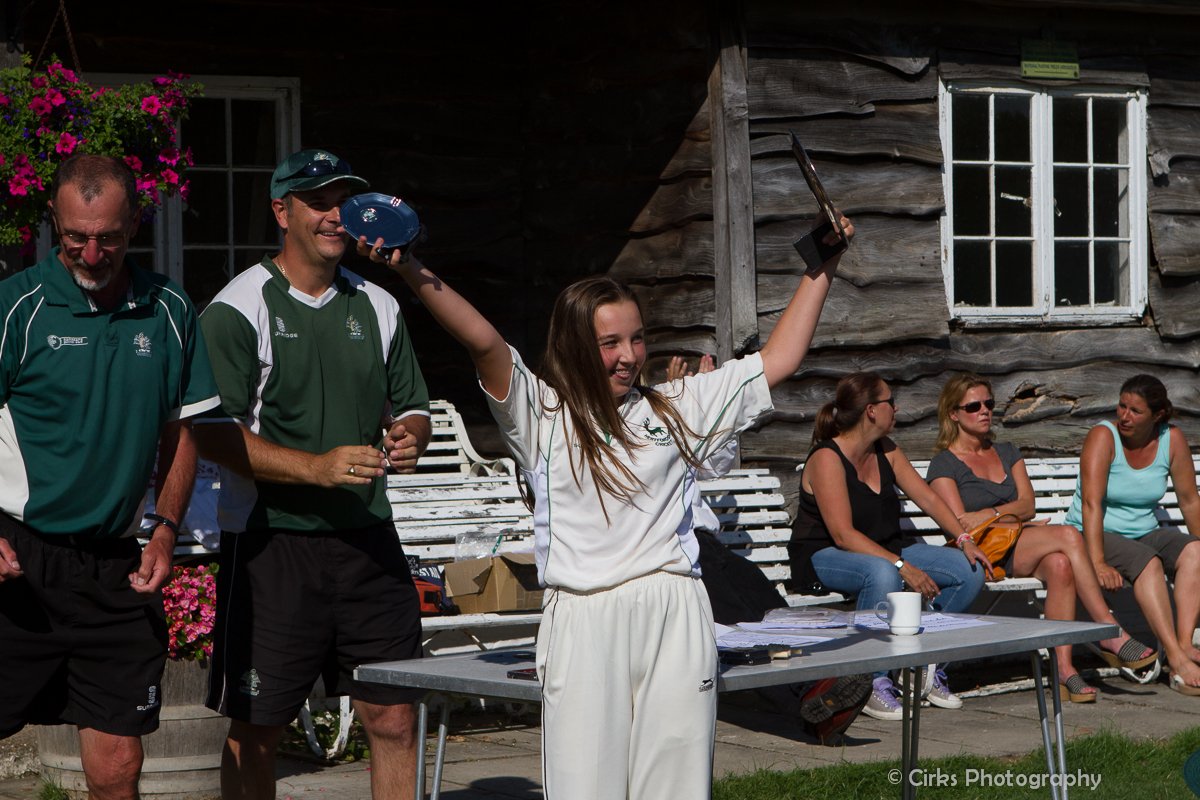 Charlotte Wilde (captain), Catherine Cirkel, Izzy Cloke and Roz Minton were in great form as they earned another success for the hard-working girls.

Played in a round-robin format, the girls were unbeaten, defeating two teams from Bucks plus teams from Berkshire and Essex.

The game against Berkshire was incredibly tight, going down to the wire with the opposition requiring three runs off the last ball to snatch victory.

Fortunately, Herts’ nerve held and the game turned out to be the main title decider as Berkshire ended the day having won all their other game, too, except this one against Herts.

The Berkshire game was also notable for being a bruising encounter for poor Roz who took a very quick ball in the ribs from Berkshire’s 6ft-plus bowler and captain. It’s not often an under-13 bowler has either the pace or height required to then be called for a no-ball bouncer next ball due to it being over head-height! Fortunately, Roz was not seriously hurt and returned to the action for Berkshire’s innings, continuing her fine bowling.

Of course, the tournament victory was a real team effort from all eight Hertfordshire girls but as a club we are justifiably proud of the side being 50 per cent KPCC.

Izzy proved to be a natural wicket keeper with a super performance on the day only having first kept last week on tour. There were more runs from Catherine, following her brilliant 115 in a county game on Sunday, and fine bowling displays from Charlotte and Roz.

Proud: The winning Herts under-13s with their player awards