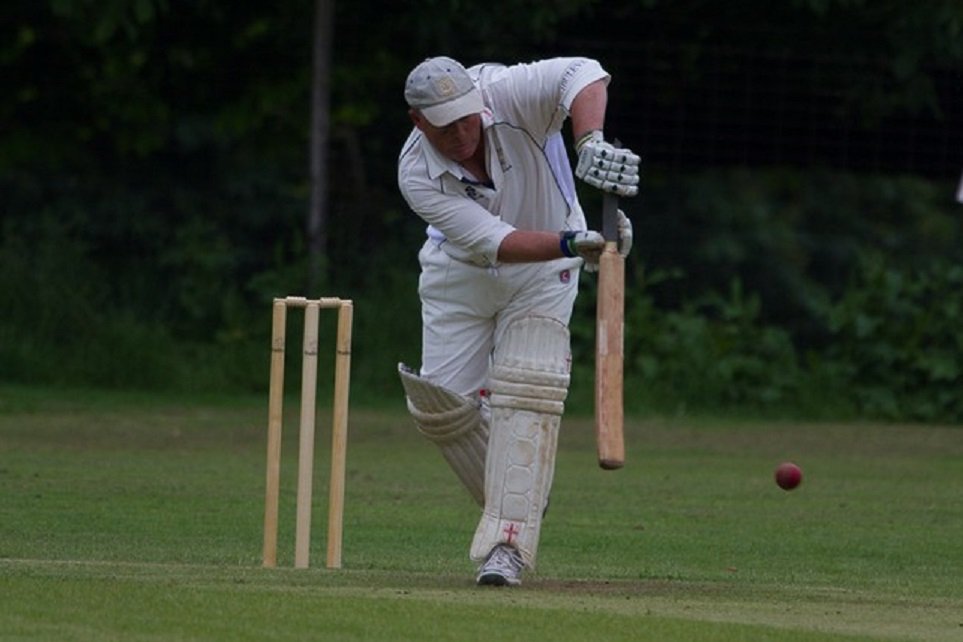 Stranded: John Inman made a solid 31 but ran out of partners

There was very little to cheer for a below-par Fourths who were well beaten by Harpenden Dolphins on Saturday.

After choosing to bat, things seemed to be going very well as Dave Barwick and Nick English once more got the team off to a great start, matching each other shot for shot in the early overs. The pitch was playing very well, English was playing nicely through the line of the ball and Barwick was hitting the ball very well at the other end.

If anything it was a surprise when the partnership was broken, English feathering the ball behind for 23 runs with the score on 46. Unfortunately, and in an annoyingly familiar pattern to recent weeks, the first wicket brought about a clatter of wickets including that of Barwick who disappointingly dragged one on for 24 just when the team needed him to bat for a long time.

With the score on 62 for 4, John Inman joined Bobby Crowe in the middle and they began to steady the ship. Inman picked up where he left of the week before and Crowe played solidly while putting the bad ball away very consistently.

The score had progressed to 98 when Crowe surprisingly got out and this brought about a second batting collapse. The Knebworth lower order failed to apply themselves properly and the innings was soon over with the total on 115, with the unfortunate Inman left stranded on 31 not out.

After tea, Sandy Reynolds and Joe Elliott began bowling excellently and kept the Harpenden Dolphins batsmen very quiet and, after ten overs, the score was on just 15. Crucially though, Knebworth didn’t make the breakthrough and, as bowling changes were made, the runs began to flow.

In truth, the Knebworth fielding and bowling display lacked the required intensity for a side defending such a low total. Bobby Crowe took one wicket and then combined with Richard Jones for a run out but these were the only two wickets that Knebworth took as the opposition cruised home with many overs to spare.

Another bad day for the Park who need to bring about a change in their attitude and application if they are to maintain their place in the top half of the table.