First XI: Twins peak to turn it around 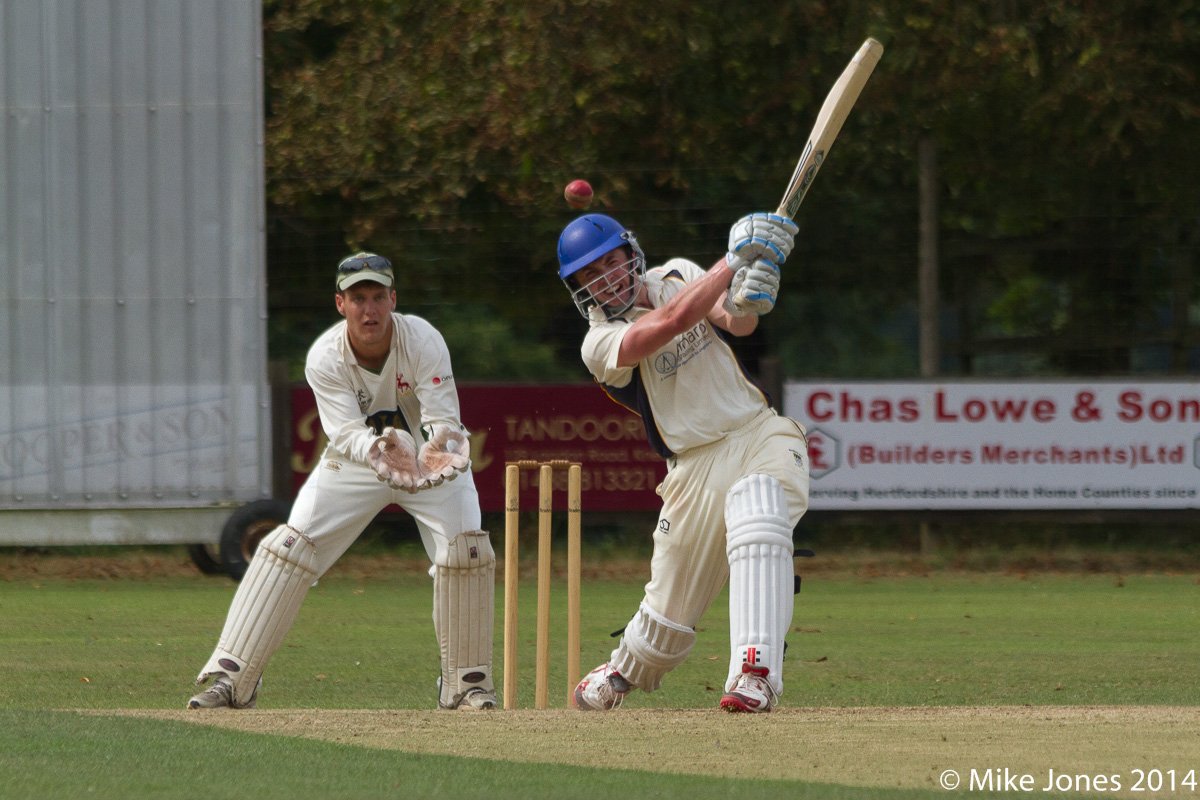 Knebworth Park turned in their best display of the season as they ended top-of-the-table Hertford’s 100 per cent winning record.

Put into bat Knebworth put a score of 243 on the board built around a second hundred of the season for Richard Leather.

Knebworth got off to a quick start putting 50 on the board for the first wicket before Phil Simpson managed to hit a full toss back at the bowler who took a sharp catch in his follow through. Neither Parth Patel nor Adam Sergeant really got going and both fell cheaply. James Leather got off the mark with a six first ball but fell for only 15 caught at point.

Knebworth went into lunch four wickets down with a decent platform from which to build in the second half of their innings.

Richard Leather and Benji Cowell resumed after lunch and punished some loose bowling as the move the score quickly past 150.

Leather reached his century from 106 balls, his second of the season, both against Hertford. After this Cowell, Luke Chapman and Charlie Randall all fell caught in the infield.

Leather eventually fell for 136 caught on the boundary, having hit three sixes and 16 fours in his 145-ball knock. Knebworth ended on 243 after the last two wickets quickly followed.

Hertford came out to bat with the confidence of a side who were yet to lose this season and set about chasing down the total in determined fashion.

Captain Steve Gale was particularly assertive while his partner, Ray, was more subdued. Knebworth were unable to find an early breakthrough despite some good bowling, particularly from Tom Elliot who found the edge on a number of occasions but the ball would not go to hand.

Hertford went into tea 98-0 and looked in a strong position to add to their 12 wins this season.

However, after tea Park came out rejuvenated. Luke Chapman took the key wicket of Gale and followed that with another two balls later.

However, Hertford showed resolve and built another good partnership to take their score closer to 200.

The game was changed when James Leather was reintroduced to the attack. With the first ball of his second spell he bowled Cavener with a fast yorker that he was unable to dig out.

In the same over he trapped the new batsman LBW. With his tail up he ran in hard and bowled with real pace which troubled all the Hertford batsmen who came to the crease.

Ray was bowled for 60 a few overs later and now Park really started to believe that they had a chance of victory.

With all three results now possible, Ruskin provided some resistance and took Hertford closer to the total.

James Leather then removed three more batsmen. Two were bowled again as he continued to attack the stumps, including Ruskin for 26, and the third was caught behind.

The Hertford tail now tried to push singles and put the field under pressure and a couple of run-out opportunities were missed.

At the other end Shaun Robinson had kept the pressure on until he was hit for six over long on.

The game was going right down to the wire and with two overs remaining, Park required a couple of wickets while Hertford now needed just 14 more runs.

Fittingly, the game was finished by James Leather as he first took his seventh wicket thanks to a sharp low catch by Shaun Robinson at first slip and then completed a run out as the last pair attempted a single as the ball went back to him in his follow through. James returned the remarkable figures of 7-17 in his second spell of 8.4 overs.

There’s a full gallery of images from the game here