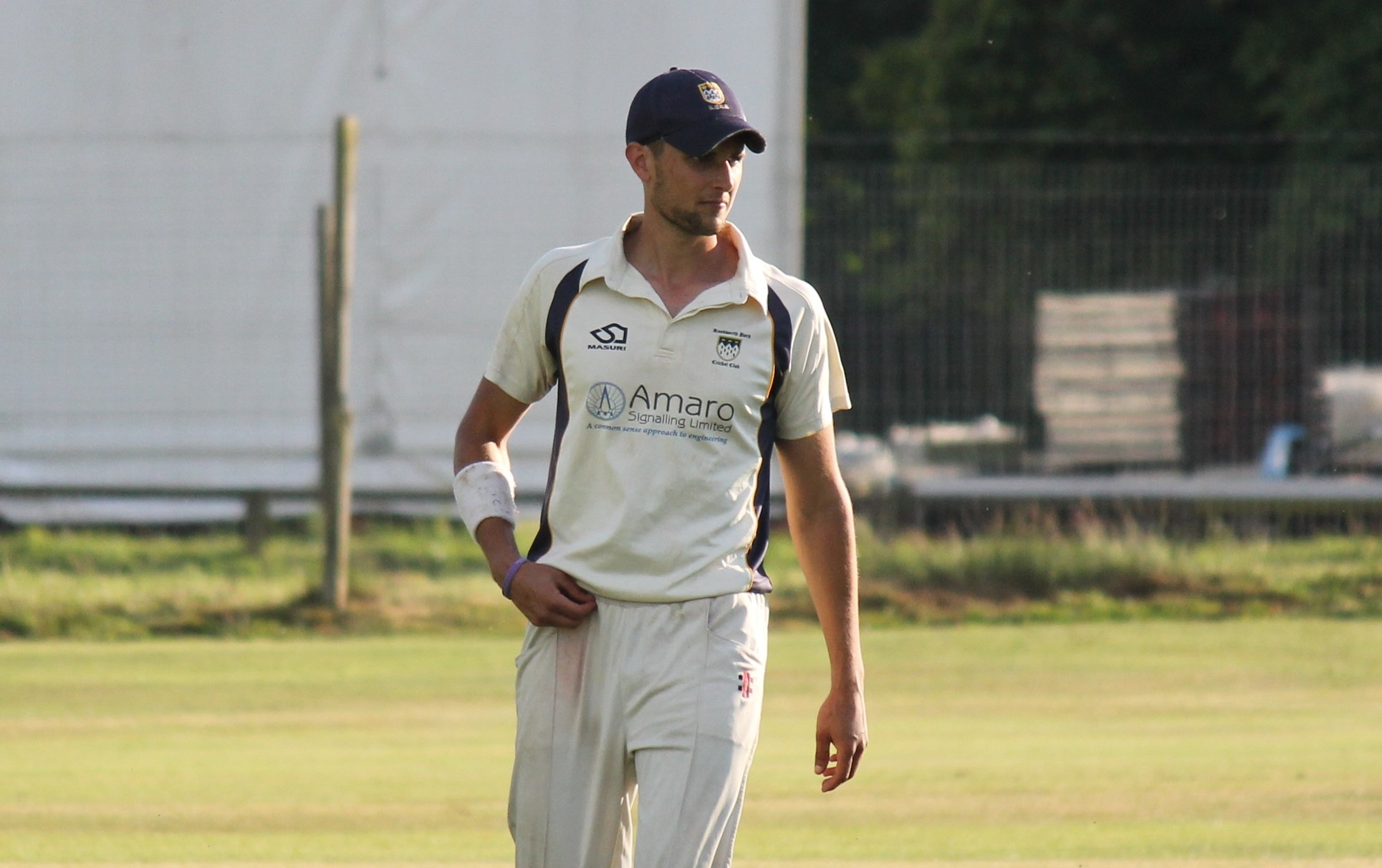 Knebworth Park missed out on another victory as they twice let strong positions slip from their control, suffering a disappointing loss away at Old Finchleians.

On a day where stormy weather was predicted Park won the toss and elected to field first with hopes of a victory before any potential rain arrived.

The opening pair for Old Finchleians managed to resist the new ball attack of James Leather and Shaun Robinson for a few overs before Robinson picked up his first wicket thanks to a well taken catch from Benji Cowell behind the stumps.

Together with Robinson he managed to build the pressure on the batsmen until two wickets fell in the over before drinks to leave Finchleians 37-3.

Patel soon took another wicket to reduce the opposition to 39-4 and Park were well on top. Three more wickets then fell, one to Patel and two to Robinson to leave Old Finchleians struggling at 7 wickets down for about 60 runs.

However, when the No.9 launched a his first ball, a full toss from Patel, into the trees for six, things began to change.

Playing with the freedom of being in a no-lose situation he began to alter the momentum. The score was taken to 86-7 at lunch.

The lunch interval may have disrupted Park at this point as, when they returned to the field, there was some loose bowling and poor fielding which was punished as the eighth-wicket pair managed to take the score beyond 200 before James Leather bowled the number nine for a well-made 74.

At the other end, he had received valuable support from his captain who also ended up with a well made half-century and Old Finchleians completed their innings with 221 on the board.

Park started well in reply with Richard Leather and Adam Sergeant seeing off the new ball bowlers with relative ease and keeping the scoring up at a good rate. However, things became harder when leg-spin was introduced from both ends as the pitch offered turn and varying degrees of bounce.

In fact, this was evident in the dismissal of both openers as Leather was LBW to a ball that skidded through for 32 before Sergeant was later caught at point to a ball that bounced considerably more than he was anticipating for 39.

With Patel and Randall now at the crease, Park continued to build steadily making good progress in chasing the 222 required for victory.

Randall fell to the third leg-spin bowler used by Old Finchleians. This brought James Leather to the crease. The score board continued to tick along and Knebworth were looking fairly comfortable with less than 100 runs required for victory.

However, on the stroke of drinks that would signal the final hour’s play, Patel managed to pick out deep mid-wicket as he looked to dispatch a full toss to the boundary. Robinson then joined Leather and both men got good starts before Leather fell LBW looking to sweep the leg spinner.

With about ten overs remaining and about 50 runs required with five wickets in hand Knebworth were still well in control. However, when Benji Cowell edged behind only three balls later, Finchleians sensed a chance for victory.

From here Park capitulated with some reckless batting as Robinson, Simpson and Chapman were all caught trying to find the boundary when less than a run a ball was needed.

When Digweed was bowled, it completed another disappointing day for the Park who had yet again thrown away the chance for a victory with some sloppy cricket.