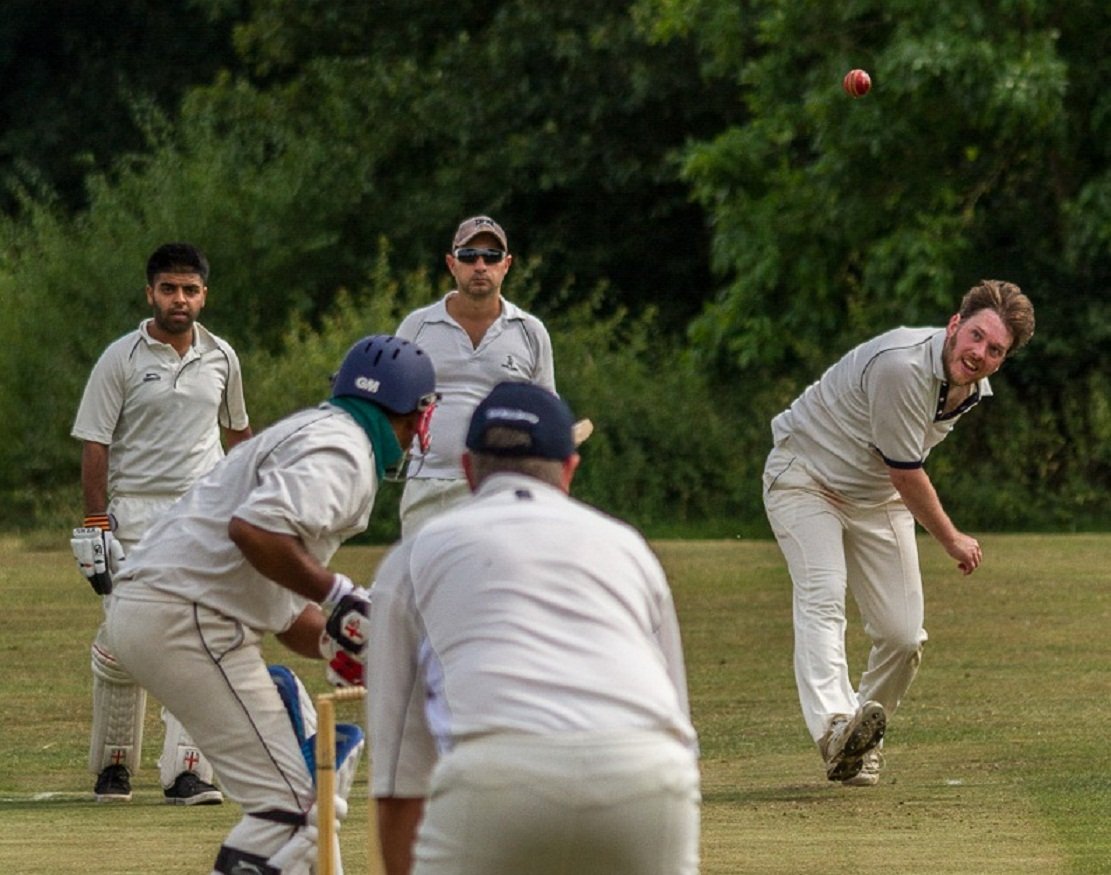 The Fifths suffered a defeat to bottom-of-the-table Hatfield & Crusaders Vs but it could have been a lot worse.

On a hot day and with only ten players, Knebworth were asked to bowl first at Aston, always difficult to cover with 11 players, so one short would always be noticeable and, with no recognised keeper, James Wareham stepped up nobly to don the gloves.

The Hatfield innings got off to a steady start, with some near-misses but punishing anything short.

The pitch offered something for the bowlers if the line and length were good but there wasn’t much margin for error.

The score moved into the 40s before the first wicket fell, caught by Wareham off the bowling of David Mantle.

This set the tone for the rest of the innings, with runs coming fairly quickly but wickets falling regularly – including one opportunity for a hat-trick for Mantle which opposition batsman just avoided by digging out a yorker.

The innings closed when the last man was out, bowled by a deceptive full toss from the returning Matt Briars, with the score on 185 from 37.1 overs, a run rate of five an over but also providing Knebworth with 52 overs to chase the total.

The bowling figures were dominated by Connor Murrill who took an impressive 4-33 from his seven overs and David Mantle who took 5-40 from an unhealthily long stint of 16 overs in the heat of the day, as well as snaffling two catches in the gully.

The fielding effort and standards never dropped but trying to cover the Aston outfield with only ten players and having a debut wicket keeper was always an uphill task – the concession of 49 extras meaning that the Hatfield total was higher than it deserved to me and the efforts were somewhat unrewarded in the field.

In reply, the batting started off steadily with Wareham and Ethan Murrill opening the innings. However, the merits of bowling straight and of a full length were soon evident as a succession of Knebworth batsmen came and went alarmingly quickly, until the innings was on the brink of a humiliating total at 44-8 (in effect, for nine, as Knebworth were obviously one short).

The last wicket partnership of Alex King and David Mantle then worked on steadying the ship while also looking to enjoy themselves and the score began to climb towards some batting points – King playing like an experienced batsman and Mantle throwing a bat at anything off line from the Hatfield bowlers.

The total had reached 114 and Hatfield were starting to look slightly concerned, before King was deceived by a looping slower ball from the Hatfield captain and was bowled for a well made 24 – the final wicket to fall. Every wicket taken by Hatfield was bowled, which tells its own story.

Mantle finished on an unbeaten 34 and the last wicket partnership was worth 70 but, in the end, the lack of batting and being short on numbers meant Hatfield took the victory by a margin of 71 runs.

A gallery of images from MIKE JONES is available here