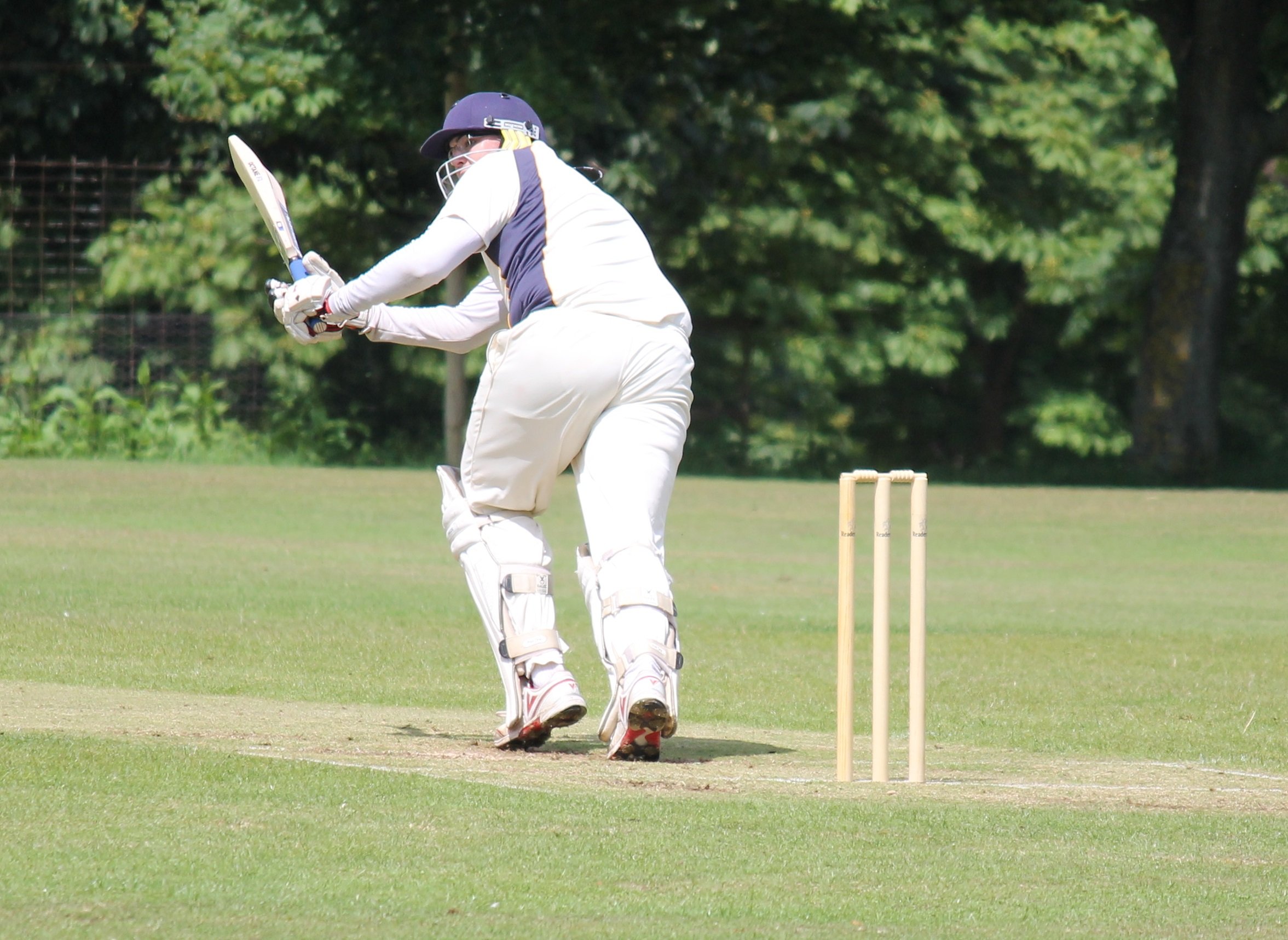 Blocker to blaster: Danny Digweed unfurled all his shots during the Super Sixes

IT was flippin’ hot, it was full-on but it was fun. That was chairman Chris Johnson’s verdict from the club’s Super Sixes day on Sunday.

Four teams, including our guests from Primrose Hill, took part in a competition designed to bring more families to the club on a Sunday to watch some entertaining cricket for people of all ages and abilities.

The Randall/Digweed team won the competition, with the normally sedate Digweed smashing 28 off the opening over to set up the victory.

However, the champagne moment was a towering hit by Gareth Taylor (playing for Primrose Hill who were one short)  which looked destined as if it might be six until Nick English, back-pedalling at deep cow corner, took an amazing one-handed catch. His momentum took him on to the seat in the corner by the church ready for his team to come and congratulate him which they did.

Chris Johnson said: ‘It was a really good day. Gavin and Sue Stephens did a great job on the BBQ.

‘It was hard work with the high humidity. We started at 1pm and finished at 8pm, so it was a long, long day.

‘It brought more people up to the club than a usual Sunday. The day was enjoyed by all those taking part young and young at heart. Hopefully, next year we get more teams.’