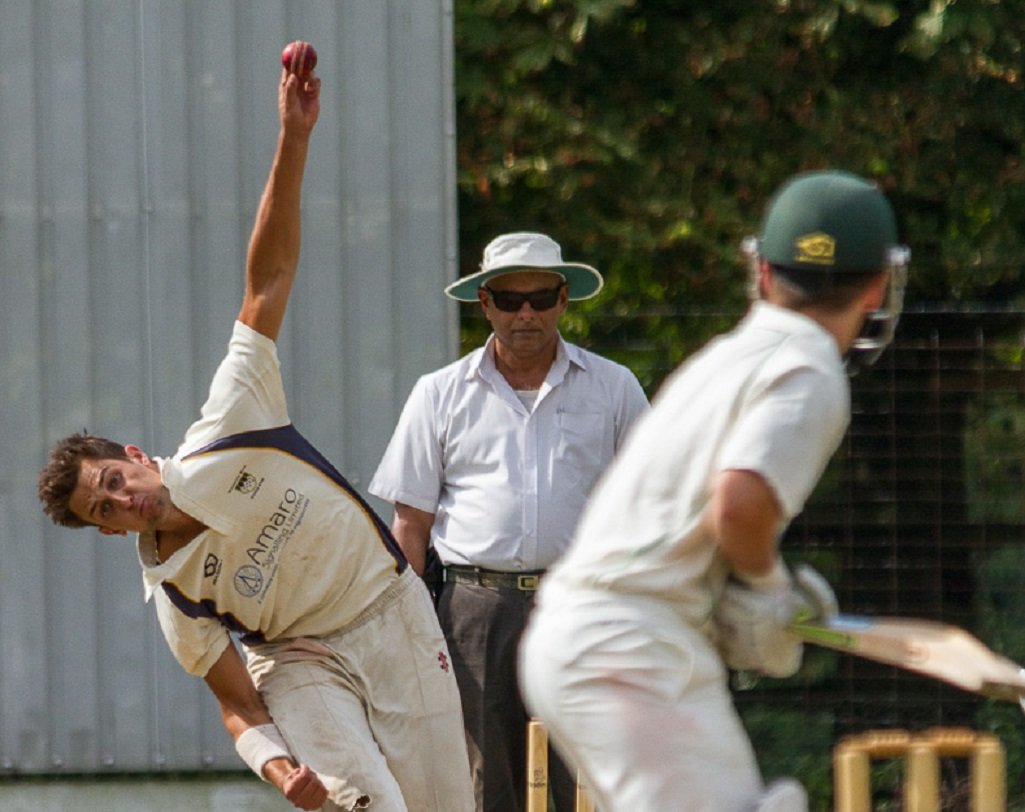 In his latest blog, First XI skipper CHARLIE RANDALL salutes two of the best performances he has seen in all his years at the Park and calls for a final push to finish the season on a high

Saturday was a proud day for the first team marked by two of the best performances I have seen at the Park.

It was just the display that I had been asking for, to show some courage and fight right to the end. With great support from everybody on the veranda, there’s no better feeling than to walk off the ground with a win in such a hard-fought game.

It’s been an up-and-down season so far. With us winning one week and losing the next, we’ve not been able to complete back-to-back wins yet. But we have the best opportunity to do so this weekend when we head Chorleywood, who we beat earlier in the year.

This opportunity comes because of a great display from two home-grown Knebworth brothers and an all-round lion-hearted effort from the rest of the team.

Richard and James Leather pulled out two of the best performances I have seen playing for Knebworth.

With Hertford coming to the Park on the back of an impressive run of 12 wins from 12 and confidence sky-high they were favourites to take the 30 points.

We lost the toss and Hertford decided to stick us into bat on a very good wicket, hoping to run through us then knock them off in quick time, which they have been doing successfully this year.

But it was not to be; Richard carried his bat for nearly 60 overs, eventually departing for 136, and, with most others chipping in, we managed to get to 243, which, at the time, was probably 20 runs short considering Richard’s great knock.

Richard’s innings was one of the best I have seen by a home-grown player. It adds to his away hundred at Hertford and he continues to score big runs in an impressive season.

We knew we were well in the game with the runs on the board. Hertford got off to a steady start, which soon turned into a great start. With not much room for error on a good wicket and a fast outfield it became hard work.

But the introduction of spin changed the game. Young offie Luke Chapmn produced a good delivery to get rid of their skipper, Steve Gale, who has been scoring plenty this year, and, in the same over, tempted the No.3 to hole out to deep mid wicket where Shaun Robinson held on to a good catch looking into the sun.

Left-arm spinner Parth Patel toiled away at the other end with no luck but pressure was building and the runs dried up.

Then the game changed, with one of the best spells of bowling I have seen. James Leather replaced Chapman and ran through the middle and lower order, in a devastating spell in which he claimed seven wickets and to top it off he effected a run out to complete an extraordinary turnaround.

Some good catching and desperate fielding kept us in the game. We kept saying at each wicket that fell that, if we stay switched on and keep the pressure going, it will happen.

The way James was bowling it was only a matter of time, even if Hertford only fell 14 runs short.

Now, we need to capitalise on this week’s result and go to Chorleywood this weekend and claim 30 points.

The win topped off a great weekend for the club, with Hugh Bateson organising an enjoyable day for the Frank Manning memorial.

The weather tried to dampen the spirit but, with live evening music and some old and new faces, I think i can say for everyone that it was a top class day. Well done to Hugh for putting so much effort into it every year!

Training as usual Tuesdays and Thursdays from 6pm to 8pm; please get down and work hard. It’s the last push of the season with only about five weeks to go.