A ‘throwback’ well worth celebrating 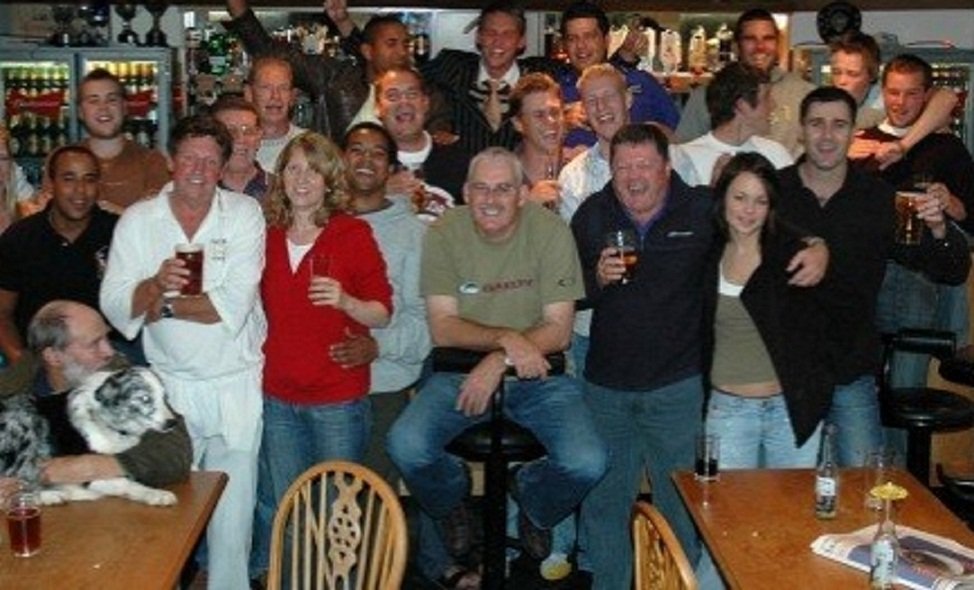 In his latest sideways glance at life at the Park, HUGH BATESON remembers one of the club’s great characters, Frank Manning

In two weeks, we play the annual Frank Manning Memorial match, when it is my privilege to invite a group of good people and good cricketers (in that order) to come and play in an all-day match against the Park. It is always a fun day and a decent game and, in many ways, it is a throwback to a different era of club cricket.

Which is wholly appropriate, because that is where Frank came from. No great surprise that, because we have been playing this game since 1985, which means the number of club members who can actually remember the old boy is pitifully small. Even the methuselah that is Graham Fisher never met Frank.

We all see him every day at the club, though, for his is the picture beside that of Ted Skeggs at the end of the bar.

So this might be a good moment to introduce you to him. I still have a snapshot memory of when I first met Frank. He was captain of the second team and it was my first game for the club, away at at ground behind Stopsley Crematorium near Luton – hardly the most scenic of backdrops.

This would have been the summer of 1973 and I was a promising young whippersnapper of a batsman (well that’s my memory tells me anyway) and I came out to bat for my first ball in men’s cricket having played nothing but schoolboy stuff until then. I played a textbook cover drive, the one and only of my life I suspect, and called, as had been drilled into me so many times at school, clearly and concisely. “Three”.

The etiquette I had been taught by my assiduous coaches was that as the ball had gone in front of square it was my call, the non-striker would respond instantly, run swiftly and all would be hunky-dory.

It was actually the start of a long friendship, which is why I am so glad to be involved in the game on Friday, July 25.

It would be tempting to call Frank ‘old school’ except that precious little he knew about life, cricket and everything came from school. But he did come from, and epitomise, a different time in cricket. To understand that, you have to picture the club as it was then.

We ran two teams, and selection was very simple. Everyone played every Saturday and Sunday from April until September, or in my case from when school ended. The junior section was also very simple: me.

The clubhouse had just been built, and it was a great deal smaller than now. Picture a line where the beam in front of  the bar runs and that was it. Two dressing rooms (as they are now), a kitchen and a small bar, run by Ted Skeggs of course, backing on to the home dressing room.

There was just the one pitch, the bottom ground was a pony field. Frank looked after the top ground, and I can still see him on the roller (an old red one in those days) with the infant Tony Skeggs on his knees.

The idea of a seamless pyramid structure of the Herts league was still years and years in the future and the game was played in a different way. Win the toss, bat, bowl the buggers out.

Now, no one could pretend Frank was a Brearley of a captain or even a great cricketer. But we won more often than we lost, we had fun, arguments, laughs and beer and I looked forwards to the weekends SO much.

When he finished playing he still did the ground and would always be in the bar casting a critical and though not always expert eye over the games. I lost count of the number of times I would come back from an away game to have a beer with Frank while he talked me through “the innings of a lifetime” that someone had just played, though I am damn sure he never said it about me.

But there is much more to Frank’s place in Knebworth Park’s history, for it was he, when the club started growing towards the size it is now, who saw the possibility of turning the pony field into a second ground, and it was he who did a tremendous amount of work to make it happen.

So July 25 presents a lovely chance for the club to reconnect with its past, to celebrate what we have achieved and realise how lucky we are.

Frank would, of course, cut through that high-falutin’ rubbish and just say it is a day worth enjoying.

Please come along and do so.

Celebrating: Frank Manning Day is a good excuse to join Hugh, front right, for a party like this in the bar