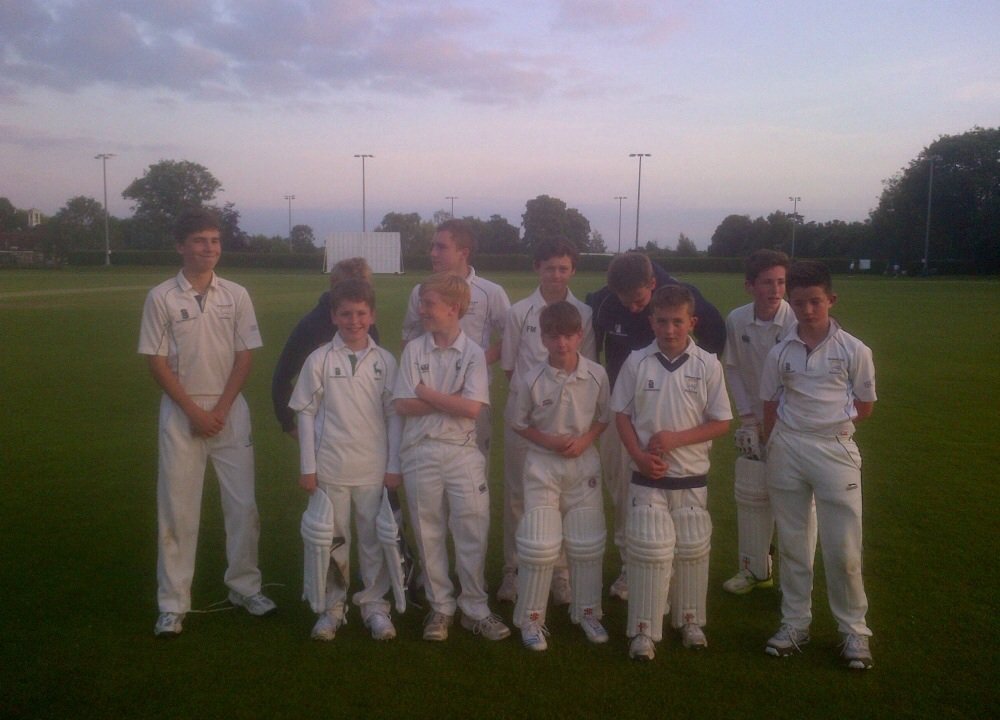 On a roll: The under-14s have been in great form this season

The U14s have had a busy time of late… but continued their good form with two great victories.

An away fixture at Bishop’s Stortford last Thursday turned into a real nail-biter. The team was supported by some fine under-11s and under-12s as a number of the under-14s had school commitments, as indeed did John Inman!

Trevor Jones and Sarah Inman did a fine job of holding the fort umpiring and most importantly getting boys to the fixture.

Bishop’s Stortford posted a target of 118 runs despite some fine fielding by the Park.

However, following a strong start by captain on the night, Harry, and Archie, it all went down to the last over and indeed the last ball.

The Park needed two to win and a new batsman was facing for the first time but Cameron Boon hit a fantastic four off the last ball and secured the win to the delight of the boys and supporters alike.

Last night (Tuesday), the under-14s played at home against Shenley in beautiful sunshine.

Shenley proved a tough side to bowl out but once the wickets fell, started by Tom Orchard and completed by Kathy Morley, and some entertaining catches held – including a great juggling effort by Stefan – a target of 112 was set.

The Park showed batting strength and depth… but, again, with Harry on 49 not out, it was left to Cameron hit a four to secure the win for the home side, albeit with overs to spare this time.

Next up is Welwyn Garden City tomorrow (Thursday) night at home. Let’s hope for a hat trick!