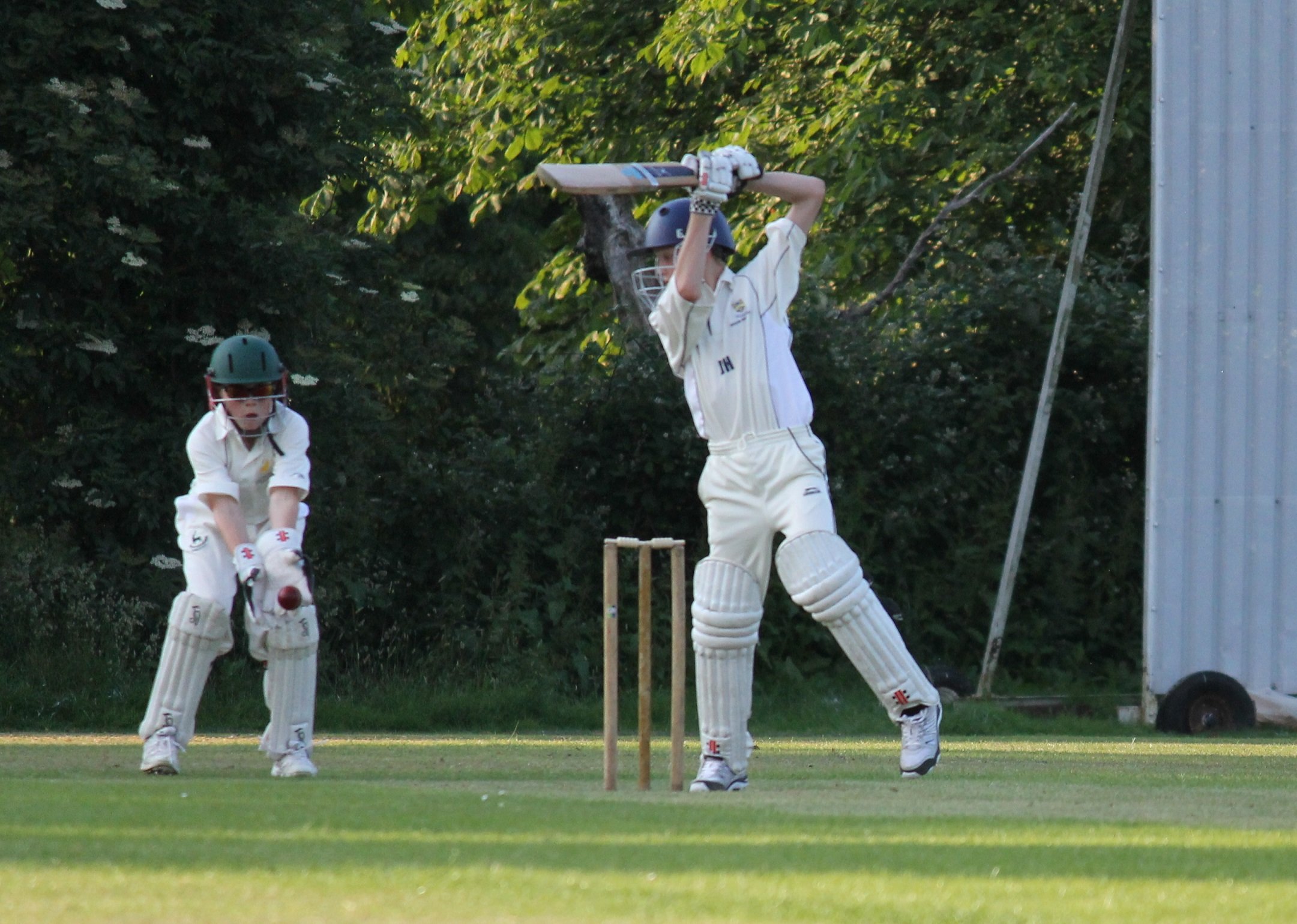 We hosted the Hitchin home leg on a lovely, warm summer’s evening down on the bottom pitch.

Our guests won the toss and put us into bat. Captain Henry W and Kyle opened as usual but both boys were soon back in the shed, as was Ted sadly; our top order failing to make a start for the second time in succession.

Jonny held up his end in a hard-fought, skillful and unbeaten innings, retiring on 33, although Henry G, Jake and Max – try as they did – couldn’t stay with him. Daniel made a real fight of it with a run-a-ball 16, and, at the, end Ewan was not out for 3. We closed on 95-7.

Knowing we were in for a tight scrap, Henry W opted for a seam attack, along with Kyle. Both boys bowled fast and tight, Henry removing their No.4 in his 4th over but, more importantly, the pair conceded just 15 runs for their combined eight overs.

Further wickets were to fall following first change, where Will H and Max took a wicket apiece: Max clean-bowling their opener in his first over for a wicket maiden and Jonny taking a superb catch off Will’s penultimate delivery from his four-over quota.

Henry G and Daniel bowled well and debutante Will R bowled his first ever over, looking every part a seasoned bowler!

Tight fielding with notable efforts from Jake and Ewan, along with another great effort with the gloves by Ted, ultimately restricted Hitchin to 92-3 from their 20.

Great stroke: Jonny H in action on his way to an unbeaten 33