Under-13s: Hosts sneak home in the last over 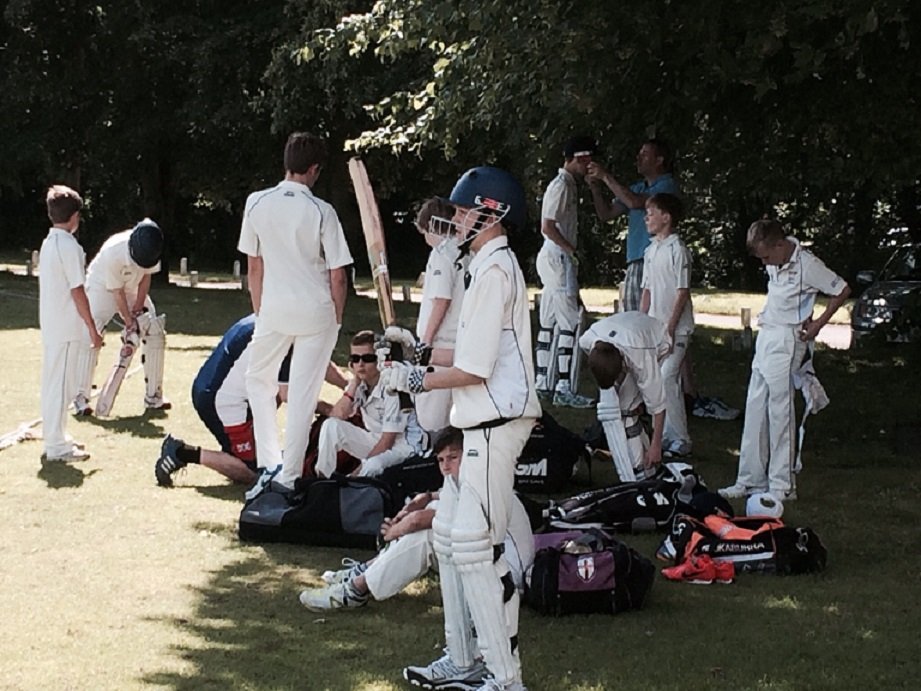 Welwyn Garden City hosted us on another lovely, sunny and warm summer’s evening.

Our hosts won the toss and put us in to bat. With a few key boys running late, we went with a slightly different batting line-up.

Henry W and Kyle opened as usual, though Henry wasn’t able to get going, bowled for four.

Jonny, Daniel and Ted all made promising starts but – a little like the Ickleford game – the opposition were able to nip anything in the bud before it became threatening.

Kyle, meanwhile, continued to push the scoreboard forward at his end, though he was eventually very well caught on the cow corner boundary trying to retire on a maximum.

Ewan was unlucky to be dismissed after a series of hefty blows, while Catherine held up her end very nicely indeed.

Star of the show, however, was Max, who, after a dissappointing season so far, dispelled all that with a wonderfully positive innings, including a big six over the square leg boundary.

Sadly, however, he was stumped as his enthusiasm got the better of him, leaving Will H and Catherine to see ut the innings as we closed on 90-7.

Without enough runs on the board, Captain Haggar knew a recipe of tight, aggresive bowling and sharp fielding was the only way we would be able to restrict our hosts.

Henry W and Kyle opened the prescribed seam attack, with both boys bowling tight, fast lines combined with a bit of swing thrown in for good measure.

Kyle made the breakthrough in his third over and the collective effort meant the pair only conceded 24 runs for their combined eight overs.

Henry G and Will came on at first change, with the former having a very good day with the ball, delivering some wiley off-spin to take three crucial wickets, which included a couple of catches by Jonny and Max.

A great stumping by Ted and some outstanding fielding from Ewan and Jake – both boys putting their personal safety below that of team and country – gave the team vital confidence.

Despite the crisp fielding and economical bowling from Will, Max and Daniel, it wasn’t to be and our hosts snuck past the post in the last over, closing on 94-4.

The under-13s slipped to a narrow defeat at WGC