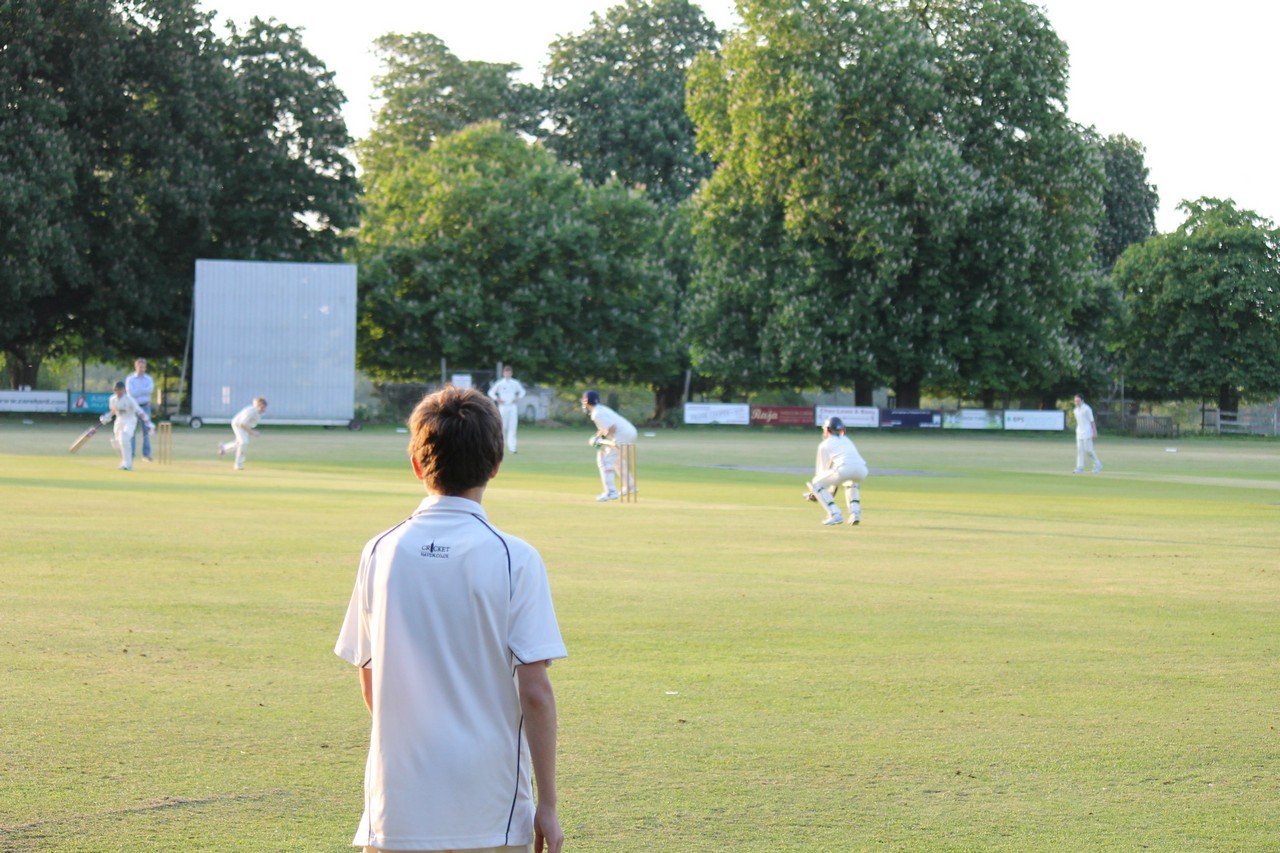 We hosted Shenley Village for the first time on a dry, Friday evening, following three or four days of persistent rain.

Will won the toss and elected to bat. Henry W and Kyle opened on a damp, flat wicket. Both boys struggled to find the gaps against some effective bowling and fielding.

At some 43 runs off ten overs we were very much behind a respectable run rate.

Henry W was first to fall, LBW in the 11th. Jonny tried to setup a repeat of his inspiring Hitchin innings but, sadly, ran himself out looking for a reasonable single.

Kyle was then bowled soon after. Will worked hard to rebuild the run rate with Daniel, who tried to stay with him but fell leg-before and Ted was stumped trying to be his usual positive self.

Will eventually retired after another cracking knock, pushing the score close to three figures. Catherine and Jake pushed-on and we eventually closed on 100-5.

Given the relatively low score and that we were up against an unknown batting side, Will opted for a spin attack, with county under-tens debutant Alex G and Catherine at the other end.

Despite the poor wicket, both spinners were able to generate varying degrees of turn. Indeed young Alex might have had any number of LBW appeals given in his first over were it not for the ball turning too much.

Alex didn’t have long to wait though, taking his debut wicket LBW in his second over and the innings’ second wicket – another catch for Henry ‘Buckets’ W – in his third.

Catherine maintained the pressure at the other end but was unlucky not to be rewarded with a wicket.

Kyle and Buckets were first change, the former bowling their No.3 with his third delivery (and later removing their No.6, bowled).

Will picked-up his first wicket of the season – yet another catch for Buckets – while Max, Jonny and Henry G all bowled well but without success.

Despite some great fielding – including Jake, who showed impressive commitment trying to save a boundary and taking a serious knock to one of his fingers for his trouble – Shenley were doing a good job of chasing down the score, ultimately needing 13 off the last over.

Up stepped Daniel, who took a crucial wicket (caught, Kyle this time) and conceded only four runs. Shenley closed on 94-6.

A special well done again to Ted, who, with no winter wicket keeping training, continues to do a marvellous job behind the stumps.