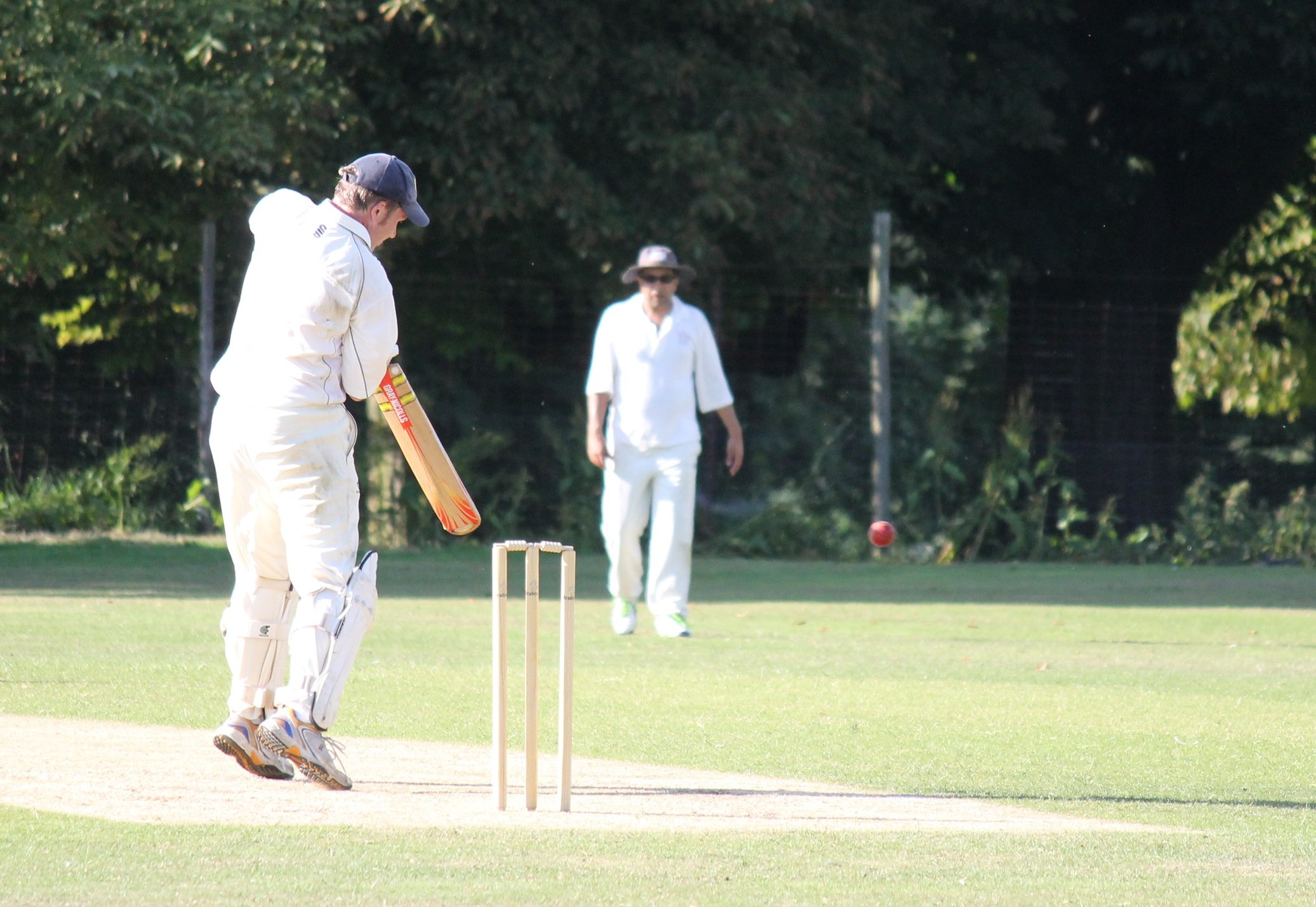 Counter-attack: Ian Woods steers another one away as he compiles a fine half-century

Graham Fisher was left to rue putting in the opposition as the Thirds spent a hot Saturday afternoon chasing leather on an excellent batting pitch at the Park.

Old Cholmeleians batted well to pile up an imposing 251-7 in their 53 overs and claim maximum batting points on a day when the home side probably needed them more.

In reply, the Thirds never got up with the rate, despite an excellent half-century from Ian Woods and finished on 172-8.

At least, they were able to stop a run of damaging defeats but, with just five points from the match, they remain rooted at the bottom of Division Five.

Fisher probably decided not to chance batting first after the track misbehaved badly the week before. But this wicket was a different prospect and it was extremely hard work for the bowlers.

In truth, the Thirds plugged away well; the bowling was accurate enough if lacking venom and, at times, the fielding was superb.

Bobby Crowe bowled without much luck in an excellent marathon spell; Fisher claimed four wickets but was never at his best, while Sayf Khan, Sean Carmody and Jonathan Cirkel all claimed a wicket apiece.

In reply, the Thirds were rocked by two early setbacks, with under-14 Archie Stephens running himself out without facing a ball and Steve Holmes cleaned up by the best ball of the game.

Woods rebuild superbly with Robert Morley (38) although the asking rate was climbing above eight an over when Woods was bowled for an excellent 64.

The steady loss of wickets meant Crowe (19*) and Richard Jones had to see out the final few overs to secure the draw.