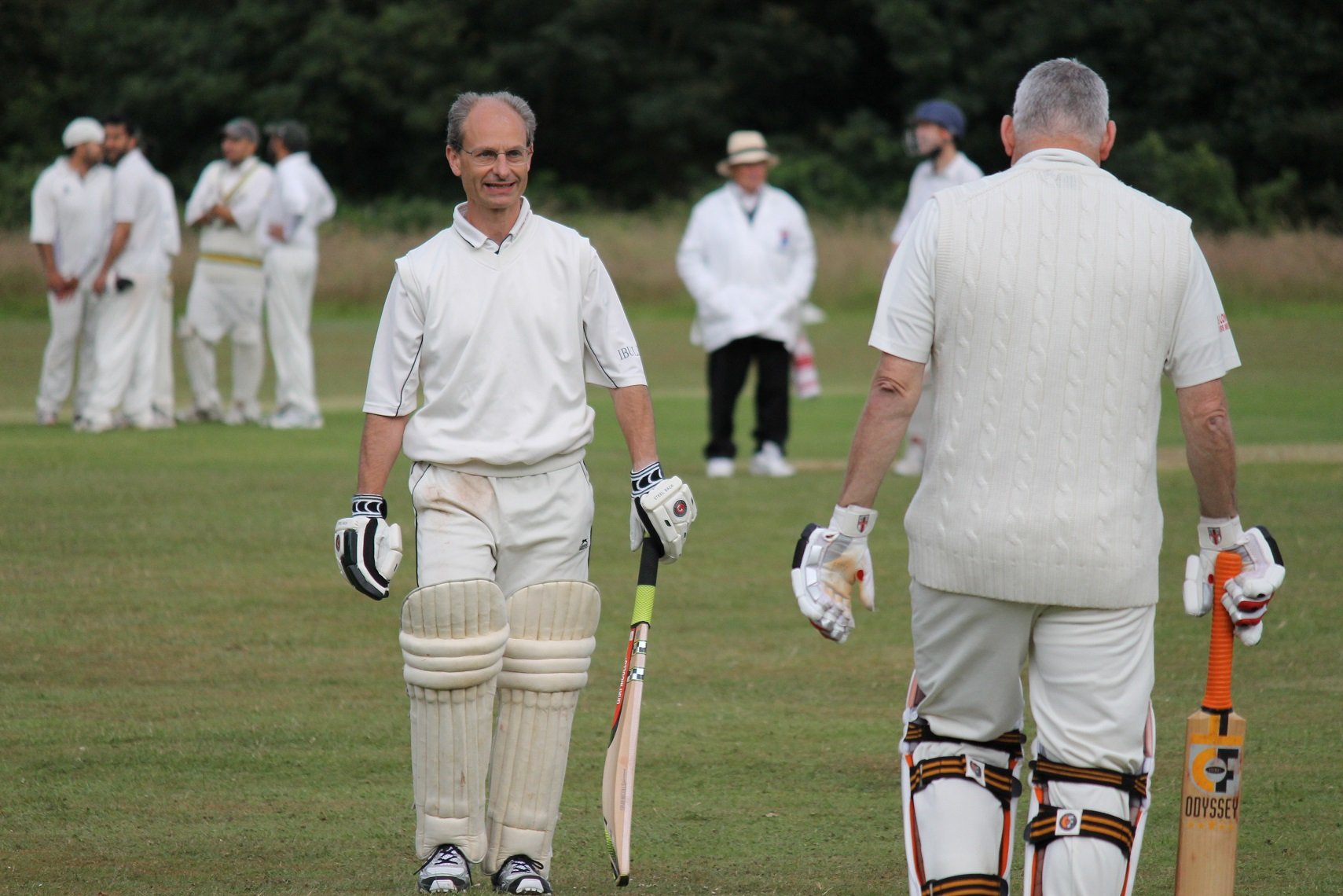 Another Saturday, another below-par batting performance and another defeat for the beleaguered Thirds, who remain rock bottom of Division Five.

Set just 141 for victory in a rain-shortened game at Bentley Heath, the Thirds finished 115 all out as the batsmen failed to build enough meaningful partnerships and no one was able to anchor the innings to see their side home.

It meant more frustration for skipper Graham Fisher, who had earlier claimed six wickets after putting the home side into bat.

But his team will have to put together a string of results sooner rather than later or they will find themselves slipping several divisions down the league when the new structure comes in next season.

The start of Saturday’s game was held up for an hour by a heavy shower and the pitch was damp and always going to be testing.

Bentley Heath decided to go for their shots and got away to a rollicking five-an-over start.

But when Bobby Crowe got one to lift alarmingly and the opener gloved to gully, it sparked a collapse.

Fisher, bowling mostly seam up, was his usual economical self although the batsmen were guilty of some terrible hacks at short-pitched deliveries to hand him three of his wickets.

With Bentley Heath tottering at seven wickets down, the Park could have closed the game down but they went flat at crucial moments and let the home side get a vital 30 runs more than they should.

It was encouraging to see teenage seamer Max Burrows return to action after a lengthy injury lay-off and he bowled with good pace and movement to claim a couple of wickets.

As ever, the Park reply got off to a shaky start, two wickets falling with just six on the board.

Ian Woods looked in good touch, top-scoring with 29 as he helped stabilise the innings.

After he and Bret Painter departed in quick succession, the Park hopes were raised briefly as Sayf Khan (15) and Ian Pickering (16) began to get on top of the bowling.

However, the innings fell away until a last-wicket stand between Fisher and Andy Holmes again raised the hope of a very unlikely victory or at least a draw.

But Holmes damaged his hamstring as he tumbled turning for a second and the stand lost momentum. Fisher then chopped on to see the Thirds condemned to another defeat.