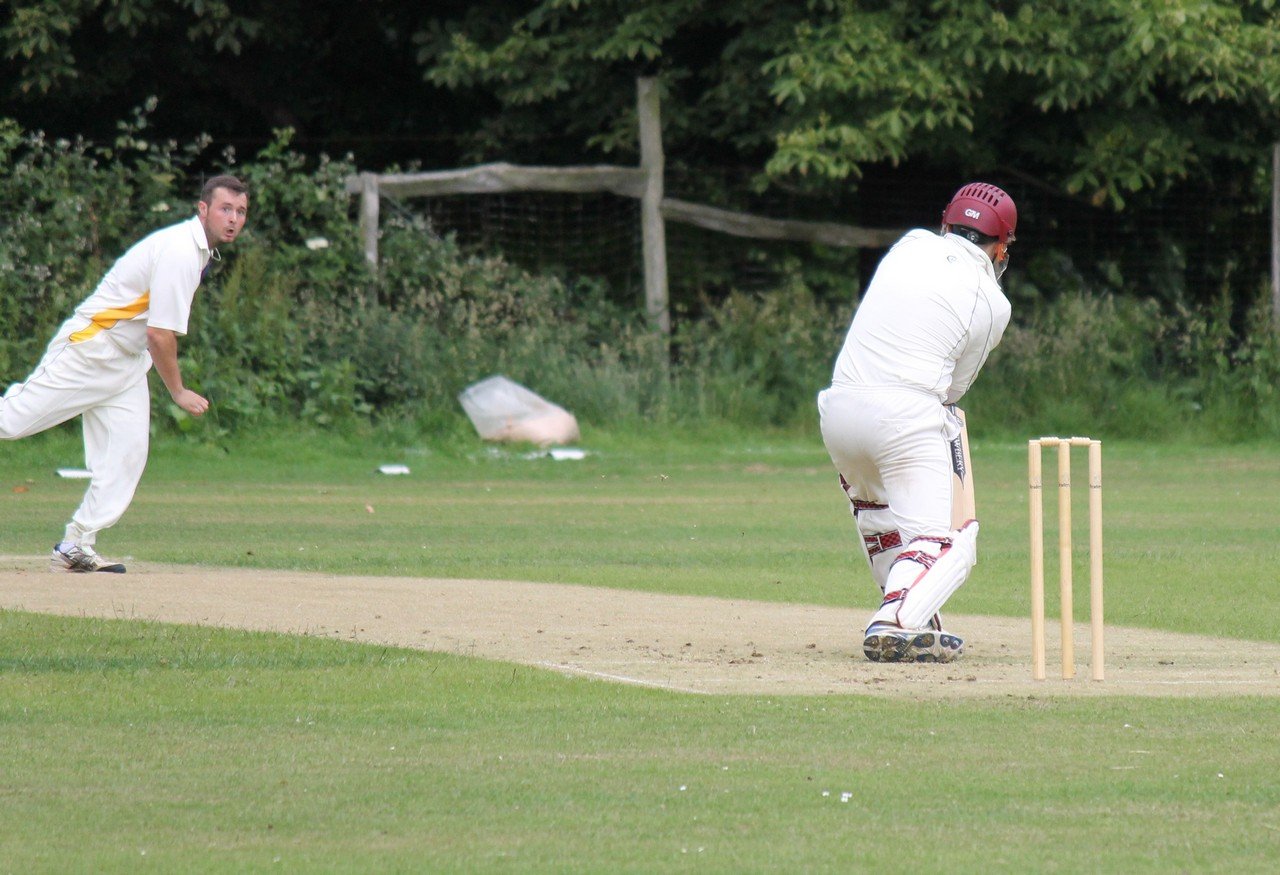 Chris Bonser batting for the Thirds against Flitwick II

The Thirds were left rooted at the bottom of Division Five after another woeful performance saw them blown away at home to Flitwick II.

Having won the toss and electing to bat, they were shot out for 110, Tom Hills top-scoring with a brave 19 after being struck two painful blows.

The batsmen were left looking at the pitch after several were undone by brutish balls that the Flitwick medium-pacers got to leap spectacularly from a good length.

But the Thirds’ bowlers were poor and unable to extract the same venom from the track as they served up some wayward stuff.

Although Sean Carmody struck early with a well-directed yorker, the visitors chased down their target in the 22nd over for the loss of just two wickets.