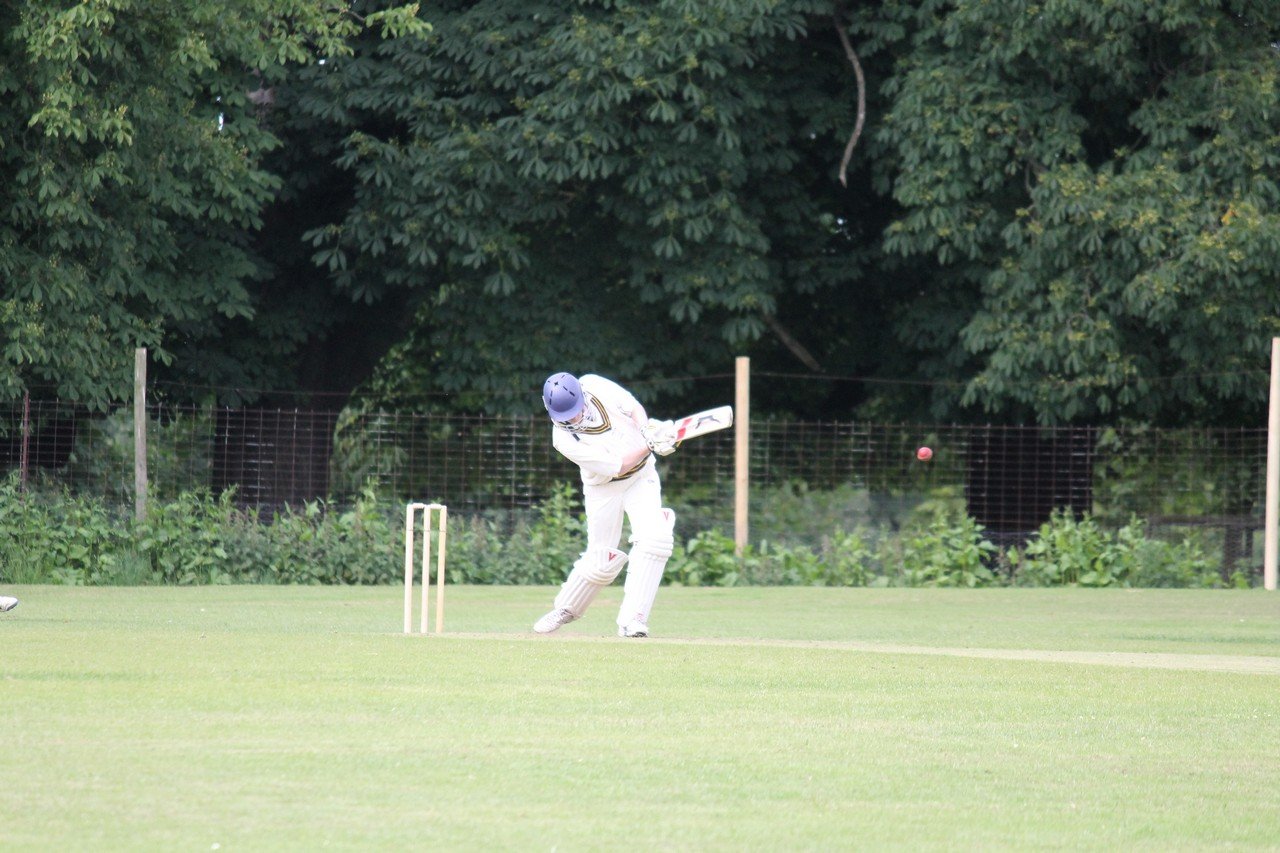 Ed Wright blasted a superb 31-ball half-century to help the Thirds produce their best league performance of the year so far.

The tall right-hander, pictured above, came to the crease with less than ten overs to go and the Park struggling to post a competitive score in their home game against Wheathampstead IIs.

He clattered three mighty sixes and a succession of other fine boundaries as the Thirds posted 165-8, securing their first batting points of the season.

He also snaffled two terrific catches behind the stumps as his side pushed for victory but the visitors held on to finish on 124-8 and salvage a draw.

The Thirds came into the game badly needing a win or at least to show some decent form with the bat. Put in after losing the toss, things started badly when they lost two quick wickets and were forced to rebuild.

Danny Digweed, Chris Bonser, Ian Pickering, Robert Morley and Steve Holmes all played their parts, digging in to keep wickets in hand but never really getting the scoreboard moving freely in the face of some nagging bowling on a tacky pitch.

But Wright made a mockery of his colleagues’ travails, swinging freely through the line and connecting with some towering blows.

His efforts ensured the home side took four batting points, their first in four completed innings this year.

In reply, the visitors never really looked like challenging the total. Gareth Jones bowled a lively opening spell, claiming two early wickets, before skipper Graham Fisher started to chip away at the middle order, finishing with four for 34.

Alhough Morley and  Bonser, getting a rare chance to turn his arm over, claimed a wicket apiece, there was just not enough menace in the track for the Thirds to complete their victory and they had to be content with a handy 14 points.