Sixth XI: Defeat… but a triumph of spirit 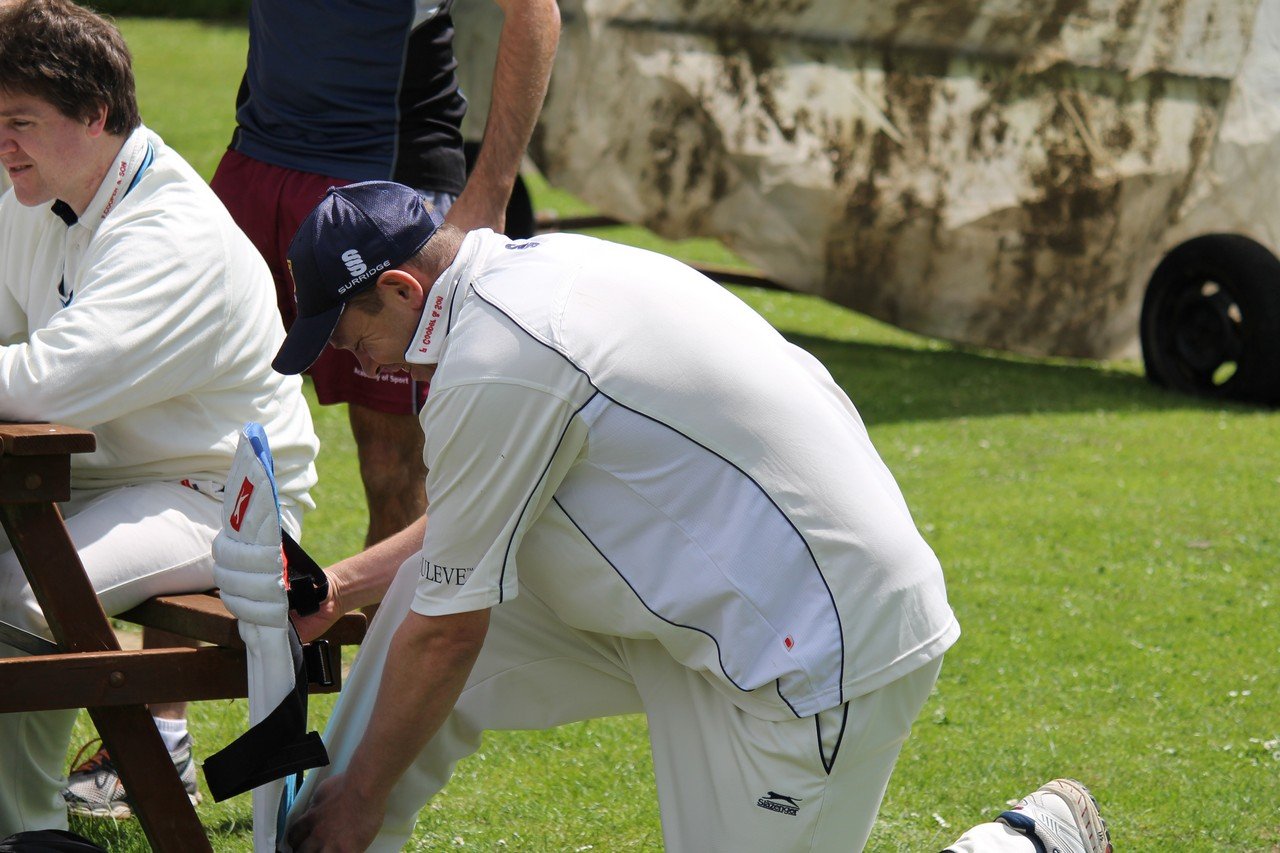 Sometimes it really isn’t about the winning, it’s about the taking part… and that was the case during the Sixths’ opening league match of the season.

Skipper Gareth Taylor, pictured above, took his side, left one man short by a late withdrawal, to Hitchin IV, where they suffered a seven-wicket defeat.

However, he was not downhearted afterwards; instead, he was delighted at the way his side, a mixture of youngsters, including juniors from the under-13s, and more experienced hands such as Dave Haslam, had played the game and enjoyed themselves so much.

The Sixths made a below-par 90 in their innings, with Charlie Court top-scoring with 35. The spirit of the game was summed up by Taylor’s own dismissal, spectacularly caught by an outsize veteran fielder who flung himself full-length to grab the ball inches from the ground… but then offered to buy the beers by way of celebration.

In reply, the home side knocked off the runs for the loss of just three wickets but Taylor also heaped praise on Jo Barnes who returned 2-31 and under-13 William Haggar, who, playing in his first senior league game, recovered from a wayward opening over to produce a fine spell and claim his first league wicket.