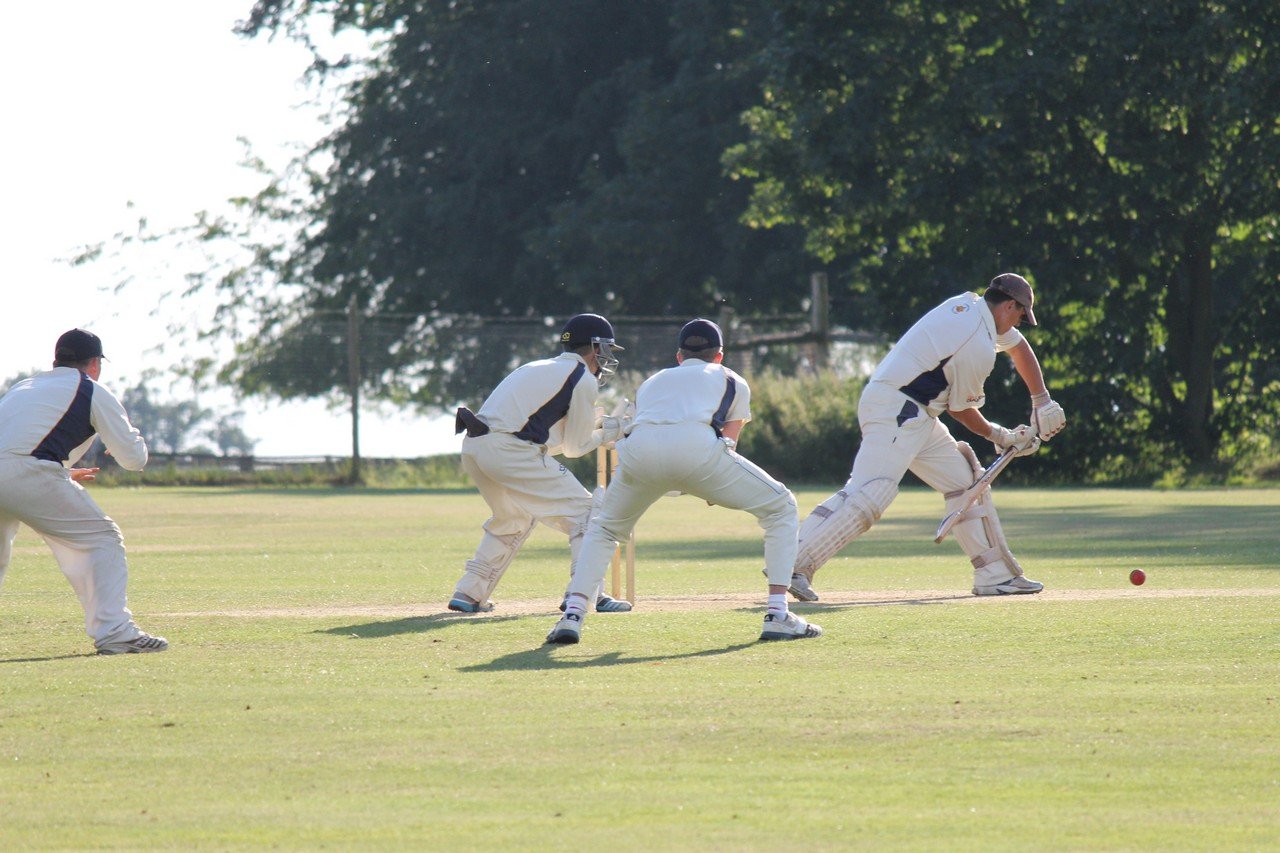 Surrounded: The Firsts crowd round the Langleybury batsman but were unable to force a victory

Adam Sergeant cracked a superb century but it was not enough to ensure a victory for the Firsts today (Saturday).

The in-form batsman hit 110 as Charlie Randall’s men piled up 295-8 in their home match against Langleybury.

The visitors were never seriously in the hunt but on a great wicket for batting it was always going to be difficult to bowl a side out and they finished on 228-7, Luke Chapman claiming three wickets.

It was, however, the strongest performance of a lacklustre day for the Park, with the Seconds crashing to defeat at Hertford. Having put the opposition in, they piled up 269-5 before the Park tumbled to 151 all out.

Thirds skipper Graham Fisher was also left to rue putting the opposition in on a great batting track on the bottom pitch at the Park. Old Cholmeleians piled up 251-7 and, although the Thirds finished on 172-8 to stave off defeat, they were never up with the asking rate, despite a fine half-century from Ian Woods.

The Fourths lost by three wickets to Little Berkhamsted Sahibs. They were progressing well, thanks to fine knocks from Nick English and Dave Barwick, before a spectacular batting collapse saw them crumble to 150 all out. The home side chased down their target with plenty of overs to spare.

Dave Mantle’s Fifths were comprehensively beaten at Tewin II where the home side rattled up an imposing 209-3. With Sandy Reynolds needing six stitches when he split the webbing of his hand, the Fifths were down to ten men and were bundled out for just 110.