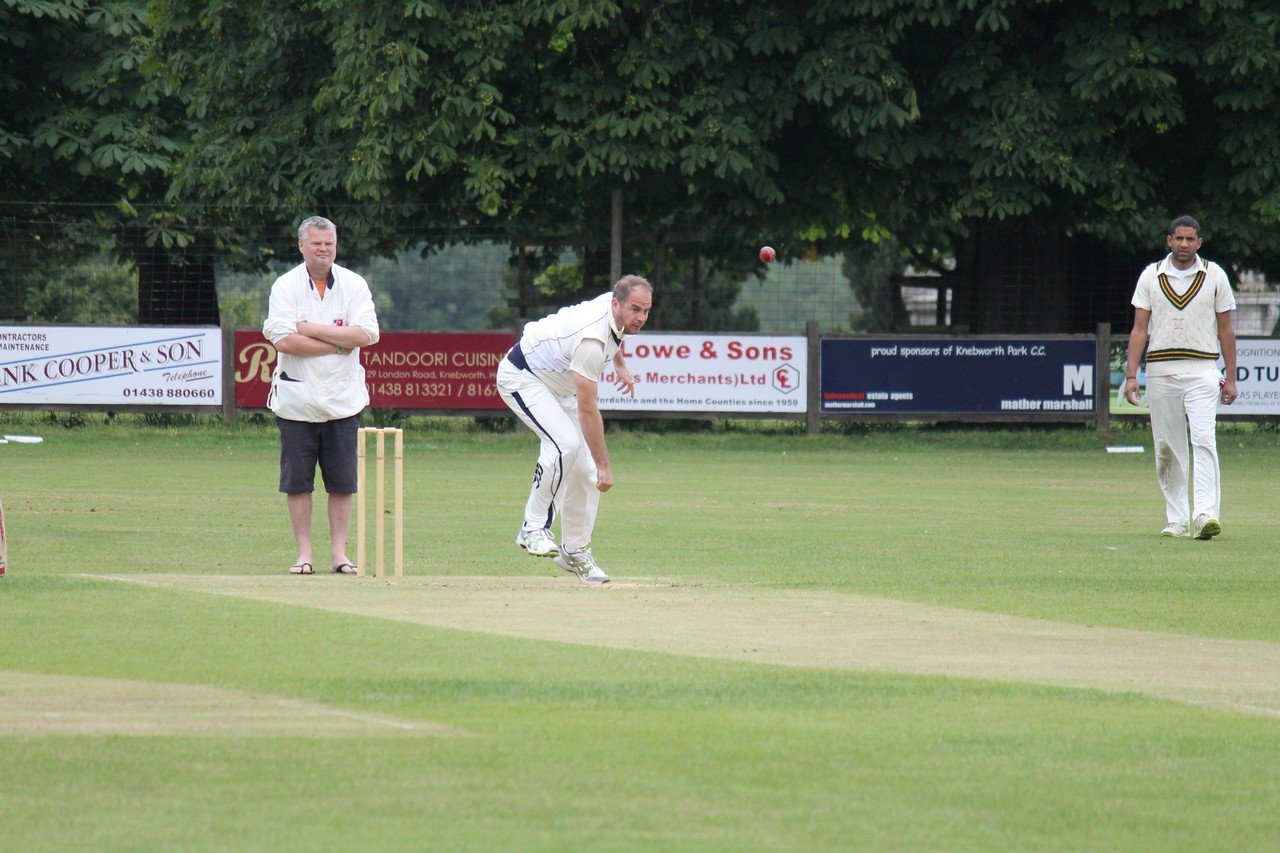 Sam McCrow starred as Knebworth Second Team notched up a  win against Northwood Town on Saturday.

Winning the toss and elected to bowl first, the home team had Northwood in trouble early on as they reduced the visitors to 19-3, McCrow picking up the first three wickets in his opening spell.

Bowling in tandem with Guy Warman, the ball was mainly unplayable in the first 15 overs, as Warman bowled with equal control at the other end.

A double change introduced Ross Courtney (1-32) and the ever impressive Jack Orchard (2-31) into the attack. Both bowled an excellent line and were rewarded for their efforts over the next 20 overs.

Towards the end, the skipper McCrow (5-38) brought himself back on and was soon rewarded with two quick wickets, removing the dangerous Kotecha (54) and Patel (16).

A second spell from Warman (1-38) at the end cleaned the Northwood Town innings up as they finished 166 all out in the 50 over.

Knebworth Park got off to a steady start in pursuit of their target.  The wicket still had a bit in it as both openers settle in.

The in-form Adrian Holmes continued to impress, as he and Warman took the score to 32 before Warman (20) was out, caught at midwicket.

This bought Oliver Pitts to the wicket and, with Holmes, he took the score along to 73 before Holmes fell for 28, as he was caught at cover point.

Needing 94 to win, the Park required some experience to take the game home and this was provided by the seasoned Ryan Skeggs. Batting with Pitts (44) the next 13 overs took the game away from Northwood.

In a partnership of 51 dominated by Skeggs  both batsman played to their strengths and when Skeggs eventually fell for 33, the score was on 126 with 38 runs require off the remaining 13 overs.

The game was closed out in professional style by Richmond (11*) and Ross Courtney (16*) to provide the team with their second win of the season and lift them up the table by five places.