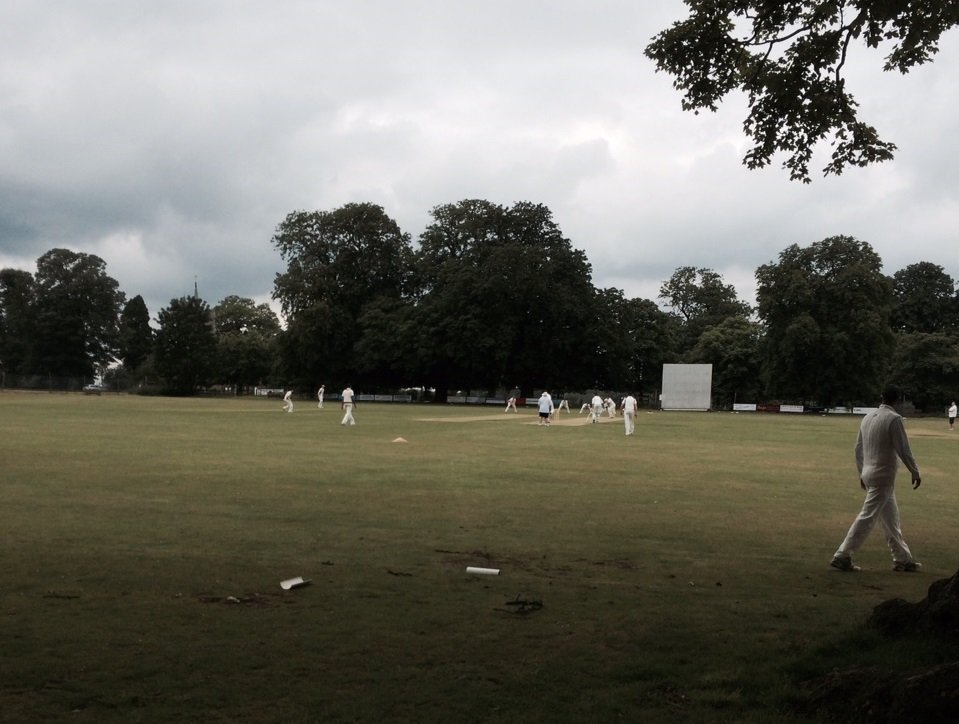 Sam McCrow claimed five wickets as the Seconds, pictured above, stole the show on a mixed Saturday for the Park which saw the Firsts crash to a disappointing defeat.

The skipper, backed by young spinner Jack Orchard who took two wickets, led from the front taking 5-39 as Northwood were bundled out for 166.

The Seconds survived one or two wobbles to get home for a five-wicket win, Ollie Pitts top-scoring with 44.

But Firsts skipper Charlie Randall was far less happy as his side collapsed to throw away a winning position against West Herts. Having bowled out the opposition for 150 they were going reasonably well at 70-odd for three before falling apart and suffering a 36-run defeat and leaving them still searching for a win away from home.

Ed Wright smashed a whirlwind 50 in just 31 balls as the Thirds put in a much-improved performance against Wheathampstead IIs. Wright’s big hitting ensured they posted a handy 165-8 on a tricky wicket. However, the opposition hung on for a draw, closing on 124-8.

The Fourths were crushed by Stevenage IV, who posted an imposing 257-7 before collapsing to a dismal 57 all out. Only Dave Barwick, with 21, put up much resistance.

The Fifths fixture was lost to the weather after overnight rain left the pitch unplayable.