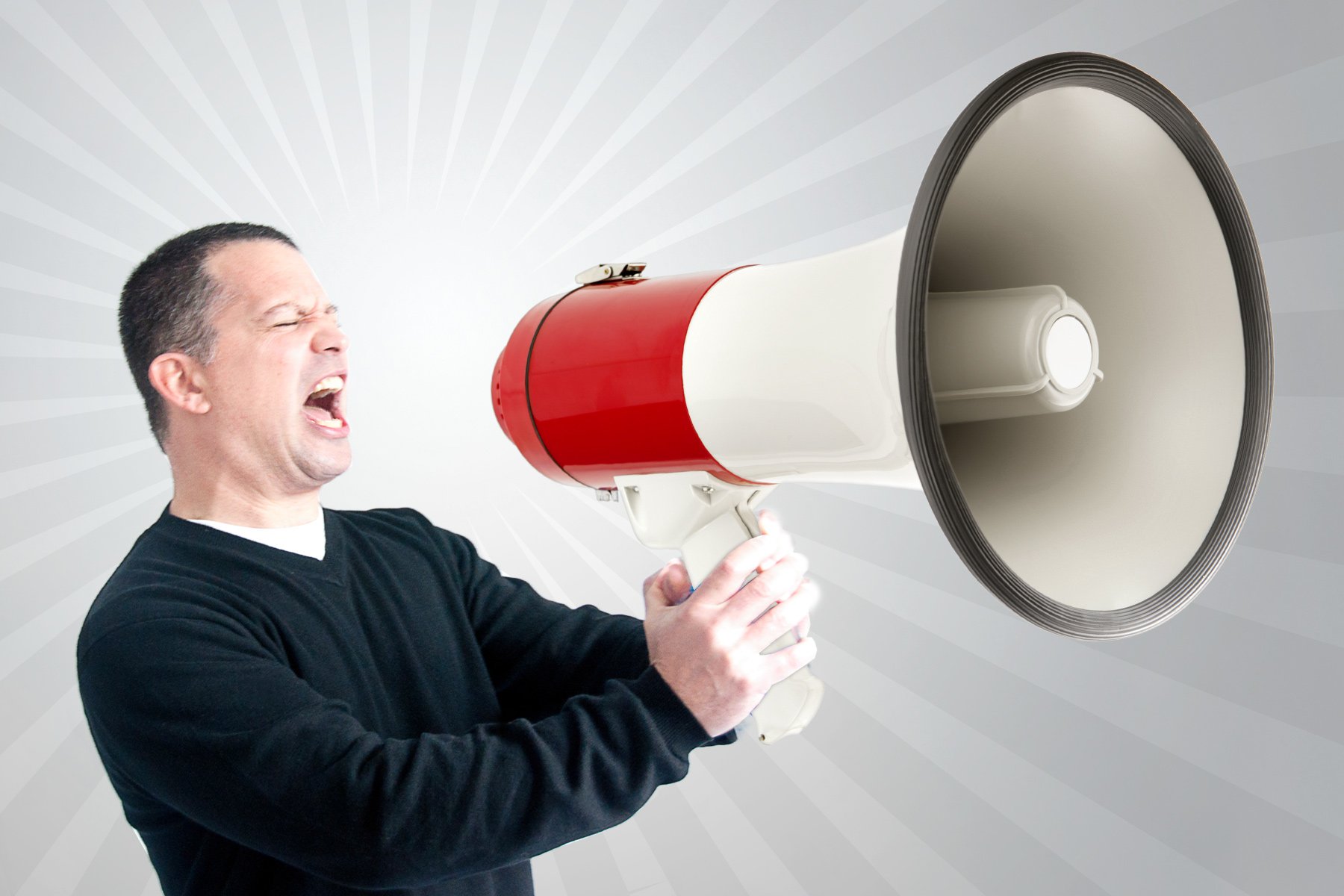 August 2: Annoyingly, we have had to call of the Sixths team game against Datchworth. Yet again, it’s down to too many last-minute drop-outs. And it’s started raining.

August 2: After a week of being told today will be a wash-out, all eyes are on the skies today. So far, it’s gloomy but no wet stuff. BBC predicts a shower mid-afternoon… so fingers crossed for this afternoon

July 28: There’s another big weekend at the club coming up; after Saturday’s crucial round of league games we have two games at the Park on Sunday. One is a friendly fixture against Aston , while, on the top pitch, it’s the annual Nick Simpson memorial match, remembering one of the club’s bright young stars who died far too young. We need plenty of players to fulfil both fixtures so if you can take part please let Chris Johnson know on 07867 580492

July 25: The Reporters have roved and today it’s the Frank Manning memorial game. It’s gonna be another scorcher on and off the cricket field as Hugh Bateson’s team takes on the Park. Your support would be very welcome!

July 23: Two great days of cricket ahead. The Roving Reporters visit tomorrow and the Frank Manning Memorial Trophy game is on Friday. The weather is set fair so why not head along to the Park to cheer the players on? Both games start at 11.30am.

July 20: Cricket, sunshine (probably), barbie… what more could you want? Head to the Park today for our Super Sixes tournament, it’s bound to be loads of fun. If you are available to play, there’ll be a place for you to take part, too. It starts at noon.

July 15: Knebworth Park will be running four weeks of summer cricket camps for juniors, starting on July 29. It’s fun, it’s friendly and it costs peanuts. Suitable for children aged from six to 12. Watch this space as more details will be posted shortly. For information, call Russell Haggar on 07889607855

July 13: Our super six-a-side tournament is only a week away and we still need more teams. It promises to be a terrific, fun-packed day for all the family. If you want to take part let Chris Johnson know on 07867 580492. You can read all about it here

July 11: Are you free tomorrow? Fifth XI captain Dave Mantle is two players short for tomorrow’s game. His team is at home at the picturesque Aston ground so no long schlep to Enfield or anything like that. If you care free please give him a buzz on 07734 865632

July 5: We don’t want to nag but… please pay your flippin’ subs. To keep the club solvent so we can all enjoy our cricket, we need members to pay up promptly. Too many people are still holding out this season and that has a knock-on effect for all of us. There are a host of ways to settle up and the details can all be found here

July 2: We still need teams for our six-a-side tournament later on July 20. It promises to be a terrific, fun-packed day for all the family. If you want to take part let Chris Johnson know on 07867 580492. You can read more about it here

June 30: An under-18 touring side from New Zealand will be taking on the Park tomorrow. Why not pop along and cheer them on?

June 27: A very happy birthday to former club chairman Mark Klimek who is celebrating his 5oth in some style at the Park tonight. The marquee is up and it looks like being a cracking night… and probably quite a long one. However, a hangover will be no excuse for bowling half-trackers or getting a duck tomorrow!

June 25: The Park are in action today against Stage, the cricket club for members of the theatrical profession. Should be a good game, so why not pop along and catch the action. The game starts at 2.30pm.

June 24: Herts over-60s have a fixture against Surrey at the Park today. The action starts at 1.30pm. Why not pop along and cheer them on?

June 22: We have a return match against our friends from Stage, the cricket club for those from the theatre professions, on Wednesday. They gave us a good game earlier in the season and we want a full squad for the rematch. If you are available, please call Eddie Large on 07801570401

June 21: It’s a beautiful day, so why not head down the Park this afternoon and watch some cricket? The Firsts are taking on Langleybury and a new-look Thirds will be hoping to find some form and win their first game of the season. Sunshine, a beautiful setting, a fully-stocked and the barbie running later in the evening. C’mon, what could be better?

June 19: In case you hadn’t realised it’s England v Uruguay tonight (Thursday)… and the game will be on in the clubhouse and the barbecue will be fired up. It’s also a training night and the under-14s will be in action looking to make it three wins in a row

June 18: Poor availability this weekend means the Sixth team fixture at home to Old Camdenians has been cancelled. It’s the second week in the row that Gareth Taylor’s side has had to forfeit. If you are available for this weekend, please let the usual people know as we may yet need more players

June 16: Thursday will be a busy night at the club, with training, the England-Uruguay game on TV and a barbecue. Also, the under-14s are at home to Welwyn Garden City. They also play Shenley on Tuesday at home, having had a good win last week with something of a makeshift side against Bishop’s Stortford

June 14: Special offer in the bar tonight – bottles of Budweiser for just £2. Also the BBQ will be running until 11pm ahead of England’s World Cup game with Italy, which is being screened live in the clubhouse

June 14: The Sixths fixture v Datchworth IVs is off because of a lack of player availability. It’s been a frustrating week for sixth team captain Gareth Taylor, whose squad of 16 potential players for the game had dwindled to just four by last night because of drop-outs, mostly from other teams.

June 13: The sun is out and the weekend is nearly here. Why not head down the Park this evening for a drink and a BBQ as there is a social game and the under-13s are in action, too? Tomorrow, the Firsts and Thirds will be in action at home on another big Saturday of league action followed by the England v Italy game, screened live at 11pm.

June 11: Apparently, there’s some football tournament or other starting this week. We will be showing the England v Italy game live at the club on Saturday after the much more important action on the cricket field. We will have drinks deals and a BBQ on the go, so come and enjoy the atmosphere in the clubhouse…

June 10: Anyone looking to purchase the snazzy new Knebworth Park kit needs to have an order placed by tonight. Shaun Robinson will be around at training, so why not get some new shorts and and a T-shirt for this glorious weather?

June 9: We need all juniors to complete the registration process; it involves a bit of a form filling but it’s imperative that we have all the necessary information. You should have received an email about it with all the details. If not, please email juniors@knebworthparkcc.com urgently.

June 6: On a beautiful, sunny and relaxed day at the Park, our visitors from Slovenia, Mezica, beat the Rain Men, chasing down 148 with several overs of their allotted 35 remaining

June 6: No Sixth XI fixture tomorrow after the opposition withdraw from league. Fourth XI match moved to Aston as Stevenage are unable to use their home ground.

June 6: The sun is out, it’s going to be a glorious day, so get down to the Park to watch our visitorSlovenia 1, England 0s from Slovenia, Mezica, take on The Rain Men. Great cricket, great weather and great company… what more could you want? It starts at 2.30pm, with food and drink served until everyone goes home! Don’t miss it!

June 4: We don’t want to sound grumpy so here’s just a gentle reminder that you need to make sure your subs are fully paid up. The club needs every penny to meet its financial commitments. If you aren’t up to date, you can risk not being considered for selection.

June 3: A team from Slovenia is playing a friendly against The Rain Men at the Park on Friday starting at 2.30pm. It promises to be an entertaining and very sociable game and we would like a good turnout from the club to cheer them on and help man the bar and barbecue. Both sides have a genuinely fascinating history and are packed with great characters, so look out for a full preview to be posted online shortly

June 3: Rained off under-13 fixture away at Radlett, which had been pencilled in for Friday, June 6, has been postponed again until later in the month

June 2: The 20-20 fixture against Harpenden, which was washed out last week and rescheduled for Sunday, is being rearranged. July 6 is the likely new date; put it in your diaries (in very light pencil!).

May 30: Are you free tomorrow? If so the sun will be shining (probably) and Gareth Taylor is still short for his side’s game against Hitchin. Call him on 07531 590360

May 28: The junior summer camps scheduled for tomorrow and Friday are definitely ON. Top quality coaching and loads of fun. What more could you want for just £15?

May 27: Our junior development day, one of the highlights of our junior calendar, has become the latest casualty of this ridiculously soggy week and has been abandoned.

May 26: Over-60s match v Bedfordshire is called off. Let’s hope the weather clears up for our youth development day on Wednesday

May 25: 14-14 action is under way; already been some terrific hitting. It’s a lovely day at the Park so get down there!

May 24: Fifths game called off after all

May 24: Bar is open ahead of the arrival of club legend Jarrod Turner for tomorrow’s 14-14 tournament

May 24: The Firsts’ fixture at top of the table Hertford is on as is the Fifths’ local derby at Stevenage. However, the Seconds, Thirds, Fourths and Sixths are condemned to an afternoon of shopping and DIY

May 24: Junior training is off because of the overnight rain

May 23: Now, the Fifths are a man down. Anyone fancy keeping wicket? Call Dave Mantle

May 23: Panic on for the Sixths. One more player needed following a late withdrawal. Call Gareth Taylor

Urgent appeal for players tomorrow
May 16, 2014