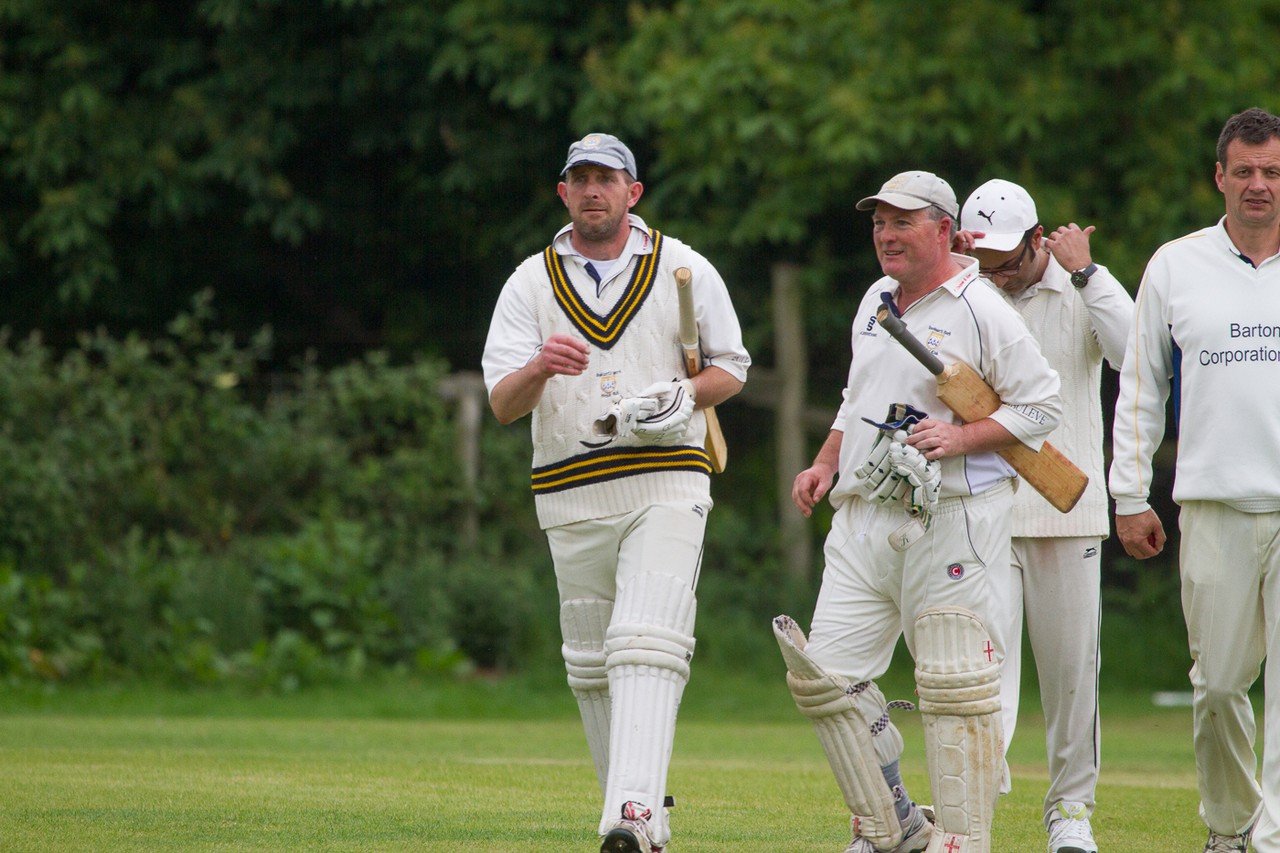 The Fourths continued their good start to the season with a convincing victory over Boxmoor II. The toss was always going to be important and captain Mark Folwell, pictured above with senior batsman John Inman, wasted no time in asking the opposition to bat first.

Although the ball was moving around, the two Boxmoor openers coped with it well and, at one stage, it looked like Park might be chasing a big total. It took the introduction of spin to make the breakthrough with the score on 49 but when it did come it was worth the wait, with Folwell taking a wonderful running catch down by his ankles.

It was to be the first of two wickets for Sayf Khan in his spell of nine overs for just 12 runs and he bowled really well with great flight and control of length.

This wicket brought a flurry of others as Harvey Turner was introduced and he and Khan tied down the opposition players. Turner once more bowled excellently, with his variations often too much for the Boxmoor middle order and he could easily have finished with more than the four wickets he ultimately collected.

In reply, Knebworth lost Dave Barwick cheaply but this brought Sayf Khan to the crease, and, along with Archie Stephens, he soon had the scoreboard moving along nicely.

Stephens lost his wicket for 21 well-made runs but not before he had played a couple of lovely looking drives back past the bowler. Khan continued to take the attack to the opposition and had soon rattled up 53 runs of his own before he was dismissed.

Care was needed as the game hung in the balance and could have gone either way but John Inman (15 not out) batted sensibly to steer the score past 100.

The loss of another couple of wickets brought Mark Folwell to the crease and he finished off a superb individual display by cracking a rapid 34 not out, including two enormous sixes, to bring his boys home with plenty of overs to spare.

All in all, it was another strong performance from still undefeated Park who will be confident heading into next week’s derby against Stevenage.

You can see Mike Jones and Jonathan Cirkel’s gallery of photos from the game here.