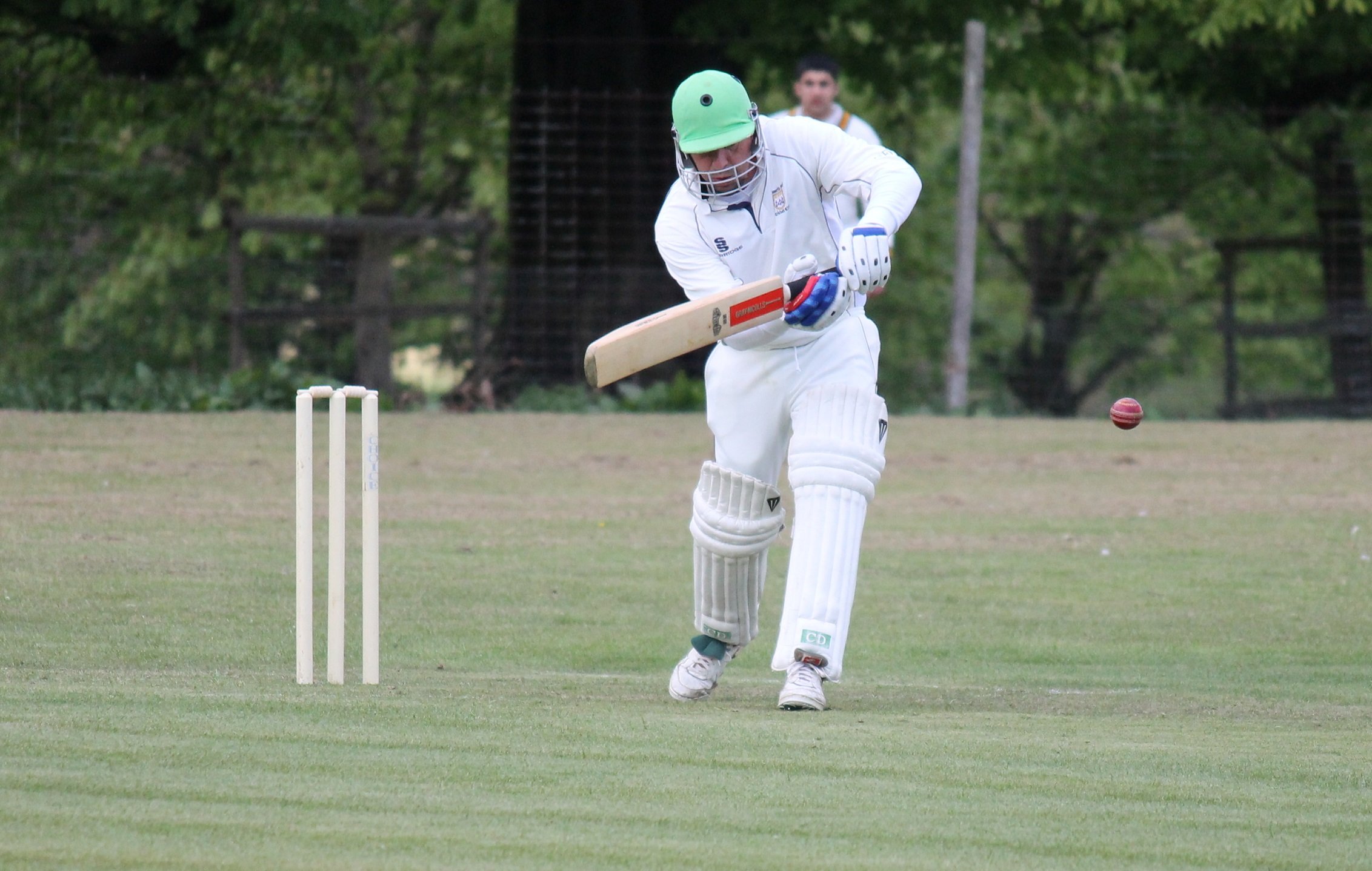 The day got off to a great start as, after being put into bat, openers Dave Barwick and Nick English put on an impressive 116 for the first wicket.

Against a good bowling attack, English in particular hit the ball beautifully, hitting three sixes and four fours in a very good knock of 74. At the other end, Barwick grew in confidence as his innings progressed, timing some lovely drives as he also passed the 50 mark.

Eventually the partnership was broken when Barwick was bowled for 53. The runs were made against a very good Little Berkhamsted seam attack and looked to have put Park in a strong position.

Sadly, the rest of the batting collapsed in spectacular fashion and, in a spell that included losing five wickets for no runs, Knebworth went from 137 for 2 to 137 for 7 and the innings closed with them all out for 150. It was well below par considering the flat pitch and fast outfield.

After tea, Park took two quick wickets to raise hopes of an unlikely victory as the two Little Berko openers were sent back with the score on just three.

Despite the opposition number three striking the ball excellently, the Park bowled and fielded brilliantly throughout and continued to chip away.

Mark Taylor bowled a massive 22 overs, including 13 maidens. His line and length was very consistent and he could easily have had more wickets than the three he finished with for the cost of just 24 runs.

He bowled in tandem with Harvey Turner for a big chunk of the match and Turner was again among the wickets in taking 4 for 62.

The bowlers were backed up all day by some excellent fielding, including two very good catches from Harry Holman and Guy Johnson.

With the Little Berko side reduced to 71 for 5, all results were possible but, unfortunately for Park, the opposition No.7 batted very well to help see his side home with three wickets to spare.

A disappointing day for Park after they were so well set at the half-way stage of their innings but they can take heart from a superb fielding display and making the table-topping opposition fight for their win.